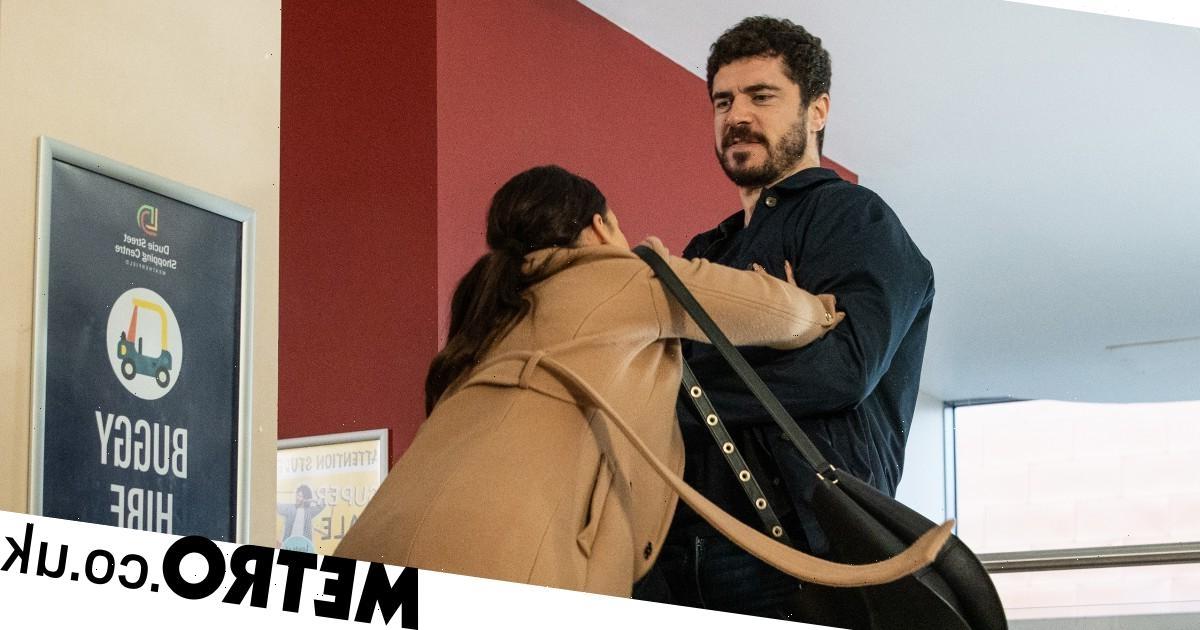 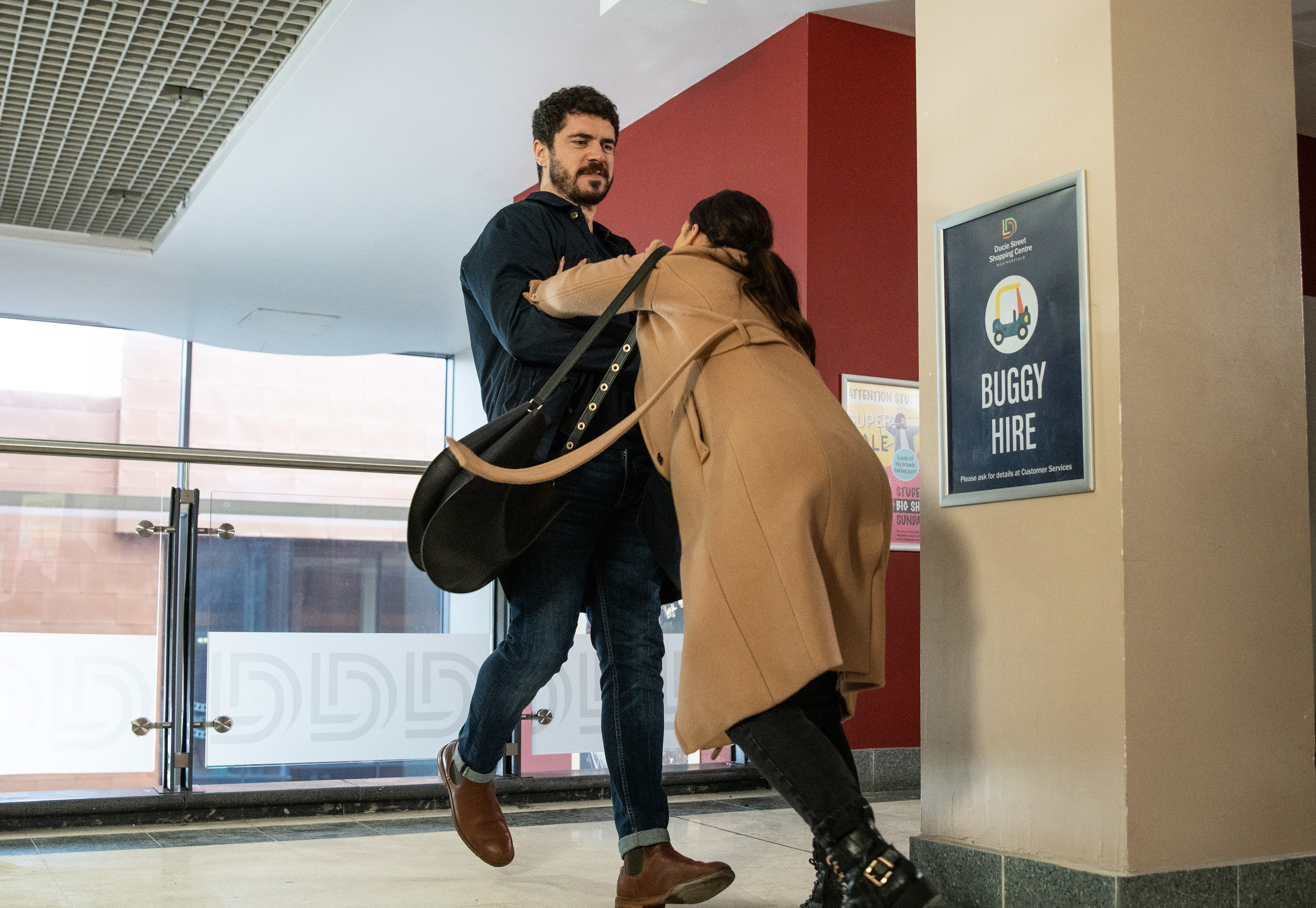 Lydia Chambers (Rebecca Ryan) recently told Adam Barlow (Sam Robertson) she won’t stop her revenge until she’s destroyed him – and she really lives up to her word in upcoming Coronation Street episodes as she pushes Adam over a balcony.

Coming up, after Sarah (Tina O’Brien) delivers more bad news to Adam, he steals her phone and texts Lydia.

Meeting up with his ex in a café, Adam presses record on his phone, ready to catch her in the act.

However, Lydia realises what Adam is doing and deletes the recording.

Asserting he’s had enough of her games, Adam tries to wrestle his phone back, but as Lydia lets go, the phone smashes to the floor.

Lydia rails at Adam for his treatment of her all those years ago, causing him to feel a pang of guilt.

Meanwhile, as Daniel (Rob Mallard) scours the shopping centre for Adam, he hears a noise coming from the balcony.

In a rage, Lydia slaps Adam and gives him an almighty shove.

As Adam topples backwards over the railings, Lydia watches with horror.

Will he survive the fall?