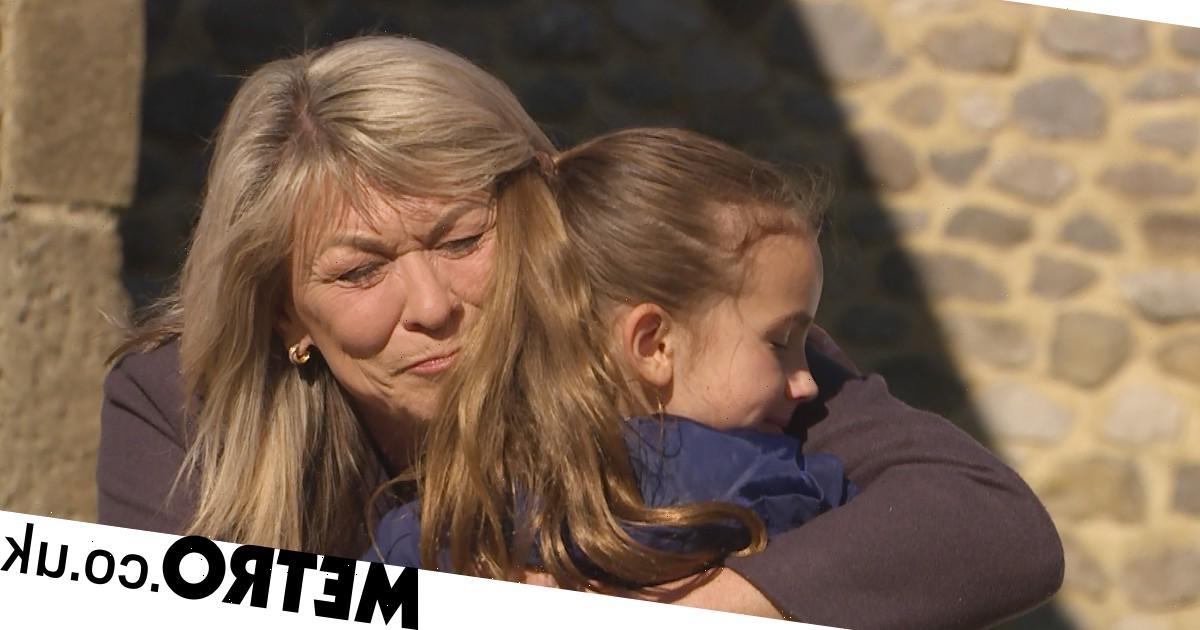 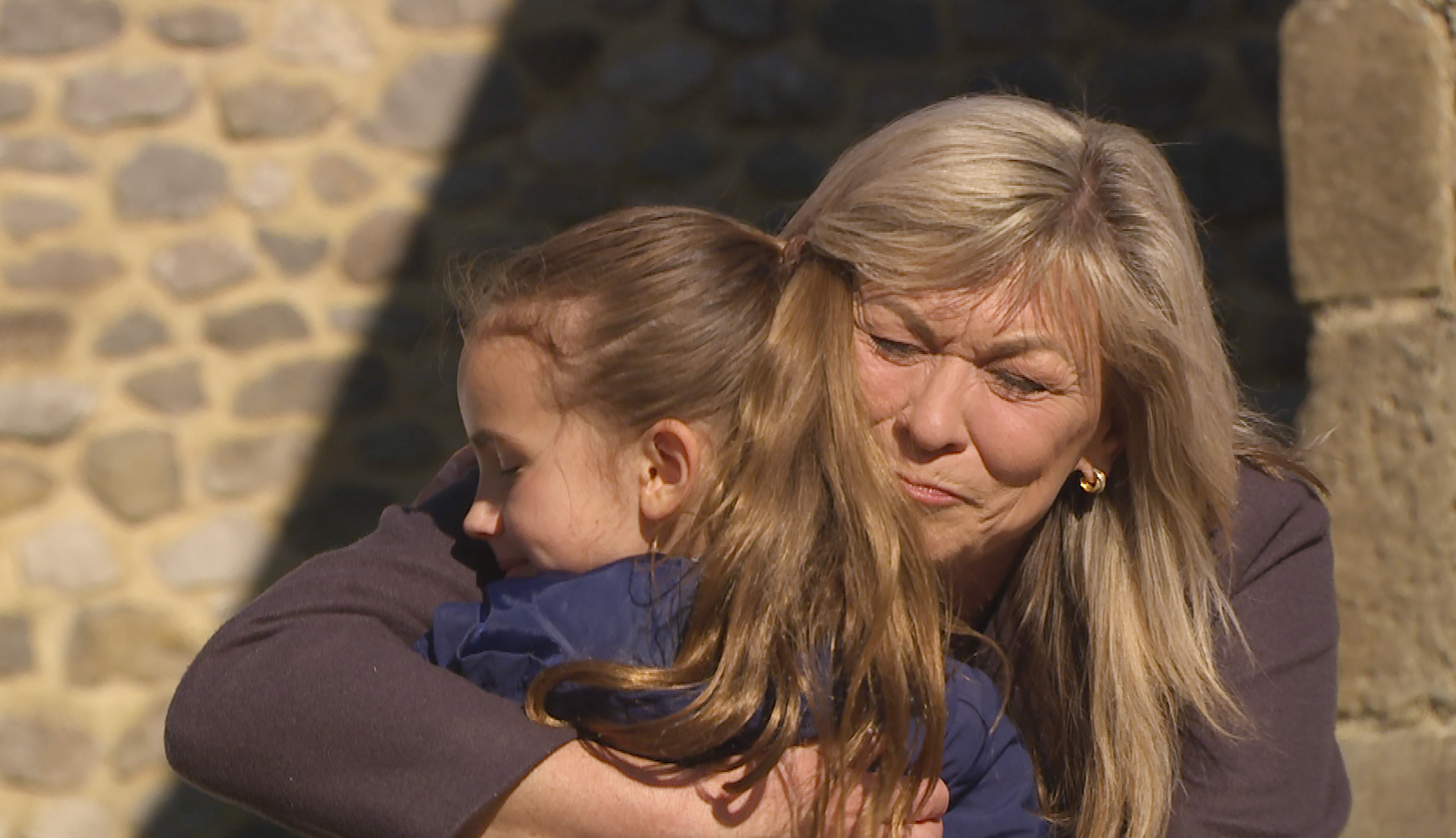 Kim Tate (Claire King) is excited about an upcoming reunion with her granddaughter Millie (Willow Bell) on Emmerdale – but not everyone is as pleased as she is.

Millie is the daughter of Kim’s son Jamie, who is officially dead – but viewers know he actually isn’t. He’s actually alive and well and living with Millie and Andrea’s mum Hazel.

Kim, however, currently believes that Jamie is dead. Will (Dean Andrews) got close to discovering the truth after Gabby (Rosie Bentham) became convinced Jamie was still alive after something Millie said at Thomas’s christening. Will went so far as to get a sample of Thomas’s hair to give to a dodgy man called Mike who promised to clear the mystery up – but Jamie paid him to pretend the DNA test result wasn’t a match.

The negative DNA result seemed to prove conclusively that Jamie was dead after all, and because of this Kim is more keen than ever to have a relationship with Millie.

But Kim’s household has recently increased after the arrival of Clemmie (Mabel Addison), the little girl that Dawn (Olivia Bromley) and Billy (Jay Kontzle) are fostering after finding her living in squalid conditions after her mother’s death.

It hasn’t been easy for Clemmie to settle in at Home Farm after the repeated upheavals she’s experienced in her young life, and when Kim announces that there’s another little girl in the family, Clemmie is worried. Could this mean that there won’t be any room for her? Is Millie going to take her place?

It’s going to be a challenging time for Kim. And that’s even without the knowledge that the son she thought was dead is, in fact, alive. That’s going to be a hard secret for Millie to keep, too.