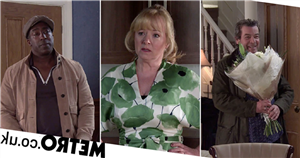 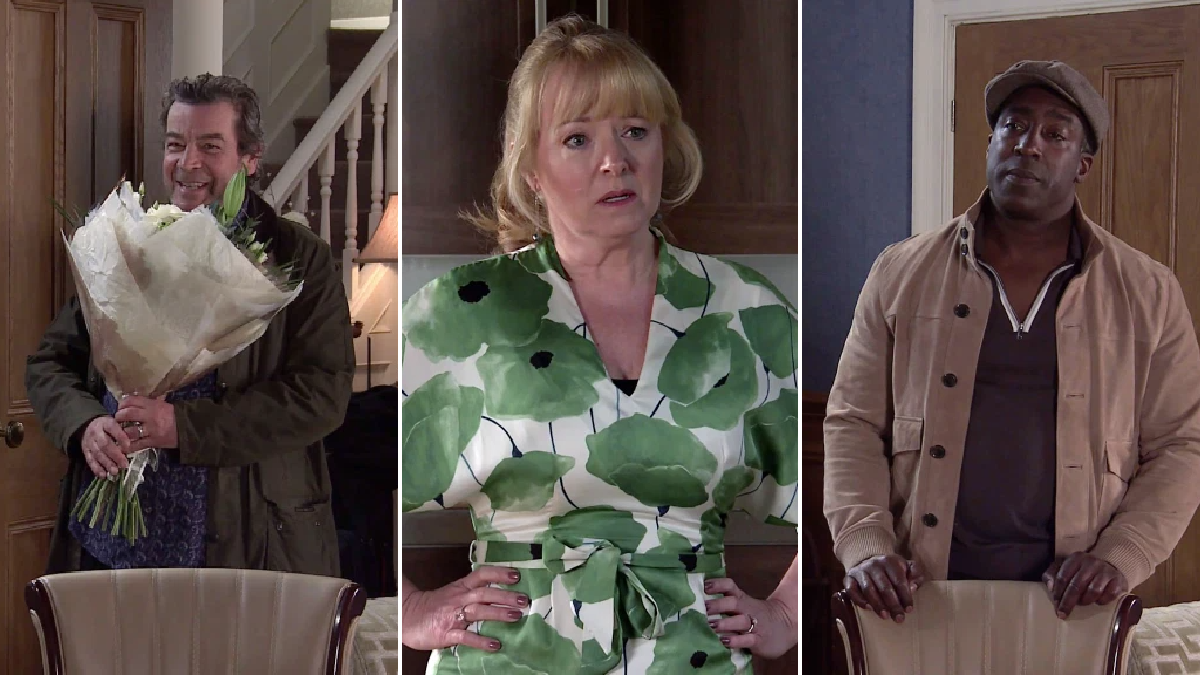 Chemistry between Jenny Connor (Sally Ann Matthews) and Ronnie Bailey (Vinta Morgan) is growing in Coronation Street, but with Johnny (Richard Hawley) making his return soon, will this lead to the couple splitting when Jenny dumps him for Ronnie?

Ronnie suggests to Jenny she could come with him to pick up Ed’s (Trevor Michael Georges) camper van and Daisy (Charlotte Jordan) clocks their intimacy.

Ed is shocked to realise his brother is leaving. His bags packed, Ronnie begs Jenny to give him another chance, but they’re interrupted when Johnny returns carrying a bunch of flowers.

Following some awkward introductions, Ronnie explains he’s just leaving and picking up his bags, he heads out.

Johnny hugs Jenny, glad to be home and thanks Daisy for looking after Jenny while he was in prison.

Johnny later assures Daisy that he loves Jenny, he hasn’t been the best husband, but he intends to make it up to her.

Could this be hinting at a future between Ronnie and Jenny?

Will Jenny act on her feelings and dump Johnny?