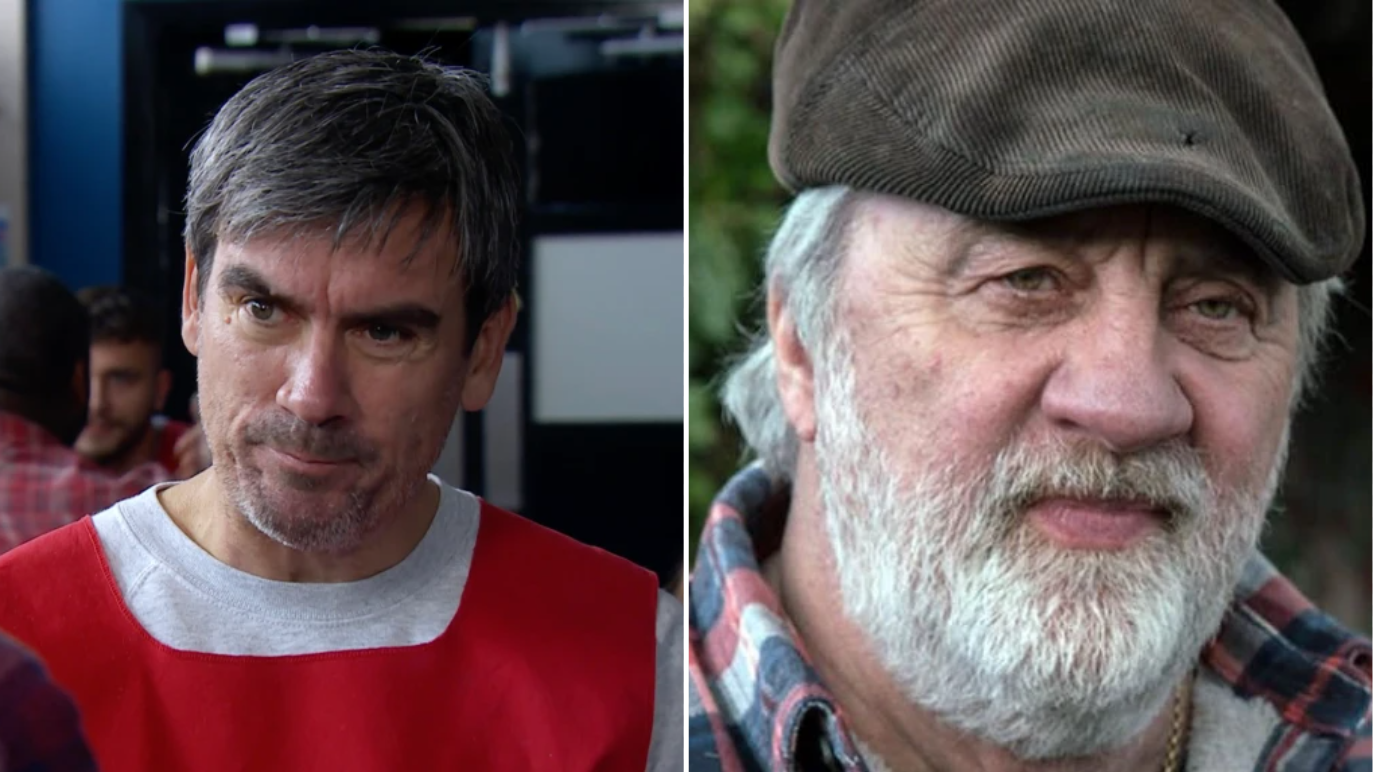 Cain (Jeff Hordley) was at his most vulnerable in tonight’s Emmerdale, as Sam (James Hooton) visited him in prison in emotional scenes.

Since Cain took the decision to face jail to protect his son, Kyle (Huey Quinn), from punishment after Kyle shot Al Chapman (Michael Wildman), he’s been trying to put on a brave face. Visits from Moira (Natalie J. Robb) were obviously emotional reminders of the life that he’d sacrificed, but it was important for Cain to stay strong for Moira’s sake.

With his half-brother, Sam, Cain didn’t have to put on such a brave face. ‘It’s hard, Sam. In here,’ Cain told him. He said he missed people on the outside. ‘How many times have people needed me?’ he said. ‘More times than you think, I reckon,’ Sam replied, and this simple statement that he was loved and needed brought a tear to Cain’s eyes.

Then he asked about their dad, Zak (Steve Halliwell), and Sam said he hadn’t heard much from him.

‘I wish I could buy you a pint,’ Sam said. Cain replied that he wished he could buy Sam a pint, and Zak. Sam said he’d hold him to that but Cain admitted, ‘We both know I’ll be visiting Dad’s grave by the time I get out.’

Later, as the visiting hour ended, Cain told his brother that he couldn’t cope with prison life if he kept being reminded of the outside and didn’t want him to come again. ‘I can’t do this in here if I’m thinking about everything else out there. This is killing me. It’s better off this way. I’m best off on me own. I will be fine.’

And then, heartbreakingly, he had a message for Zak. ‘Tell Dad goodbye.’