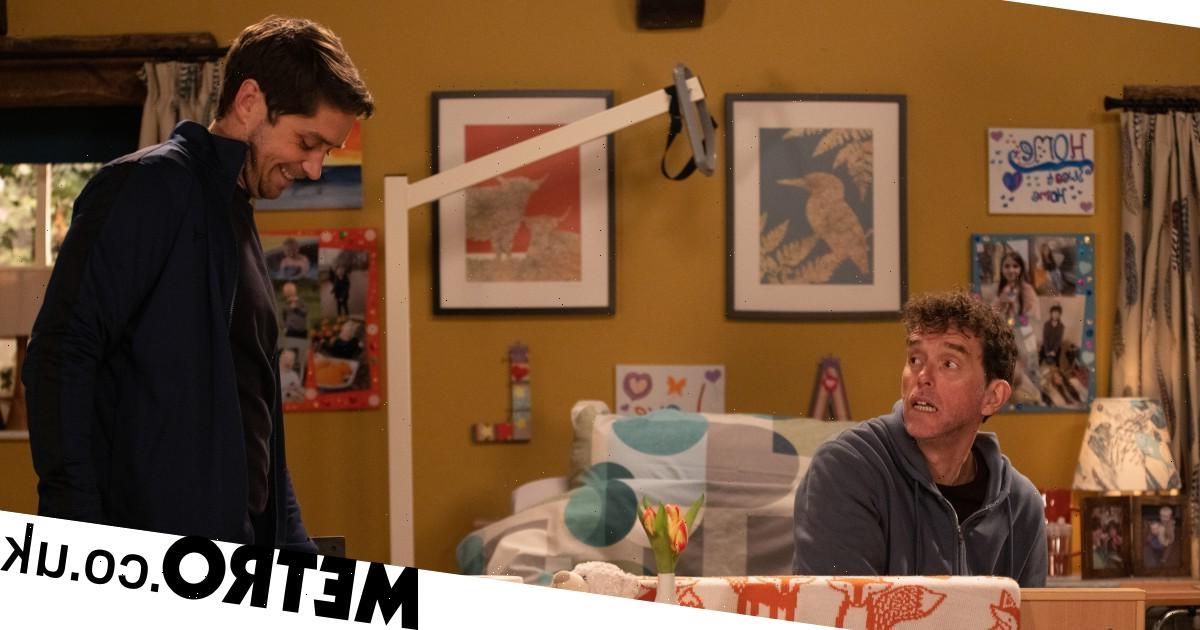 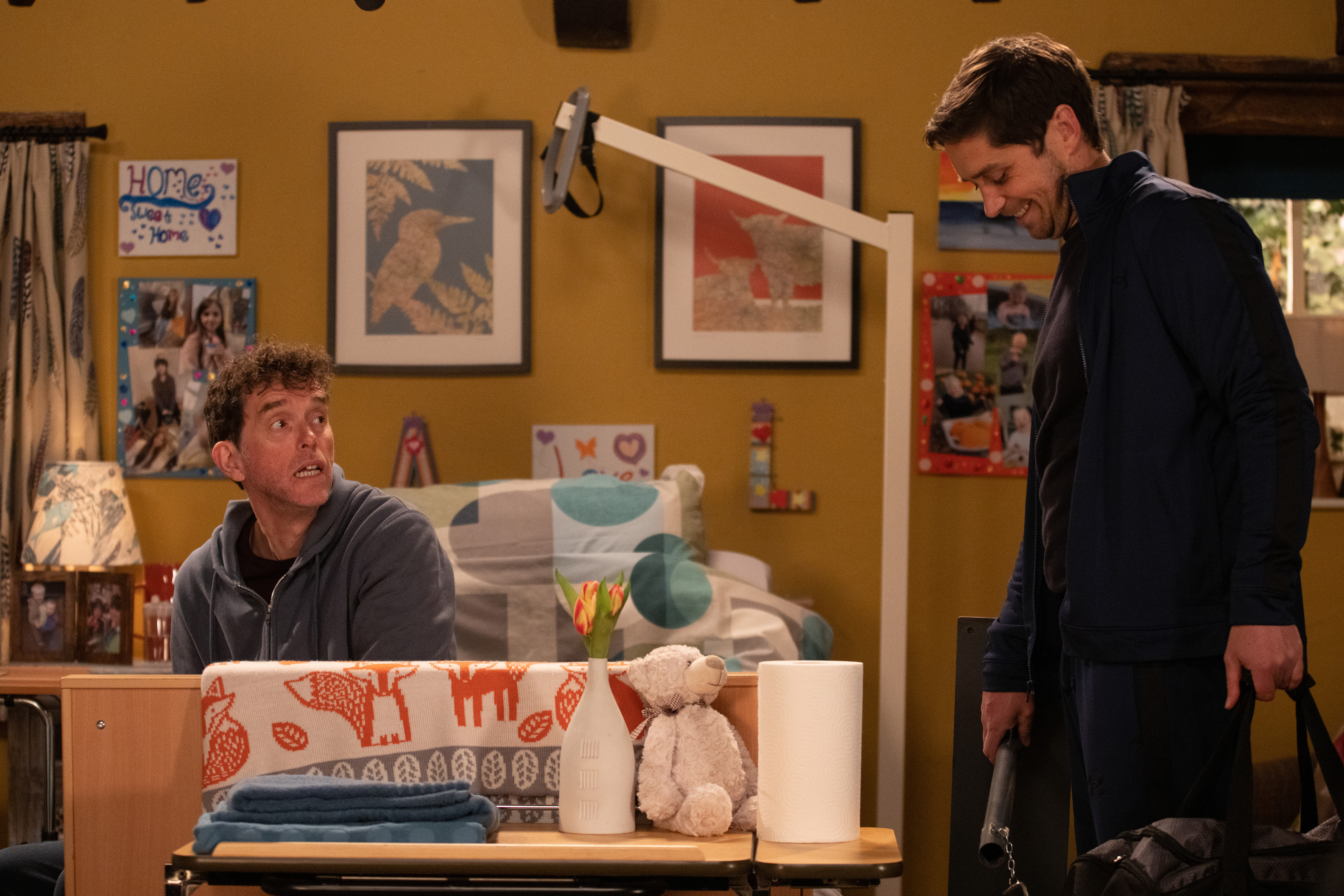 Marlon Dingle (Mark Charnock) was able to stand on his own during tonight’s Emmerdale.

Last night, Marlon clashed with physiotherapist Kit (Thoren Ferguson), who was keen for Marlon to stand on his own using the parallel bars.

As much as Marlon tried, he wasn’t quite strong enough and asked Kit to leave, angry at him for being too forceful.

Kit and Mary (Louise Jameson) struck up a deal with Marlon in the end, as they all agreed to alter some of the activities in his recovery to make it more enjoyable.

After teaching Kit how to cook ratatouille, Marlon felt much better about his progress.

Tonight, Kit was back and initially put forward the idea of doing something a little less challenging.

Marlon disagreed and he was determined – today would be the day he stood on his own.

With the parallel bars out, Kit assisted Marlon and, after a couple of attempts – he stood up on his own.

It was only for a few seconds, but Kit, Mary and Marlon’s reactions said it all – this is huge progress.