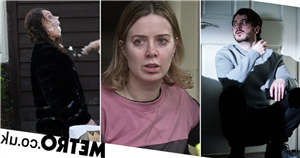 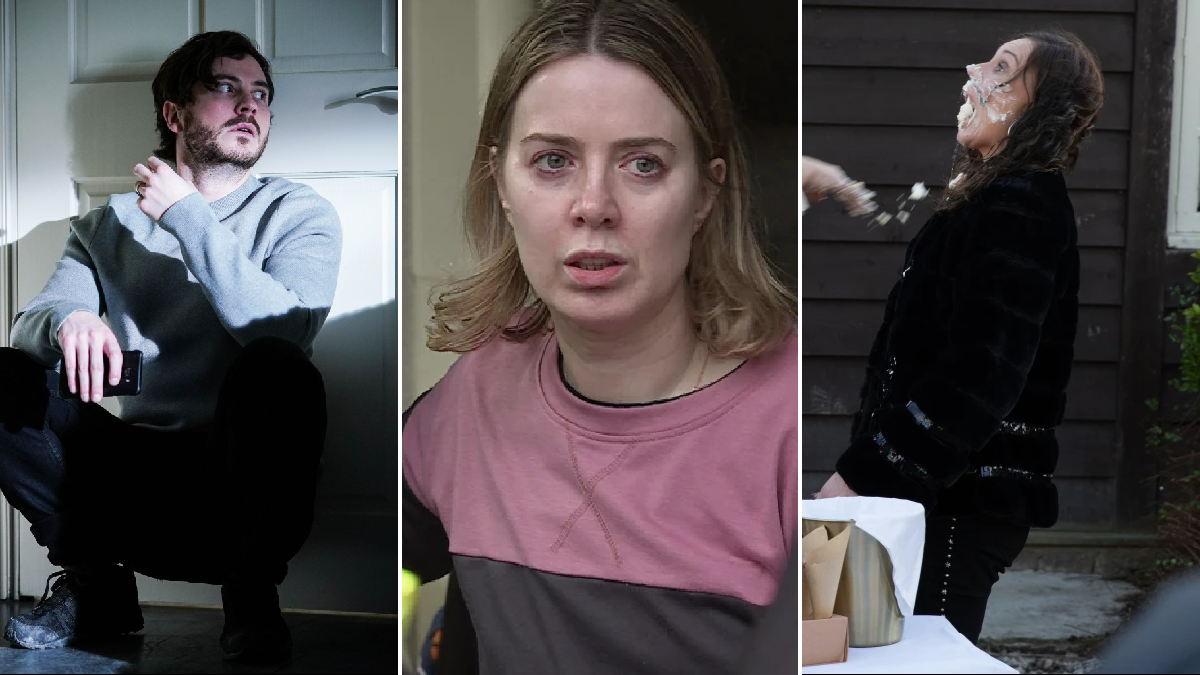 Next week is bad for soap killers – as justice comes calling for those committing murder – but do either of them feel even a hint of remorse?

It’s a big week in EastEnders as Gray Atkins’ (Toby-Alexander Smith) murders are exposed and a set of showdowns follow – but will anyone die as he takes his last stand?

Elsewhere, Emmerdale’s Meena Jutla (Paige Sandhu) is making more plots from prison, determined to cause as much suffering as possible.

Elsewhere, another villain in soap, Lydia (Rebecca Ryan) gets the result she wants in Coronation Street while James Nightingale (Gregory Finnegan) makes a major decision

After Whitney discovers that Gray killed Tina, she breaks the horrifying news to Mick and Shirley. Before long, Shirley is banging on Gray’s door, determined to make him pay.

The truth is out and Gray knows that he has to leave the Square to evade the vengeful victims and the police. Packing a bag, he prepares to flee – but his attempts are futile.

A dangerous showdown unfolds between Gray and Whitney and as Whitney stands her ground, events spiral out of control. Will both of them emerge from this alive?

Abi’s life is spiralling out of control as she spends more and more time with Dean. But in a traumatic turn of events, Dean kicks her out of the car on a country road; just as Abi goes into labour

Kelly finds her ill mum Laura in a seriously bad way as her illness consumes her. But Laura remains adamant that she wants to keep things under wraps so Kelly lies to a concerned Maria.

Emma’s feelings for Jon increase and she meets up for drinks with him, despite hiding the secret of the hit and run death. She confesses to Amy and vows to keep Amy’s Jacob secret in return.

The war of the Woolpack explodes as tensions rise between Charity and Chas – leading to an almighty fight in public. Can they make it through this?

Mandy is hurt over Vinny and Liv’s secret wedding but can their invite to her as the VIP guest of honour to the Woolpack party appease her?

Meena’s manipulation continues as she implies that Manpreet is responsible for many of her killer crimes. Soon, the police take her in for questioning…

A special episode focuses on the women of Hollyoaks as they navigate their own situations; leading to some new friendships being born and some big decisions made