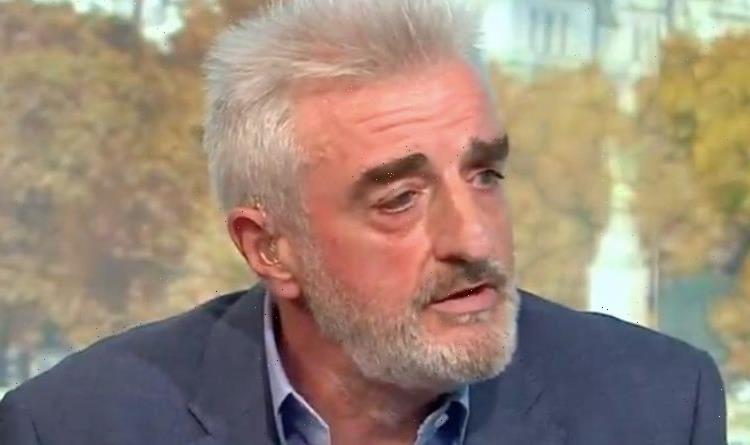 SNP MP Tommy Sheppard has denied calling the “unacceptable delays” of ambulance wait times in Scotland a “crisis”, but a “serious problem”. Meanwhile, Conservative MP Siobhan Baillie urged “intervention” from Nicola Sturgeon on this problem. The discussion came after the Scottish Government asked the British Army to provide military support to help deal with the pressure in the Scottish Ambulance Service (SAS).

Speaking on BBC Politics, Tommy Sheppard said:“We’re all used to the Scottish Conservatives playing games with politics whenever they get the chance. It is a serious problem.

“It’s not acceptable and action is being taken to deal with the both in the short term and in the longer term.

“And I’m confident that we will be able to work in partnership with our staff to make sure that we deliver a satisfactory service to clients.”

The host then asked: “But you accept that it’s a crisis?”

Mr Sheppard replied: “I am not using the term crisis, it’s a serious problem.

“It’s unacceptable that delays taking place in the service at the moment, which are being addressed, being worked upon and being fixed.”

The host then askedSiobhan Baillie: “Do you also agree with Tommy that this isn’t just unique to Scotland, that there are problems with particularly ambulance services in England too?”

Siobhan Baillie answered: “You’ve seen the record investment to try and assist the NHS out of the pandemic and deal with a backlog.

“And I think just to the point with Scotland, I mean the front page headline says, ‘here comes the fire brigade’, but actually unite as calling for the army.

“The Scottish Conservatives are saying that it is at a point that the problem that Tommy refers to that we do require some really serious intervention, and to my understanding, we have not heard from the First Minister.

“There’s been silence and the Health Minister sort of compounded and exacerbated the problem by suggesting that people should think twice about calling an ambulance.”

She added: “And you know that is not solving the problem. That’s more dangerous.”

The Scottish Government asked the British Army to provide military support to help deal with the pressure in the Scottish Ambulance Service (SAS).

Nicola Sturgeon was pressed last week in Holyrood about one patient who died after a 40-hour wait for an ambulance.