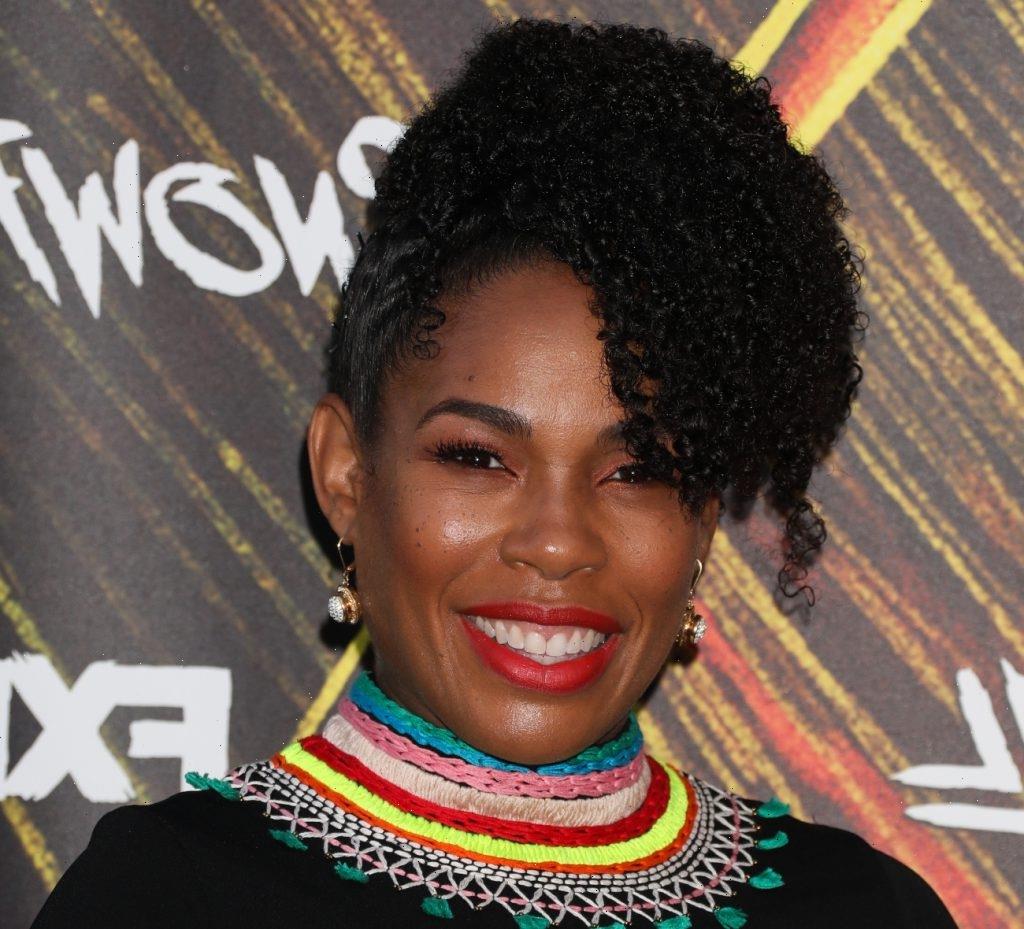 If snow actually fell in Snowfall, it wouldn’t be hard to peg that Louie would be the one to warn everyone of an incoming storm. Played by the talented Angela Lewis, Franklin Saint’s tough but wise auntie has a knack for being on point when it comes to foreshadowing.

For four seasons, viewers have watched moments where Louie served up her side eye with a dose of sage advice and common sense. Given the events of season 4, the family is at risk and so is the business thanks to several characters. And it’s been creating chatter on social media.

During an interview with Showbiz Cheat Sheet, Lewis dished on fan love for the TV show and what she thinks of fan theories. Additionally, she agrees that there are actually two characters who should get clipped following the last few episodes.

We asked Angela Lewis about whether she keeps up with fan predictions and social media discussions about the series. Note: keep the Snowfall hashtags and commentary coming.

Lewis and co-star Amin Joseph are engaged in what fans have to say on Twitter, and she revealed that some of the guesses are right. They love to see it.

“Snowfall fans are on it. Some of their predictions are wrong, but they’re really thought out,” she said, explaining that some theories would actually make good plot points. “And then other times, people are spot on. And then sometimes people are wrong and it’s hilarious.”

Lewis added that the Twitter predictions are her and Joseph’s favorite part of Wednesday night Snowfall conversations. “Some things are wild, and some things are like, ‘Oh my God, if they only knew how right they were.’”

Lewis agrees that Manboy has to go

Brought into the fold as a distributor, Drew “Manboy” Miller knows Franklin from back in high school. But his allegiance to his sister and Skully has put him at odds with Franklin and everyone on his team.

Long before Louie became collateral damage in Khadijah’s payback mission, there were signs he could be disloyal. Louie predicted there would be problems, and now he’s gunning for the plug, using Tanosse to do his dirty work.

Part of Lewis agrees with the fans who think it’s time for his ticket to get punched. Speaking from Louie’s perspective, she said, “Louie said Manboy from the beginning; they didn’t listen. Look where we are.”

But speaking for herself personally, she loves the character. “Manboy is so charismatic, so I would hate to see him go.”

But Leon raises flags for her too

Surprisingly, Lewis shared that Aunt Louie would put Leon on the hit list too. After watching how he mishandled the Skully situation by harming Khadijah and their daughter, he’s ultimately responsible for the current war.

Fatback is dead, Louie is wounded and fighting for her life, and things are testy in the projects. Others are paying the price for Leon killing Skully and Khadijah’s daughter.

Lewis said she loves Leon and wants him to stick around, but Louie would probably name him as the next one who needs to get popped. On the flip side, Lewis is amused that so many people want to see Irene Abe go when she’s the one trying to expose the C.I.A.

Snowfall airs on Wednesdays at 10 p.m. EST on FX. Fans should tune in for the season finale on April 21.