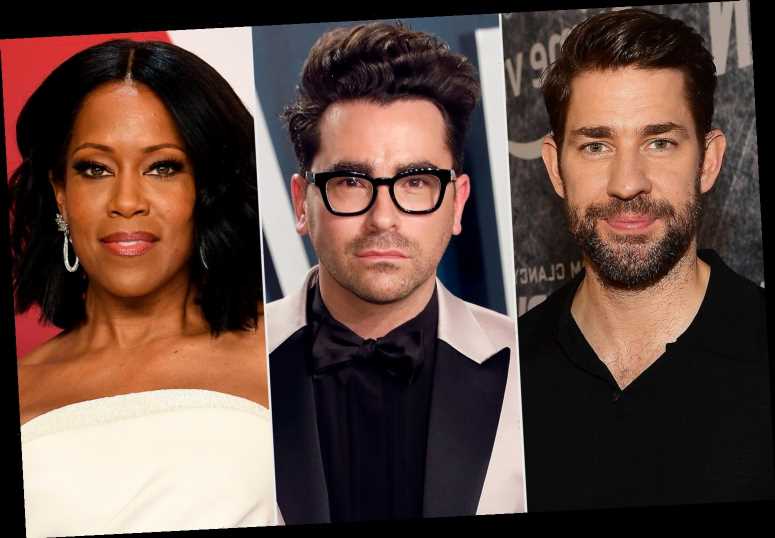 The start of the 2021 Saturday Night Live lineup is here!

SNL will return with a series of consecutive shows beginning on Jan. 30, with The Office star John Krasinski serving as the host and Machine Gun Kelly as the musical guest.

The show will be a first for both, though Krasinski was previously scheduled to host in March before his appearance was cancelled due to the coronavirus pandemic.

The following two episodes will also feature a series of firsts — on Feb. 6, Schitt's Creek star and co-creator Dan Levy will make his debut as a host, joined by first-time musical guest Phoebe Bridgers.

The past year was an exciting one for both Levy and Bridgers, with the final season of Schitt's Creek garnering a record-breaking nine Emmy Awards in September and Bridgers earning four Grammy nods for the upcoming awards show, including best new artist.

Finally, veteran actress Regina King will host SNL for the first time on Feb. 13 and singer-songwriter Nathaniel Rateliff will serve as the musical guest.

The run of consecutive shows will continue on Feb. 20 and Feb. 27, though the hosts and musical guests have not yet been announced.

The sketch comedy show kicked off its 46th season at the NBC studio in Rockefeller Center in October, after having to conclude the previous season with virtual episodes amid the onset of the pandemic.