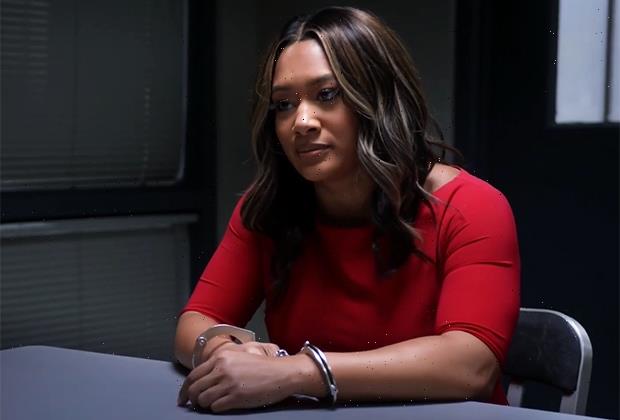 It must be nice to live in Fatima’s head, a magical fantasy realm where you’re always right and your actions carry absolutely no consequences.

Unfortunately, it’s quite a different situation outside of Fatima’s head (aka the real world), where she remains very much in police custody for playing Home Run Derby at Hayden’s apartment. But rather than showing an ounce of remorse for what she did — which includes throwing out Hayden’s father’s ashes and asking, “You wanna join him?” — she doubled down on Wednesday’s Sistas, telling Andi, “Where I’m from, we handle s–t ourselves.”

In other words, how dare Hayden pull a stunt like calling the police on someone who destroyed his car, home and paternal remains completely unprovoked? I can’t exactly blame Andi for saying, “I don’t even know you.” Then again, if Hayden and the judge really do have “history” like Andi suggests, it doesn’t matter how Fatima presents herself — she’s pretty much screwed no matter what.

Still, I wouldn’t recommend repeating what she told Andi to the judge. Saying that “trashing his place and whopping his ass” is “worth every damn day I spend up in here,” probably isn’t the best look. Unless this goes to trial and every member of her jury is Tyler Perry in a different costume, in which case it’s actually a great look.

Elsewhere in the Sista-verse this week… 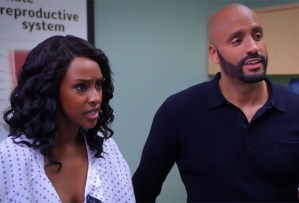 * Just to illustrate how slowly time moved this week, Karen and Aaron spent the entire episode in a doctor’s appointment, where he promised not to pressure her about the timeline of her conception… before doing exactly that when the doctor showed up. And what kind of doctor greets a new grown-up patient by telling her “You are a lovely girl”? Can someone get me a copy of this lady’s medical license? I have questions. We then learned that Karen is four weeks pregnant, and that as many as 10 days could have passed between when she had sex and when she conceived. I’m terrible at math, even Sistas math, so I’m not sure what that means — but judging by her reaction, I’m thinking Zac?

* Was there really no one else Andi could hire to sweep her apartment for cameras and bugs other than El Fuego? I appreciate keeping him in Danni’s orbit for dramatic effect, but even he admitted that his business barely qualifies as a “tech company.” Hell, Andi doesn’t even believe he’s legit, telling herself, “He probably don’t even have no tools.” This… will not end well. Meanwhile, Andi is making Gary jump through so many hoops to date her, he’s practically ready to join the circus.

* I joked last week that I would watch an entire episode of Sistas about Zac and Preston discussing sconces, and I almost of got my wish this week. Their scenes felt like an HGTV home renovation show, combined with terrible relationship advice. I lost it when Zac compared Danni to those sad dog commercials: “You ever see Danni when her wig get wet? All she needs is a strong man to support her and blow dry her hair when it gets wet in the rain.” That’s just wrong. And when Zac said he was merely making an “analogy,” that was also wrong.

* Speaking of Danni, she’s catching big-time feelings for that FBI Agent, especially after seeing him get all emotional during the reunion of several trafficked girls with their families. I thought it was a little strange that the families just got to leave without any follow-up conversations, but who am I to tell the FBI how to do its job?

* And then there’s Sabrina, whose place of business now looks like freakin’ Jumanji thanks to Bayo sending her a literal truckload of flowers. That, coupled with Sabrina’s apparent glow, led Maurice to make a colorful assessment of her after-work behavior. (“5:03? Ho come out. 6:30? Legs open. 9:12? The whole Kama Sutra. Midnight? In a damn bat’s cave.” I don’t even know what that last one means.) Then again, he’s all for Sabrina dating a rich man, especially when Calvin can’t even afford the batteries for her vibrator — not that she should be taking dating advice from someone who’s temporarily housing a man who robbed him at gunpoint. Choices.

OK, let’s talk: Are you chanting #FreeFatima, or should she pay for her actions? What do you make of Andi’s reaction to the news of her pregnancy timeline? And when will Maurice finally kick Que to the curb? Drop a comment with all of your thoughts below.