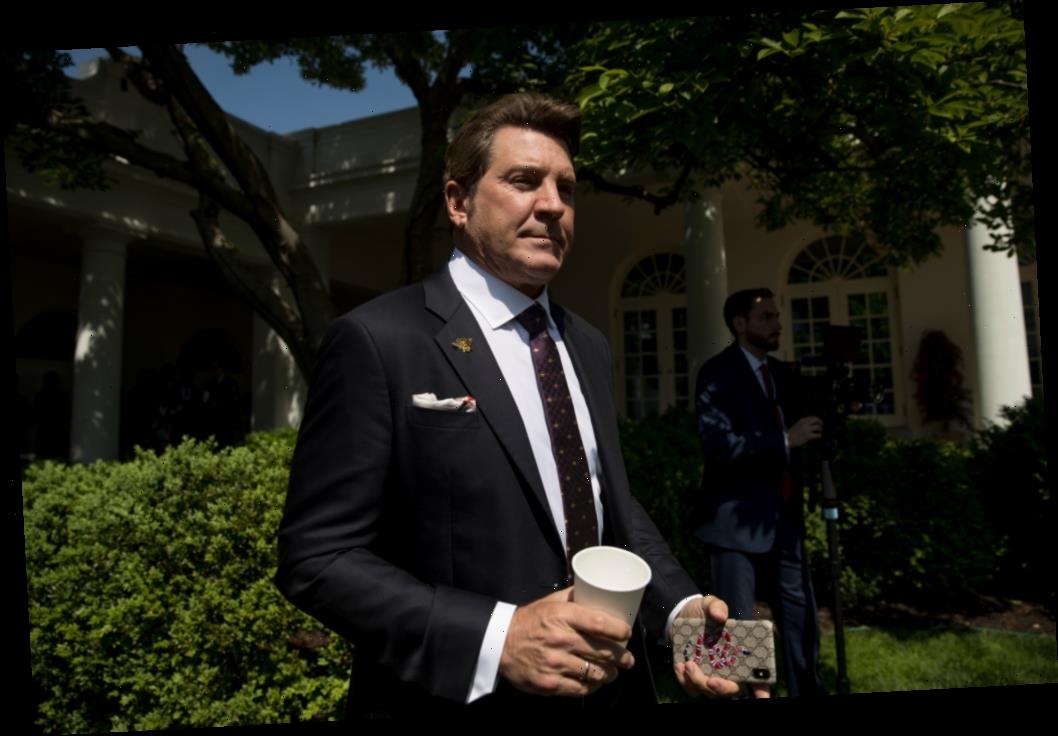 Sinclair Broadcast Group said that it is ending Eric Bolling’s Sunday morning talk show America This Week, as the conservative commentator has announced plans to launch a podcast with Brett Favre.

“America This Week will come to an end on January 31st as Eric has decided to pursue other professional opportunities,” a spokesperson for Sinclair said. “We want to thank Eric and his team for their hard work, dedication and commitment to bringing this show to our audiences each week for the past two years. We wish Eric the best in his future endeavors.”

Bolling was one of the station group’s most prominent personalities, having headlined a town hall with then-President Donald Trump in October. A spokesperson for Bolling referred to the Sinclair statement.

The podcast, Bolling with Favre, is scheduled to launch on Feb, 2, in a partnership with LiveXLive’s PodcastOne, according to Variety.

Last summer, Sinclair scrapped plans for an America This Week segment with a doctor, Judy Mikovits, who claimed that Dr. Anthony Fauci was responsible for the creation of the coronavirus. Video of the segments had been posted to Sinclair station websites before it aired. Bolling wrote in a social media post at the time, “I have always welcomed all points of view on my show and have consistently stood for free speech in my 15 years in media. In this case, admittedly I was caught off guard by some of Dr. Mikovits’ claims. At no point did I agree with her. Further, I brought on another doctor to debunk the theories she espoused. I repeat: I do not agree with Dr. Mikovits.”

“Let’s be honest.. It’s a $hit-show for conservative-media right now. We are becoming a Greek tragedy.. a spectacle. Time to go back to basics.. (cathartic cleansing) fix our own house.. and emerge better, smarter and with a cogent message,” Bolling wrote.