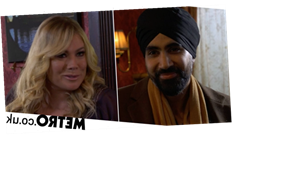 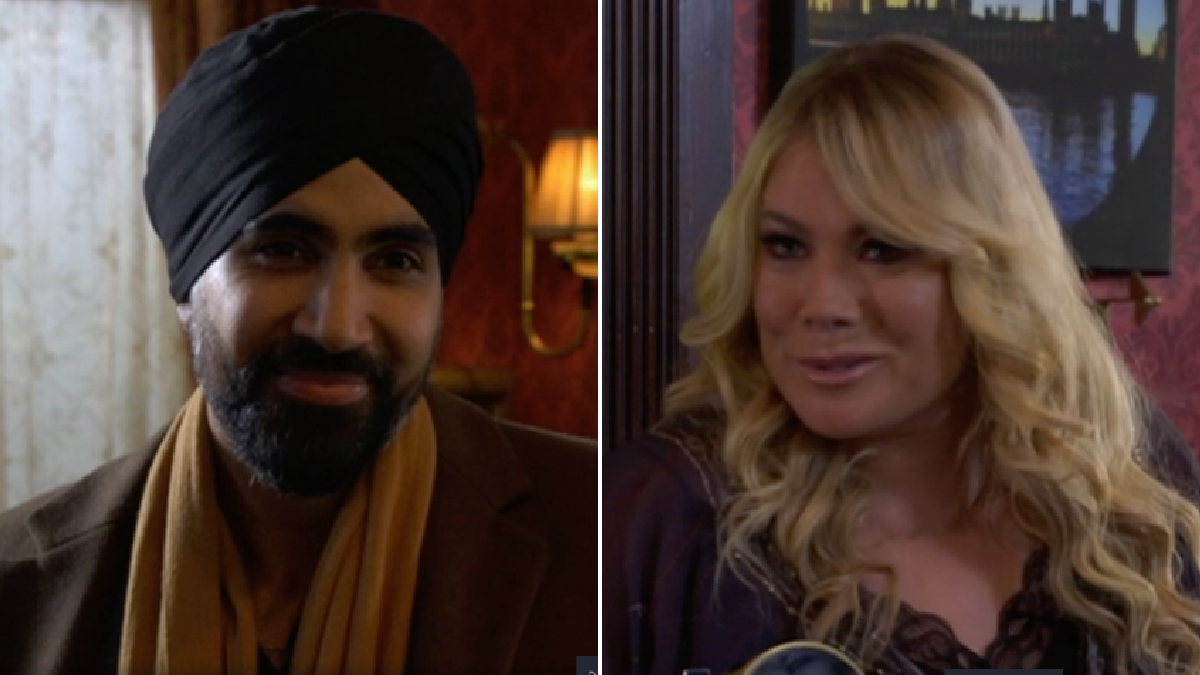 Sharon Watts (Letitia Dean) and Kheerat Panesar (Jaz Deol) flirted with one another in EastEnders tonight (February 25), but could there be romance on the cards for the pair?

Sharon received a delivery of cardboard boxes — no doubt to prepare for her impending departure from The Vic, after she signed the premises back to Mick and Linda Carter (Danny Dyer and Kellie Bright).

Kheerat popped by for a drink — hot off bagging a deal with Stas, after sucessfully poaching him from the Mitchells.

He asked if Sharon would like him to take the boxes upstairs, but she declined his offer — instead enquiring if he knew of any flats going spare in the Square, but Kheerat did not, and suggested that she could perhaps ask Phil (Steve McFadden).

Sharon’s reaction was all the response Kheerat needed to know that she wouldn’t be doing such a thing.

However, when she discovered that the young man had suceeded in defeating the Mitchells in a business deal, she decided that they should discuss things further, and thus allowed him to escort her upstairs with the boxes.

The chemistry was apparent — so much so that even Vinny (Shiv Jalota) picked up on it.

The question is: will passion ensue? Or is this simply a harmless flirtation?

Only time will tell!

EastEnders continues Friday February 26 at 8:35pm on BBC One.