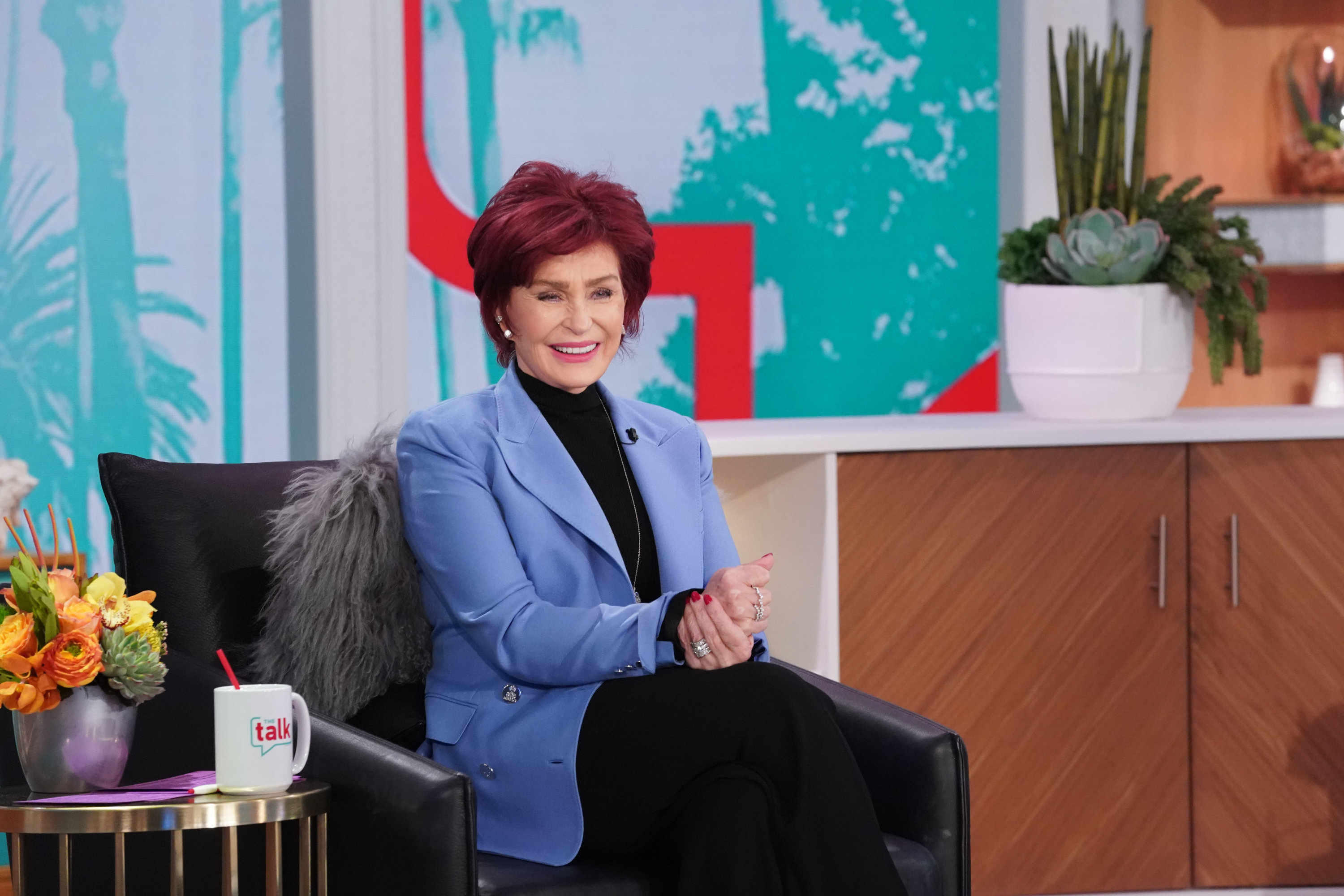 The former X Factor judge made her grand return to screens on Monday night with the debut of her new TalkTV late night series, The Talk, which she hosts alongside Jeremy Kyle and a slate of panellists.

During the first episode, Jeremy, 56, opened the show addressing the recent controversy surrounding Prince Andrew, who recently settled a lawsuit with Virgina Giuffre, who had accused him of sexual assault which he vehemently denied.

He told viewers: ‘The Queen’s Platinum Jubilee just weeks away, her Majesty’s celebration should be taking centre stage but it is, I’m afraid, the behaviour of other members of the Royal family that continues to overshadow this historic event.

‘Now I reckon if the firm were an actual company, they’d be having a strategic review right now. I think HR would have words with Prince Andrew about inappropriate behaviour.’

When asked if anything could be done to get the Royal family ‘on the straight and narrow’, Sharon, 69, replied: ‘I don’t know whether she can right now, I mean it’s gone so far. I think that Andrew is an utter disgrace to the Royal family.

‘He should be locked up in the tower and they should throw the key away.’

She also took aim at Meghan Markle and Prince Harry, who quit as senior members of the Royal family in 2020, and said ‘they wanted to leave, it’s their choice, absolutely fine’, while noting their various business deals with companies such as Spotify and Netflix.

Sharon was controversially axed from CBS series The Talk last year after getting into a heated dispute with her co-host Sheryl Underwood over racism, while she also defended her friend Piers Morgan over his comments about Meghan.

Coincidentally, Piers – who infamously stormed off Good Morning Britain last year – has also returned to screens tonight with the launch of his new programme Uncensored.

Sharing her excitement for her new show, Sharon previously said: ‘I’m excited to be working with News UK, the panel and my good friend Piers.

‘Watch this space for some exciting and lively debates from us all.’