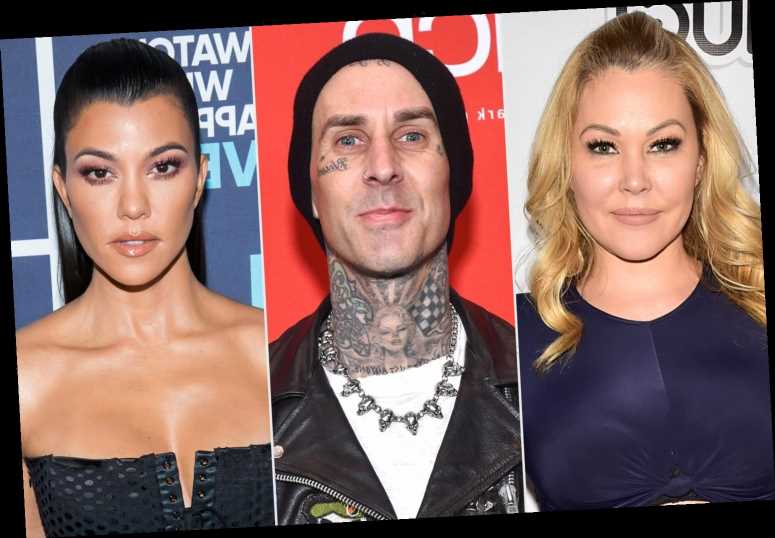 Of the reports that she recently threw shade at Kardashian, 41, on social media, Moakler said, "I honestly had no bad intentions whatsoever. Travis and I haven't been together for almost a decade. We co-parent, we're friends."

"I don't know anything about his personal life like that," she continued. "We're not as close like that anymore. It's been 10 years. He has his own world going on, and I have my own world." "When I saw the headlines, I was like, 'What is this?' I had to go back and look at it," she continued. "I didn't even realize people were looking at things I hearted. I was trying to be supportive of my fan base and didn't even realize it. I will from now on."

Moakler also told ET that she hasn't met Kardashian, but wishes the star and her ex "a long-lasting relationship."

"As long as she's good to my children, this is the biggest point that I keep saying. And my kids like her," she said, referring to her three kids with the Blink-182 drummer: Atiana, 21, Landon, 17, and Alabama, 15.

"That's all I care about. My kids are happy. They're happy. I have my own things going on and and and I think it's great," she continued. "I wish them all the best."

In January, a source told PEOPLE that Kardashian and Barker had been "dating for about a month or two," adding that "they've been friends for a long time, but it's turned romantic."

Earlier this week, a source said the Keeping Up with the Kardashians, who shares three kids with ex Scott Disick, was "ready for a relationship with a more mature guy."

"Kourtney and Travis have a long, long history and years of friendship," the source said. "They've felt like family for years, and she's really close with Alabama, who's just a cool rock star kid."