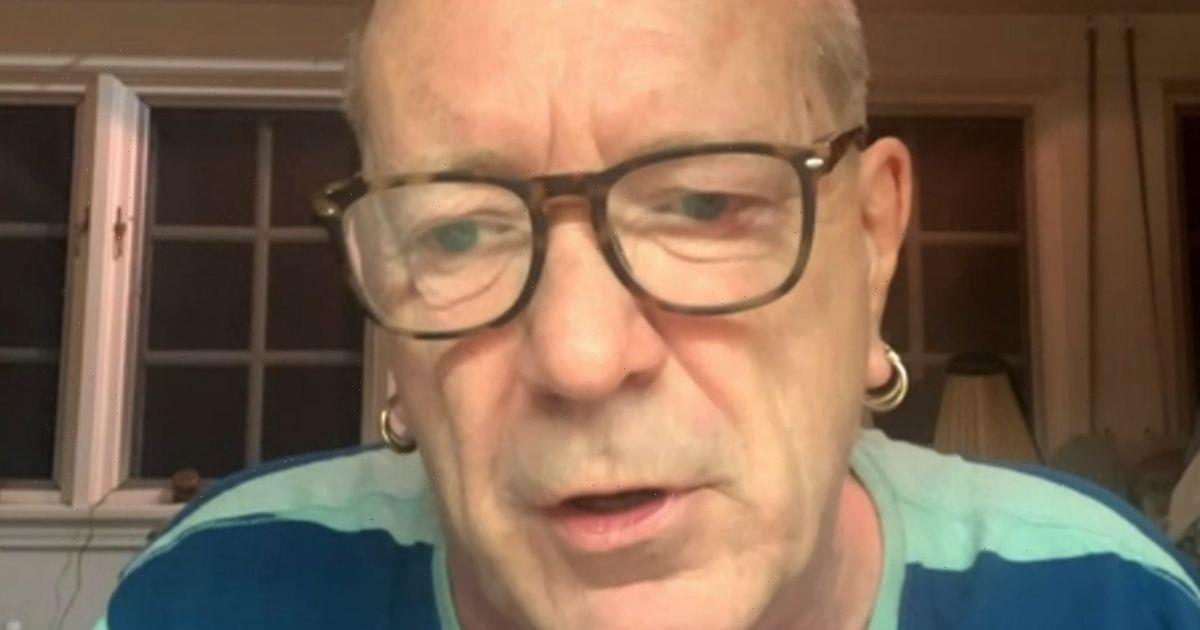 Former Sex Pistols singer John Lydon fought back tears on Good Morning Britain as he spoke about his wife Nora, who is suffering from Alzheimer's.

The British punk rock icon has made a bid to enter the Eurovision Song Contest 2023 and represent Ireland alongside his band Public Image Ltd.

John has dedicated his bid song, an unheard track called Hawaii, to his wife of over 40 years whom he now cares for at home.

John said: "I'm bringing awareness to Alzheimer's. That's a win, and a win, and a win, because that is such a debilitating thing to watch my wife suffer and have to go through, and more power to the Irish for giving me the respect here."

He started welling up as he said: "It brings tears to my eyes just even thinking about performing it live, because I'll be away from her, but I've got to do that."

The lyrics to the deeply personal song appear to directly address Nora's Alzheimer's struggles as they read: "Remember me, I remember you."

This year's Eurovision, the 67th edition of the annual competition, is coming to Liverpool in May as last year's winner Ukraine were unable to host following Russia's invasion.

A sympathetic Susanna asked: "Oh, John. Tell us about Nora, because whatever happens, whether you secure the nominations to perform, you have already won because this song is beautiful and I know it makes you very emotional.

"Tell us about your wife, you are her carer, she has suffered with Alzheimher's for years. You have a very special bond, though, don't you?"

The singer replied: "Well we've been together some 45 years. We're relentless. As I say in the song, all journeys end and some begin again, but this is the beginning of a new journey [with her]."