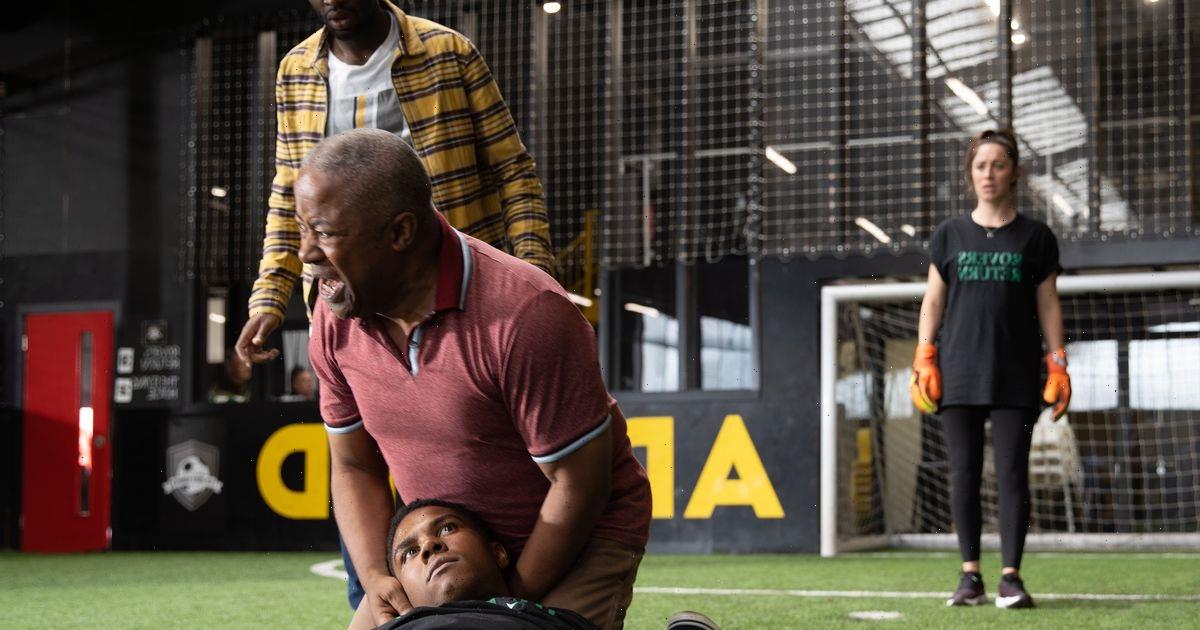 There'll be drama on the cobbles this week as James Bailey suffers a heart attack – but the Coronation Street footballer won't be the only one to go through turmoil in the coming days.

First up, James Bailey's world is turned upside-down this week when the footballer suffers a heart attack. Rovers landlady Jenny Connor asks him to train the pub's charity football team and he accepts but when a misunderstanding prompts Tim Metcalfe to walk out, James steps in and suddenly collapses.

James' older brother Michael performs CPR and an ambulance is called. Luckily, he survives but later is told the heart attack was caused by a condition called cardiomyopathy and doctors decide to fit him with an ICD to prevent any further attacks.

Yasmeen Nazir and her family are trying to help Stu Carpenter clear his name, but his past still plagues him.

He has been homeless and spent 27 years behind bars, accused of murdering his former lover Charlie, but the Nazirs have been fighting to prove he has done nothing wrong.

Unfortunately, not everyone is convinced Stu is innocent and Speed Daal has lost a number of loyal customers because of it.

But the worst is yet to come when Stu is harassed by young lads on the way home – his assailants call him a murderer and the situation escalates.

3. Stephen gets a surprise visit

Stephen Reid is becoming desperate for cash ever since his mother Audrey Roberts removed him from her will.

His money woes come to light again when his wife Gabrielle appears this week demanding the 200,000 euros back that he stole from her company.

In previous episodes of the long-running drama, Stephen was seen make a payment under his wife's name. This leads him to make a move on his mother's finances.

4. And he will stop at nothing to get cash

Despite knowing he's not in line for Audrey's money, Stephen is still adamant on getting her cash.

He lets himself into No.8 and finds the paperwork where is seen practising her signature. But Audrey will catch him in the act.

Toyah Battersby is in big trouble after being accused of purposely crashing her car and murdering Imran Habeeb.

Her trial is coming up and Toyah has kept busy getting involved in several Weatherfield protests. But when the police arrive and Craig Tinker urges protestors to disperse, he is hurt when Griff pulls out a bottle and hurls it, hitting the police officer on the head.

Griff gets arrested while Toyah is caught up in the scuffle. Meanwhile, Spider Nugent is well aware of what Toyah is doing.

Spider suggests she could be protesting too much and begs her to cut ties with Griff altogether.

He then confesses he's in love with her and that his marriage is over and the pair kiss on the balcony but agree to keep their relationship under wraps until after Toyah's trial.

Later, Saira approaches Toyah in the street and accuses her of murdering Imran to be with her new boyfriend.

This prompts Griff to suggest they should teach her lesson by letting the tyres down or torching it.

6. A shock for Tracy

Tracy remembers the pain Ken's affair caused her mother. And it leads her to be hostile towards Wendy this week as she spots her with her stepfather.

This week, Ken and Wendy rehearse their audition scene for a play in the cobbles but the florist walks in. She steps into No.1 just in time to hear Wendy delivering the line "just as I love you."

Not one to keep her thoughts to herself, as harsh as they may be, an acid-tongued Tracy rails at Wendy for carrying on with Ken.

Elsewhere in Coronation Street, Sam Blakeman is trying to make some friends as he does a class presentation about chess, one of his main passions.

A boy sarcastically asks him to teach him how to play the game and Sam, oblivious to the sarcasm, agrees.

Hope Stape suggests that Sam makes out he loves gaming and invites Jack and Liam round after school.

Sam is then determined to impress Jalena, showing up at her party sporting a football top and a pair of trainers – but she leaves him crushed by asserting she has no interest in football.