The American Film Institute’s AFI Fest got underway in earnest Wednesday night at the TCL Chinese Theatre in Hollywood with the World Premiere of the Apple TV+ documentary, Selena Gomez: My Mind & Me, where the star walked the red carpet and participated in a post-screening Q&A (which AFI asked me to moderate) joined by the film’s director and co-writer (with Paul Marchand) Alex Keshishian. In the nearly four decades this fest has taken place I can’t really recall the last time its opening night gala started out with a docu, much less one focused on a music star/actress. But then this movie is not your average portrait of a pop icon as it focuses less on the music, and far more on the mental health crisis of its subject, her other medical problems such as battling Lupus and a kidney transplant, plus the “psychotic break” that forced her to cancel the rest of her 2016 “Revival” tour and check into a psychiatric hospital.

This kind of cinematic effort can be used by stars to sell books , tours, albums, but that is clearly not what interests the filmmaker or Gomez. In fact Keshishian vowed after making Truth Or Dare 30 years ago that he would never again make another music docu. He noted in last night’s AFI Fest Q&A that he is proud he has kept his word as, rightly, he does not see this as a music docu at all. It is more a piercing look at someone’s cry for help, subsequent but continuing recovery, and hope it can be a vehicle to help others who may find their own mental health in peril. In fact the opening graphic warns specifically of the subject matter and offers an Apple website to go to if a viewer feels the need. You immediately get the idea this may be darker than most films in the genre. 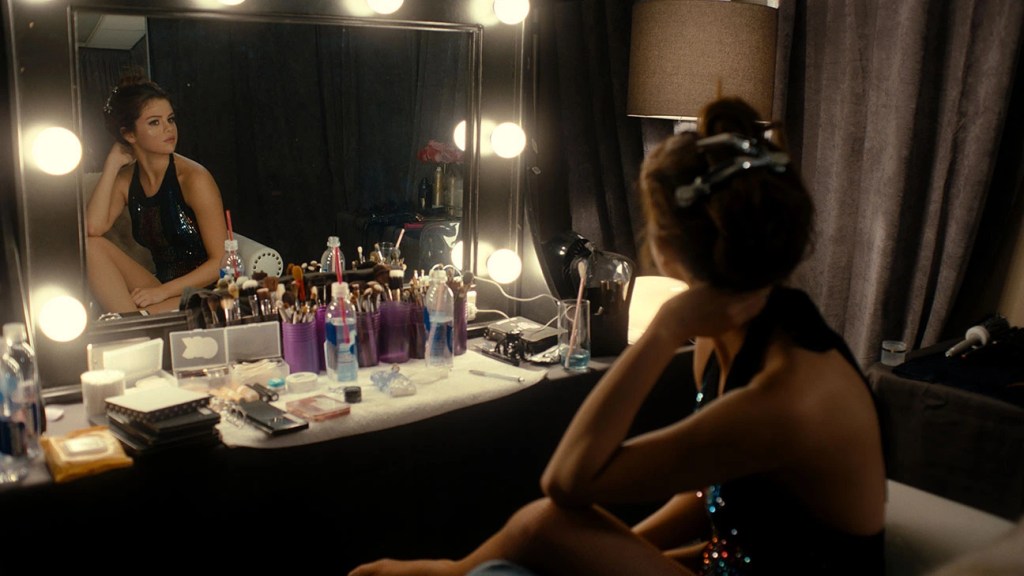 This is not say there aren’t lighter moments. There are, particulary a trip back to her roots in Grand Prairie, Texas with her cousin and friends , a place where the traumatic effects of her show biz life could be left behind for just a brief moment. There is also the joy she felt, finally after her health permitted, to travel to Kenya where she is doing philanthropic work supporting a key charity. These sequences, plus a series of interludes where she shows her frustration having to answer dippy questions on press tours do lighten the load, but Keshishian, who made the landmark 1991 Madonna docu is not afraid, with the considerable cooperation from Gomez, to lift the veil on the toll fame and success has taken on the star’s mental well being and that includes a nervous breakdown, diagnosis of Bi-Polar Disorder, a high profile breakup with Justin Bieber (not really addressed here except in shouted questions from reporters and prying paparazzi), and highly emotional needs just to get through her 20’s , a period many rock and pop stars never survived. 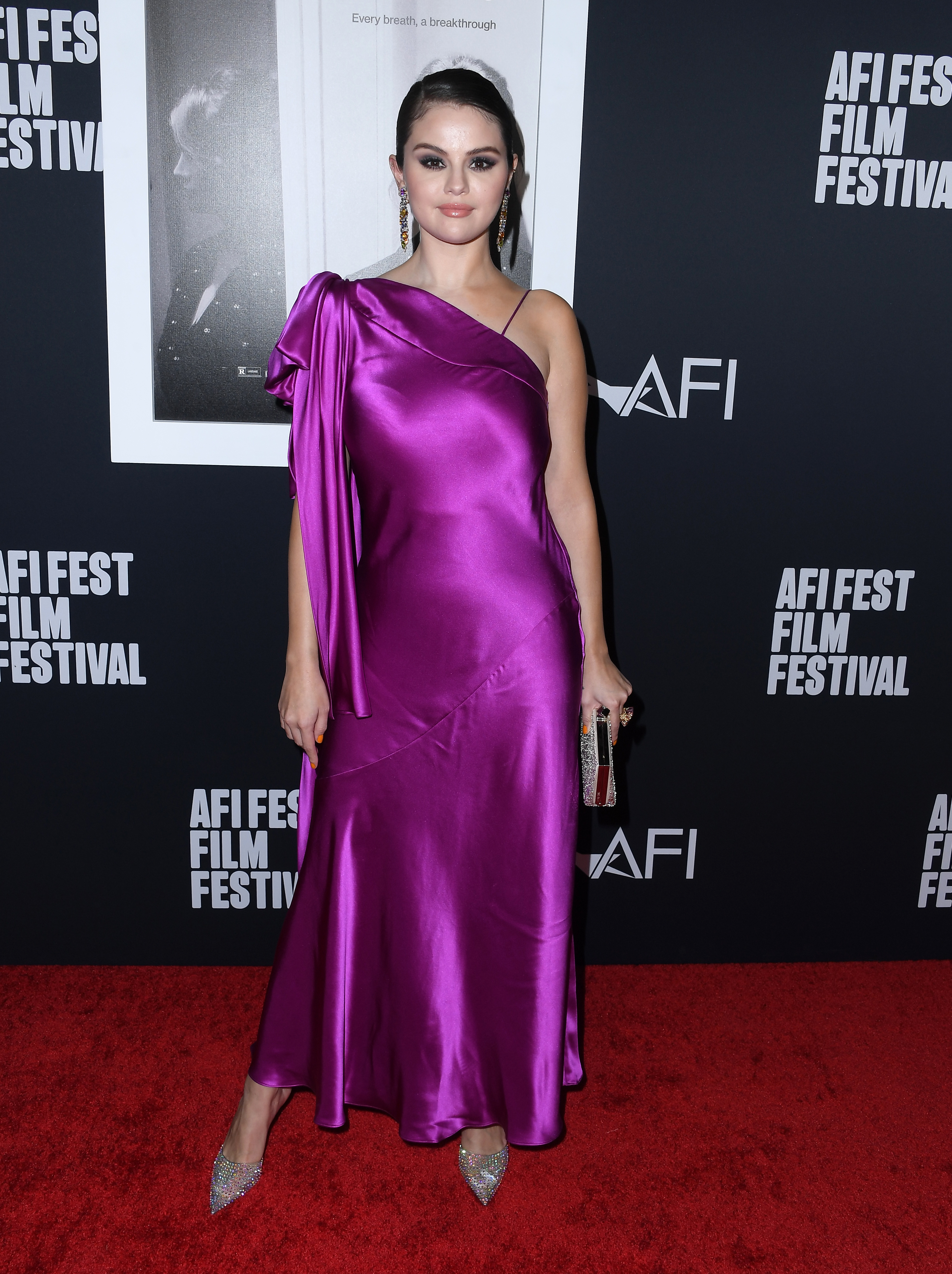 It was in fact that Madonna movie, which Gomez said she saw several times, that led to the making of this film in the first place. She wanted to do something different, with real meaning, and aligned with Keshishian to do the film that started out six years ago as one covering her tour. Footage they shot then is included in the film’s first act and you can see it was a delicate balance, one so delicate Gomez not only abandoned the tour, but also the film. Circumstances eventually changed after her rather harrowing plunge into darkness between 2017 and 2019. Then with a completely different perspective on her life and career filmmaker and subject they picked up the gauntlet once again, only to run into another obstacle: the pandemic.

Allowing cameras to follow her in some of her most private moments, we see Gomez trying to emerge from crisis to a better version of herself and who she is. Rather than the usual happy ending it remains more a work in progress, smaller tentative steps toward a new beginning as she hit her 30s. Her success in co-starring with Steve Martin and Martin Short in Hulu’s hit series, Only Murders In The Building, is proof of that, but not talked about in this film. The focus is on someone who is still working it all out, picking up the pieces, and fortunately not becoming another sad victim of the pressures of fame, and other matters.

Keshishian says there were no boundaries and Gomez, who had been called the “Queen of Social Media”, goes well beyond twitter and facebook and intstagram posts to give her young fans a walk on the raw side, one despite her well-publicized health problems and personal traumas, may be a lot more than they bargained for (it is rated ‘R’), even to the point of turning over her personal journals to Keshishian which detail the chasms between ‘mind & me’ .A new song which also became the title of the film is lyrically revealing as well, its themes worked in and out before playing in full over the end credits.

Archival footage, including home movies and clips from her Disney Channel days, even her first job at age 7 on the Barney childrens series, add to portrait but are tossed in , then tossed out. A trip back to her old Grand Prairie school is a highlight, a charming interlude as she seems to want to recapture a past that simply confirms what Thomas Wolfe wrote, “you can’t go home again”. For Gomez the truth now is finding home again, but in a new place, both in mind and person.

The AFI Fest continues through November 6 and includes more gala screenings including Steven Spielberg’s The Fabelmans, Guillermo del Toro’s Pinocchio, She Said, The Son, Living, and Alejandro G. Inarritu’s Bardo: False Chronicle Of A Handful Of Truths. There will be over 100 films in all during the five day event.

Ad Tier Launches: Here’s Why Popular Series Like ‘House Of Cards’ Are Missing

News Networks Taking Over Primetime; How To Watch, What Shows Are Impacted

Avantika To Lead ‘A Crown Of Wishes’, Fantasy Series In Works At Disney Branded TV For Disney+