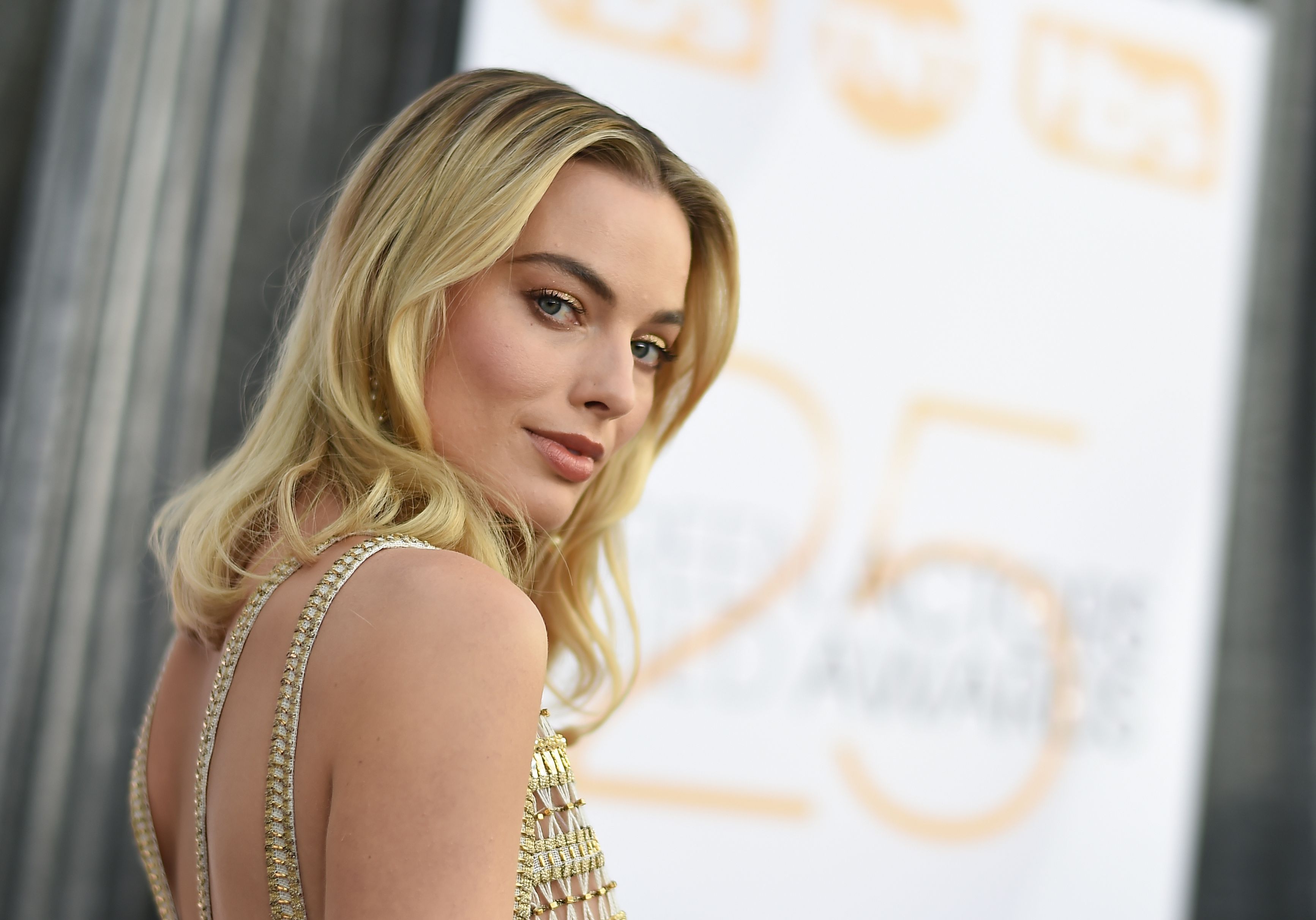 Margot Robbie is reprising her role as Harley Quinn, and the Harper’s BAZAAR cover star gave fans of the DC Comics Universe a sneak peek of her character’s costume for the female-focused Suicide Squad spin-off film, Birds of Prey (And the Fantabulous Emancipation of One Harley Quinn). The flick is set to premiere on February 7, 2020, according to The Hollywood Reporter.

“Miss me? HQ,” Robbie captioned the photo, which amassed over 1.8 million likes since she posted the snapshot this morning on Instagram. Naturally, the comment section showed plenty of love to Australian-born Oscar-nominated actress. One follower (@michaelbravado) said, “I’m crying!!!!!! 🙌🏽🙌🏽🙌🏽 I have missed you! @margotrobbie I’m ready to see you smash in this!”

In the image, Robbie is clad in a neon pink sports bra with a clear plastic coat featuring multicolor ribbon trim at the shoulders and HQ’s signature red lipstick. If you zoom in on her necklace, you can see her bone-shaped dog tag nameplate reading “Bruce,” a not-so-subtle nod to Bruce Wayne AKA Batman. It could also be a tiny tribute to Bruce Timm, Harley Quinn’s co-creator.

Last November, Robbie teased on Instagram that she received a copy of the Warner Bros. Pictures script, which was written by Christina Hodson based on the DC Comic characters.

The female-focused movie takes place after HQ and The Joker (played by Jared Leto) break off their relationship, and Harley, alongside three other women, join forces to rescue a girl from a crime lord.