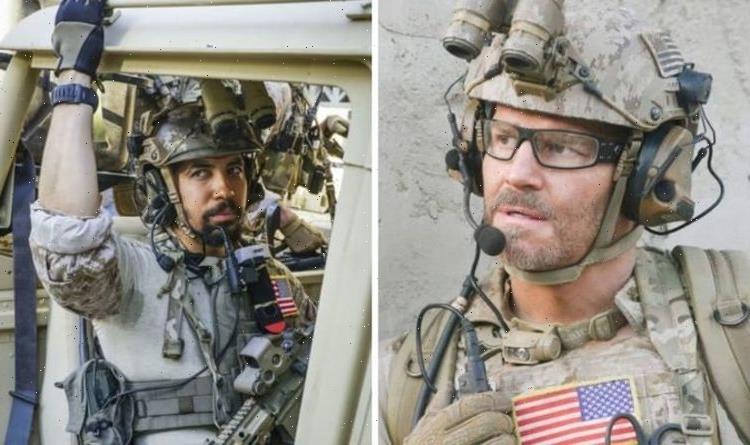 Back in May, bosses announced SEAL Team would be making its move from CBS to Paramount Plus. With the release date of October 10th fast approaching, viewers can now expect the subsequent Paramount plus episodes sooner than anticipated.

During the announcement about the series’ move, bosses revealed season five would still premiere on CBS however, episode 5 would air on Paramount Plus.

Many fans were confused about the SEAL Team relocation, which wasn’t unusual as both streaming platforms are owned by ViacomCBS.

According to the Financial Times, the move was intended so the show could appeal to younger audiences.

With season 5’s fifth episode set to air on CBS Sunday, October 31, viewers can watch the rest of the season on Paramount Plus.

The reason behind this divide was to steadily ease fans into the platform and encourage viewers that are not subscribed to join the service.

Thankfully, it has been revealed the first SEAL Team episode on Paramount Plus will be on screens not long after the CBS finale.

After the move, the subsequent episodes are set to be released weekly, every Sunday.

SEAL Team’s move to Paramount Plus is part of ViacomCBS’s future plans for the platform to become a one-stop-shop for all their content.

Ahead of SEAL Team’s season five premiere, TV Line published an exclusive scoop and image, teasing what fans can expect.

Showrunner Spencer Hunt told the site, the team will be deployed to Africa after a mass casualty which is expected to be “a mission unlike any they’ve done before.”

Season five is also set to feature “personal elements that impact each and every operator,” with its lead to Africa.

According to TV Line, the deployment will happen in episode four and “the Africa mission kicks off a two-parter that wraps the military drama’s CBS run.”

Season four saw Ray Perry (played by Neil Brown Jr) finally open up to his wife Naima Perry (Parisa Fakhri) about the trauma he suffered after being held hostage.

He did so to save his marriage, after an encouraging conversation with Jason Hayes (David Boreanaz).

The showrunner teased, the upcoming season will see Ray take “baby steps in repairing things” in his marriage.

Fans will also learn “pretty quickly” about the fate of Sonny Quinn (A J Buckley) and Lisa Davis (Toni Trucks) after season four saw them try to decide if one or both of them would move to Texas.

Despite these spoilers, nothing was hinted at about Jason and his series of mysterious headaches.

His headaches got so bad, he had to cut short a conversation he was having to tend to it.

While waiting for season five, many viewers predicted this was a major sign his 20-year tenure on SEAL Team would soon come to an end.

Thankfully with these dates, viewers won’t have long to wait and will soon have their questions answered.

SEAL Team season 5 premieres on CBS in the USA on Sunday, October 10. A UK release date is yet to be announced.