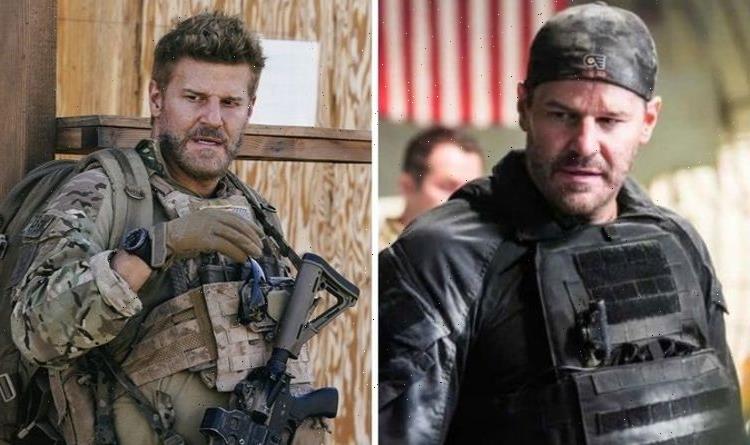 The SEAL Team has appeared to have turned up the heat following its move to Paramount Network after five years on CBS. The recent episodes of the military drama saw the team deployed to Africa and after spotting a chilling clue, fans are convinced this season could be Jason Hayes’ (played by David Boreanaz) last.

In the most recent episode titled ‘Man on Fire,’ the BRAVO team were tasked with finding their colleague Mandy Ellis (Jessica Pare).

Although in the season four premiere, she had told the team she had quit her life of service after being demoted, she unexpectedly became the focus again.

This season, the team were deployed to West Africa and tasked with eliminating three targets after a series of terrorist attacks.

However, while carrying out their mission, Jason spotted a photo of Mandy which confirmed she was being held captive by the terror organisation SGS and saving her became his main focus.

During the mission, a nearby grenade went off which one fan suggested could be the beginning of Jason’s exit.

Taking to Reddit, OverInspector1690 wrote: “Jason got ‘rocked’ again by the hand grenade towards the end of the episode before they rescued Mandy.

“I have a feeling it’s going to make Jason’s TBI worse and probably trigger events that’ll close his arc as Bravo 1,” they continued.

Fans will recall throughout season four, Jason had been battling a series of headaches, which eventually became a concern in the finale and is suspected to be a traumatic brain injury.

Another viewer, SnooKiwis6270 commented under the Reddit theory and agreed: “You could be right, but when Jason’s arc as Bravo 1 closes, so does the show.”

While season five has yet to address the current state of his headaches, it was expected to be a major storyline after he was forced to stop a conversation with Clay Spenser (Max Theriot) after the headaches got too intense in the season four finale.

Perhaps, the aftermath of having a grenade explode in close proximity could trigger him and potentially tease his impending exit as Bravo One.

In May, executive producer Spencer Hudnut spoke to TVLine and teased: “This guy’s been fighting this war for 20 years, and I think the question is: Will he be able kind of outrun all of that combat and all that trauma, even as he improves as a human being?”

When the showrunner was asked about the possibilities of the headaches being the result of a traumatic brain injury, he dropped a major clue.

He hinted: “It could just be from that blast, but as you know, he’s been exposed to a number of head traumas and we know what that potentially leads to in operators. At this point, it’s obviously more than just a headache.”

Throughout the series, Jason has also had to deal with a number of personal issues, while leading the SEAL Team, this included the tragic death of his wife Alana Hayes (Michaela McManus).

Another fan, nandobro, seemed to believe Jason’s exit could be for other reasons and wrote: ”I’ve really enjoyed this show but I honestly can’t see it getting another season.”

They explained: “The ratings for the show have been steadily decreasing as time goes on and now with the jump to Paramount Plus it’ll decrease even quicker.

“The tone from the actors also seems to imply that this is the finale season, they basically had to beg on social media to get this current season,” the fan concluded.

With over 20 years on the frontline, the chances of Jason accepting defeat and taking a step down from his leadership role are low, so some more explosive scenes could be on their way.

SEAL Team is available to watch on Paramount Plus.