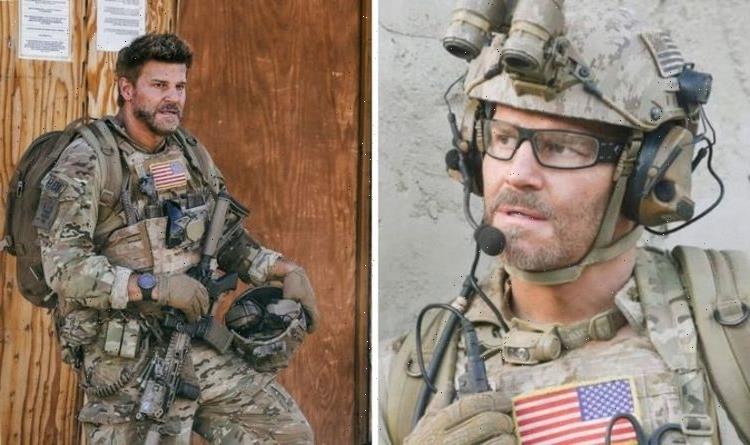 CBS’ SEAL Team followed a group of Navy SEALS as they embarked on dangerous and life-threatening missions across the world, led by Master Chief Special Warfare Operator of Bravo Team Jason Hayes (played by David Boreanaz). Ahead of the season six premiere, the series’ showrunner revealed the group will be in for a major “bombshell”.

In an interview with TVLine, SEAL Team boss Spencer Hudnut gave fans a huge teaser on what to expect in the upcoming instalment

He disclosed: “Not only are they going off on a mission unlike any they’ve done before, but a mission that will also include some personal elements that will impact each and every operator.

He added: “We’re going to go out with a bang for sure — and then start [on Paramount+] with an even bigger bang.”

It was also revealed the team would be sent on a mission to Africa where they would react to a mass casualty terror attack.

This wouldn’t be the first time the Bravo team would be responding to a terror attack but it would be a first for them to head to Africa.

During the break, many fans questioned if the series would switch gears and incorporate the Covid-19 pandemic into the upcoming season.

However, unlike shows such as NCIS: New Orleans or Grey’s Anatomy, SEAL Team confirmed they were steering clear from a coronavirus storyline.

In another interview with TVLine, Spencer shared: “We talked about it, and because we have to finish what we started, to all of the sudden be in a pandemic world felt wrong.”

He also added the series was an “escape” for viewers, not a reminder of their everyday reality.

Despite this, SEAL Team have explored the real-life trauma and PTSD soldiers suffer from after fighting for their country on the frontline.

This was most recently portrayed with Ray Perry (Neil Brown Jr) in season four as he dealt with PTSD from being held captive and tortured by enemies while on a mission.

The season finale saw him admit he needed help and after a conversation with Jason, he was able to seek the help he desperately needed.

Ray was also motivated to seek help to save his marriage with Naima Perry (Parisa Fakhri) which had been suffering because he wouldn’t open up.

The end of season four also saw Jason living with extreme migraines, it had become so bad he was forced to stop mid-conversation to nurse his head.

Fans speculate this could potentially mean his 20-year tenure on the frontline could come to an end in season five.

Viewers theorised his migraines were a result of all the missions he had been on, an effect of being around constant bombings and gunshots

SEAL Team season five will premiere on CBS then the fifth episode will be available to stream on Paramount+.

Thankfully, production is all wrapped up and fans can expect Jason and the team to hit the screens sooner than later.

Hopefully, they will get to the bottom of his severe headaches and reveal how their personal lives are set to be intertwined with their upcoming mission

SEAL Team Season 5 will premiere on CBS on Sunday, Oct. 10. A UK date is yet to be announced.