Michael Schumacher’s wife Corinna was left in tears as she shared a touching tribute to her husband in new Netflix documentary Schumacher, admitting that ‘it never occurred to her that anything could happen to him’.

The emotional new film sees people close to him take a look back at an incredible career and life behind his historic achievements in Formula 1.

Corinna remained by Michael’s side ever since the motor sport star sustained a severe and traumatic head injury in a skiing accident in 2013. Ever since then the family has been private and not shared many updates on his condition, until now.

He was reported in 2019 to be making ‘good progress’ but also ‘struggling to communicate’, according to former Ferrari manager Jean Todt.

Corinna described him as a ‘wonderful person’ in powerful new Netflix documentary Schumacher and speaks at length about their private life together following the accident.

Discussing the skiing injury, the 52-year-old said: ‘I have never blamed God for what happened. It was just really bad luck – all the bad luck anyone can have in life. It’s always terrible when you say, “Why is this happening to Michael or us?” But then why does it happen to other people?’ 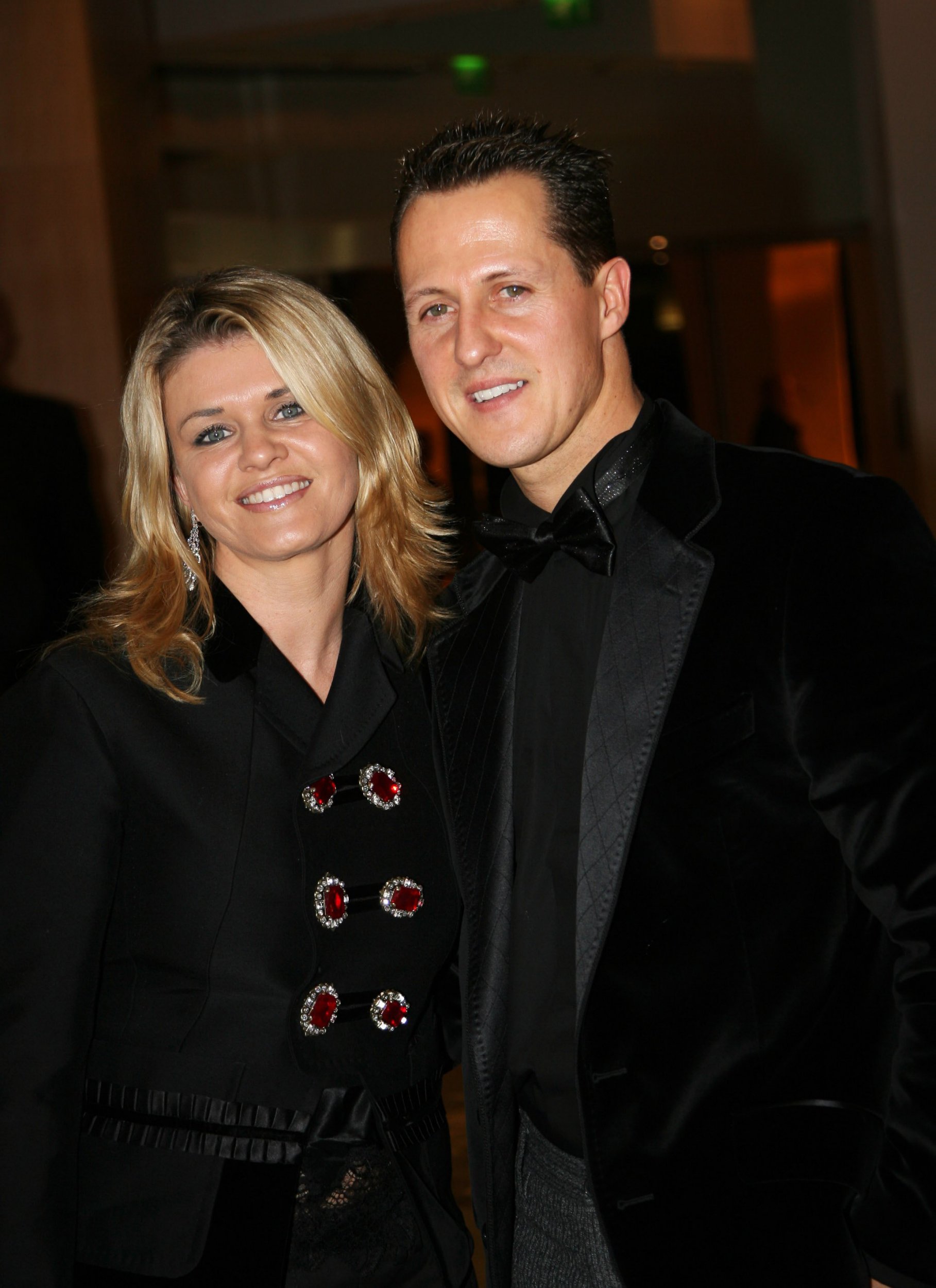 ‘Of course, I miss Michael every day. But it’s not just me who misses him. It’s the children, the family, his father, everyone around him. I mean, everybody misses Michael, but Michael is here. Different, but he’s here and that gives us strength, I find.’

Discussing their family life, she added: ‘We’re together. We live together at home. We do therapy. We do everything we can to make Michael better and to make him comfortable. And to simply make him feel our family, our bond.

‘And no matter what, I will do everything I can. We all will.’

Later in the film, she went on to say: ‘We try to carry on a family as Michael liked it and still does. And we are getting on with our lives. “Private is private,” as he always said. It is very important to me that he can continue to enjoy his private life as much as possible. Michael always protected us, and now we are protecting Michael.’

The pair married in 1995 and have two children together, daughter Gina-Maria and son Mick.

His son Mick, 22 has stepped into his father’s footsteps and is currently in his debut F1 season with Haas.

Delivering his own emotional tribute to his dad in the film, Mick said: ‘Since the accident, of course, these experiences, these moments that I believe many people have with their parents, are no longer present or to a lesser extent. And in my view, that is a little unfair.

‘I think me and dad, we would understand each other in a different way now. Simply because we speak a similar language – the language of motor sport – and that we would have a lot more to talk about. And that is where my head is most of the time. Thinking that would be so cool… I would give up everything just for that.’

Corinne, 52, also recounted how the pair first fell in love in the documentary.

‘I think I’m incredibly fortunate to have met Michael. He’s simply the most loveable person I’ve ever met,’ she said.

‘I once made dinner for him on his birthday. He was the only one who helped me to clear up and do the dishes. And I thought, “That’s a proper bloke!”.’

Looking back at footage of their wedding in 1995, she said: ‘He was really funny. I fell in love with him simply because he was a wonderful person. I just sensed that he was something special to me.’

Schumacher is on Netflix from September 15.