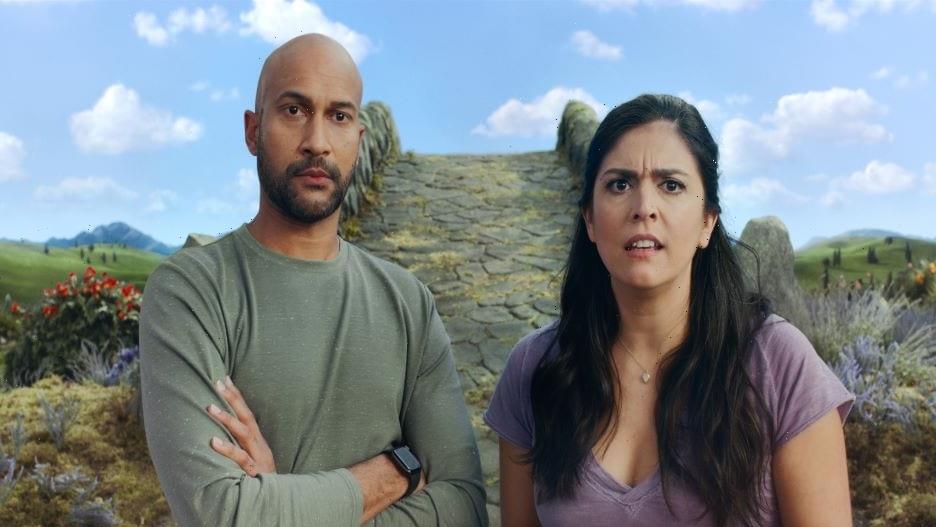 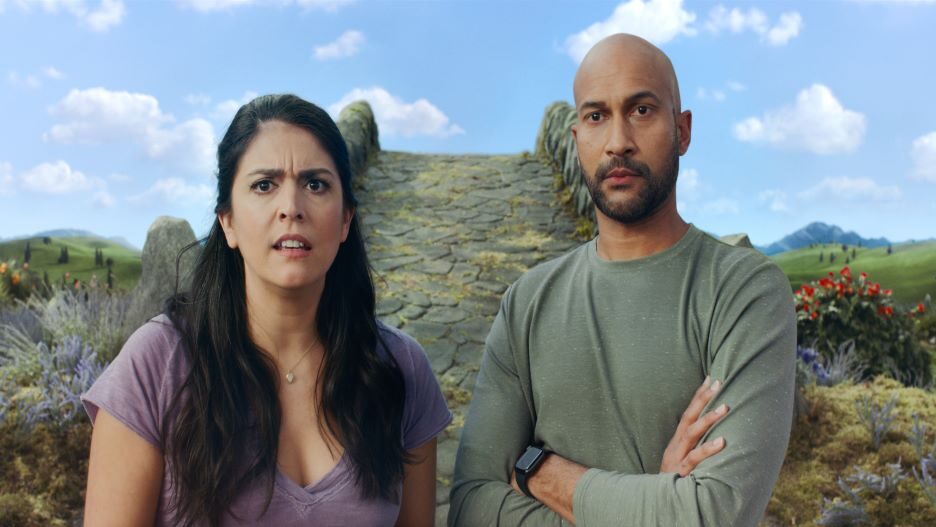 The exclamation point seen in the title cards of the new musical comedy “Schmigadoon!” isn’t just a nod to Rodgers & Hammerstein (a short overture even figures in), it’s a full-on attitude in this fitfully jubilant slice of whimsy. A six-episode summer trifle — much like the various pies and pastries fervently pushed by locals in the nominal town — it can sometimes be a bit of a toothache, but the series is also just as often irresistible, with a tremendously committed, blue-chip cast working at the peak of their powers.

Melissa and Josh (Cecily Strong and Keegan-Michael Key) are an on-the-rocks couple, both physicians (an aspect that doesn’t pay off completely), trying to reignite their sparkless relationship by signing up for a retreat, and after a backpacking sojourn where they go way too deep into the woods (heh heh), find themselves in an all singing-all dancing Golden Age musical hamlet. 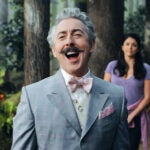 The woke Melissa and Josh find themselves contending with outdated mores on the roles of women, personal reputation and family secrets, but also planted firmly in spontaneous musical numbers (Melissa is much more willing to embrace her inner diva). These numbers, as depicted in a lot of meta-commentary about how they are sometimes as inscrutable as they are enjoyable, add to the audience surrogacy as Melissa and Josh find new, full-warble love interests as varied as Dove Cameron’s husband-hunting piemaker, Aaron Tveit’s sky-high-waisted carnival worker, and most mysteriously, Ariana DeBose’s headstrong teacher, who seems to be harboring a few secrets of her own.

Created by Cinco Paul and Ken Daurio (best known as screenwriters of blockbuster family fare like “Despicable Me” and “The Secret Lives of Pets”), “Schmigadoon!’ could have just as easily been called “Smorgasbord!” because there is virtually no classic musical left unreferenced. “Carousel,” “The Sound of Music,” “Seven Brides for Seven Brothers,” “Finian’s Rainbow” and, of course, “Brigadoon” and “Oklahoma!” are just a sliver of the shows paid homage to — sometimes in cheeky ways, such as the latter having a song name-checked as the moniker of a modern-day performing space named the “Lonely Room Theater” in the sometimes-unnecessary modern flashbacks that open episodes. 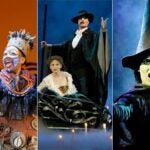 So, it’s rather surprising that the famous piece the show most resembles narratively is not a musical, but a movie, the 1998 comedy “Pleasantville,” which had a remarkably similar trajectory of modern-day privilege forced to reckon with a genteel-but-confused town permanently changed by the arrival of a pair of outsiders. Where that film turned a contemplative shade of melancholy, this series goes for the broad, and the seasoned Main Stem vets predictably steal scenes as well as the scenery, without the need to also chew it up and spit it out. 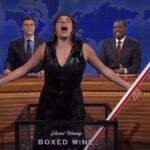 Lest you think “Schmigadoon!” has only aw-shucks giddiness sweeping down the plain, the series is not above an entire song devoted to male and female genitalia or carefully placed large sticks of cured meat. Among its writers working with Paul and Daurio are Bowen Yang, Julie Klausner and “Colbert Report” vet Allison Silverman, and you can often hear their distinct voices. (Best line, directed at Krakowski: “Alfred Hitchcock would turn down a custard pie to torture you.”) It results in some uneven deference, whereas a true oldie-musical ardor would lean right into it unabashedly, but the performers are so well-cast and likable, it smooths over those ridges.

Key and Strong are ideal leads here, and the latter’s comic timing has rarely been, errr….Strong-er. And any series folding in actors as rangy and funny as Martin Short, Jaime Camil, Fred Armisen, and Ann Harada in addition to all these fine talents feels, as one classic, aforementioned musical would put it, almost like being in love.

“Schmigadoon!” debuts on AppleTV+ on July 16.