Season 1 of “Schmigadoon!” was a riff on the basic concept of “Brigadoon,” a 1947 Tony-winning musical. Cecily Strong and Keegan-Michael Key lead the cast as Melissa and Josh, a longterm couple in a rocky patch of their relationship. The pair stumble upon the remote town of Schmigadoon and soon discover they can’t leave the town until they understand true love: something the magical realm determined the partners weren’t in. Every episode featured multiple original musical numbers, patterned from “Brigadoon” and other musicals of its era, written by co-creator and showunner Cinco Paul.

Season 2 of “Schmigadoon!” sees Josh and Melissa — who have reconnected and developed true love for each other after the events of Season 1 — leave the town only to immediately stumble upon a new world known as “Schmicago.” This slightly edgier setting is now patterned on the darker, jazzier musicals of the ’60s and ’70s, particularly the work of “Chicago” writer, director, and choreographer Bob Fosse. The townspeople of Schmigadoon — played by a mix of veteran musical theater stars like Ariana DeBose, Dove Cameron, Jaime Camil, Kristin Chenoweth, Alan Cumming, Ann Harada, Jane Krakowski, and Aaron Tveit — return in reimagined roles, while Tituss Burgess and Patrick Page join as new characters.”Only Murders in the Building” star Martin Short reprises his role as the fantastical world’s “guardian leprechaun.”

“Schmigadoon!” Season 2 will hit the town, and all that jazz, with two episodes premiering on April 7. The rest of the six episode season will release weekly, with the finale streaming on May 5. Take a look at the first look photos from the season below. 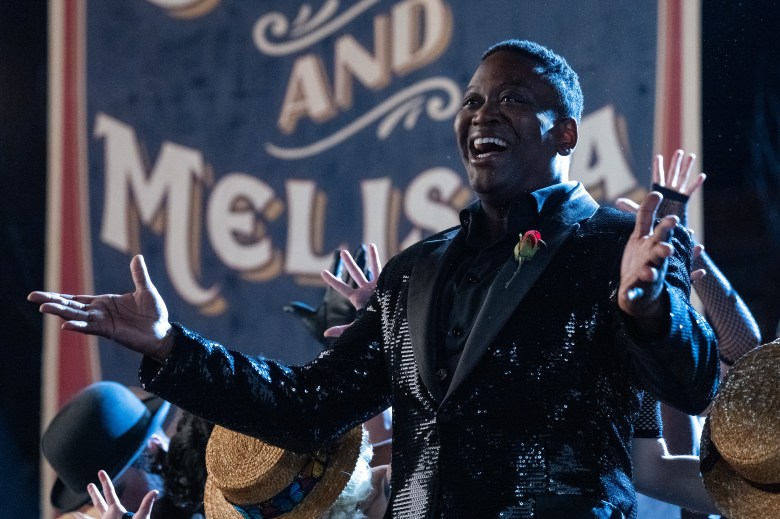 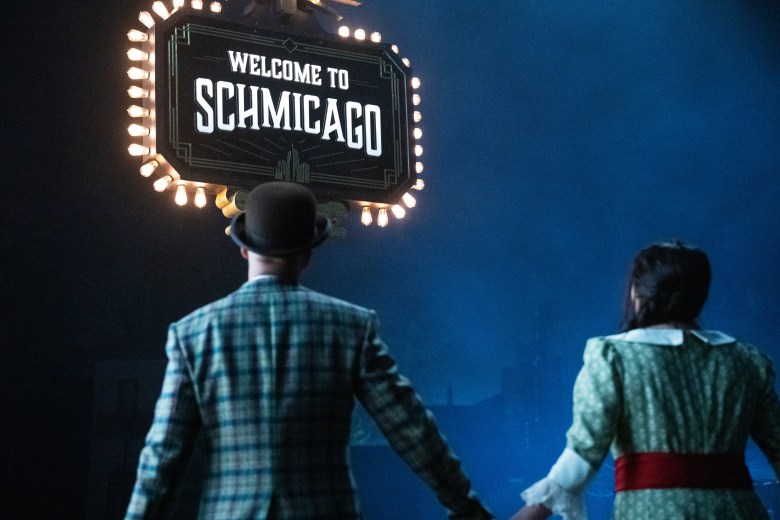