When it comes to holiday laughs, Saturday Night Live is always ahead of the game. Every year, the variety series airs an episode just before Christmas, which features holiday-themed sketches and shorts.

The comedy show has been on the air for 46 seasons, and it’s doled out dozens of hilarious yuletide moments. From Justin Timberlake’s “D**k in a Box,” to “Schwetty Balls,” here are some of SNL’s best holiday sketches. 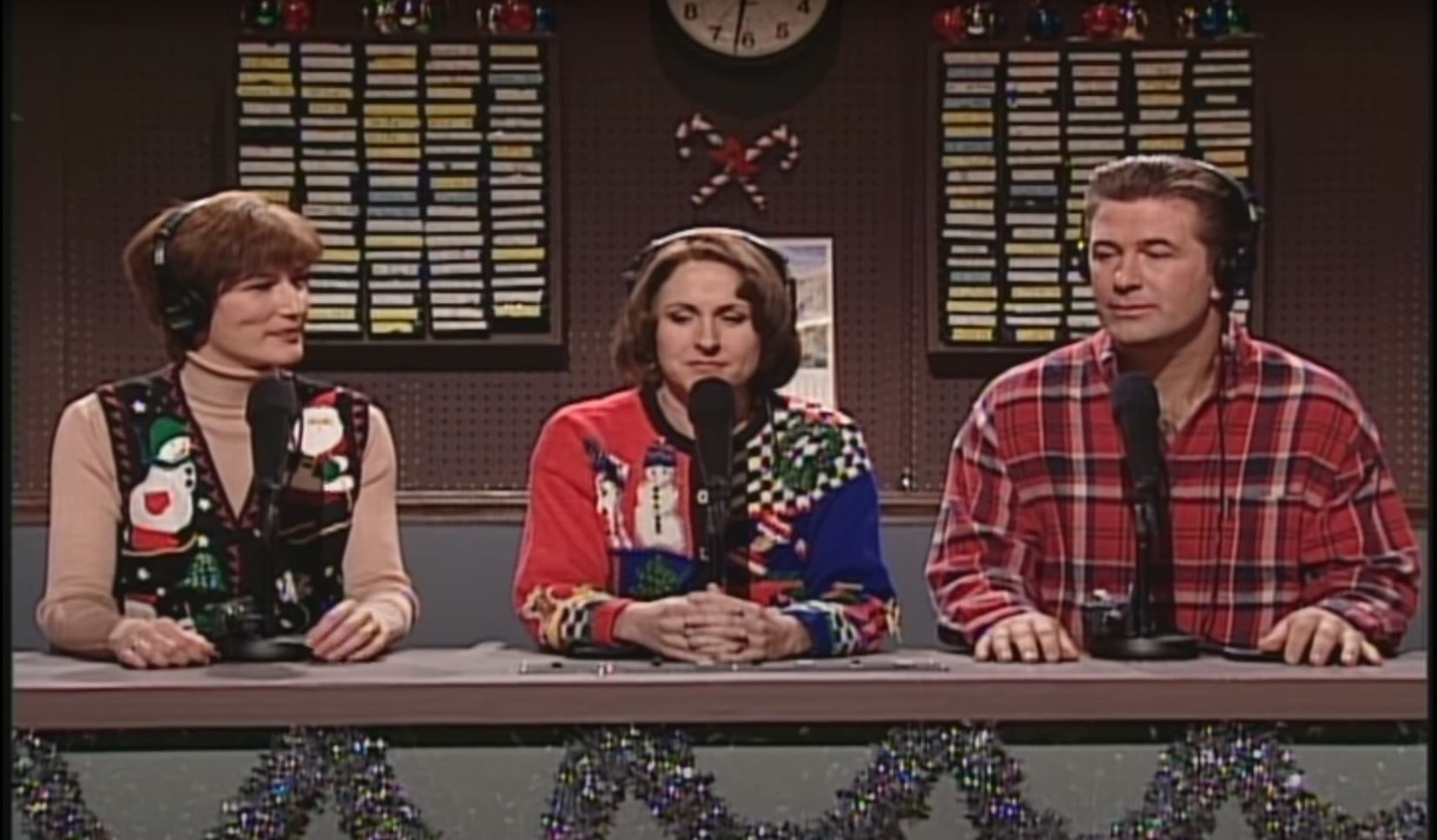 In his hilarious parody of Mr. Roger’s Neighborhood, Eddie Murphy plays a man down on his luck in the Saturday Night Live season 10 sketch Mister Robinson’s Neighborhood – Christmas. As Mr. Robinson, Murphy teaches boys and girls about the joys of an eviction notice and the word of the day, “X-Con.”

Justin Timberlake teamed up with Andy Samberg for the digital musical short, “D’*k in a Box.” emulating a bad ’90s R & B duo, the two sing about gifting their “junk” in a wrapped box to their girlfriends for Christmas. The track earned Samberg and Timberlake a Primetime Emmy for Outstanding Original Music and Lyrics in 2007.

SNL alum Kristen Wiig plays an unappreciated mom alongside Beck Bennet, Chloe Fineman, and Kyle Mooney for the season 46 short, “Christmas Morning.” While her family enjoys the scores of gifts they got for Christmas, Wiig unenthusiastically comments about the only present she got —  a  robe.

Adam Sandler joined Norm MacDonald on his “Weekend Update” desk to sing about Hanukkah. Not only does he manage to find dozens of words to rhyme with Hanukkah, but he also names the scores of Jewish movie stars celebrating the holiday.

‘Bring It on Down to Wrappinville’ — ‘Saturday Night Live’ season 39

While his mom (Aidy Bryant) tries to sing melodious holiday songs to sell her wrapping business, Justin Timberlake tries to show her up with his friend, Jimmy Fallon. The pair raps to famous hip-hop tunes, but change the lyrics to be about wrapping.

In this Saturday Night Live season 1 sketch, “Christmas Eve at the White House,” Chevy Chase and Garrett Morris play President Ford and his White House butler. As the bumbling president addresses the nation, he hangs stockings upside down and pulls down the tree.