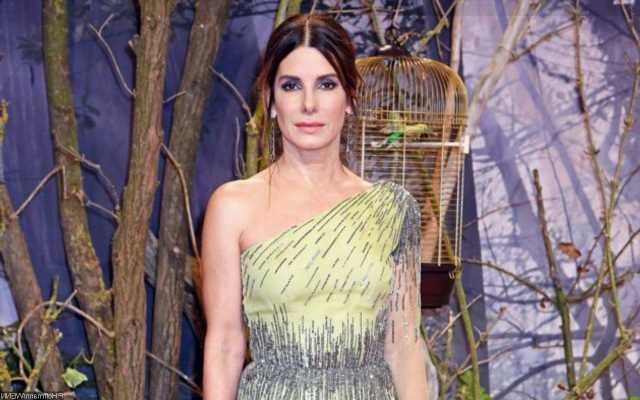 After revealing that she’s going to take a step back from the film industry for the sake of her kids, the actress who portrays Ruth Slater in ‘The Unforgivable’ looks beaming while she’s out and about in New York City.

AceShowbiz –Sandra Bullock has announced that she will be taking a step back from acting. Though so, the Ruth Slater depicter in “The Unforgivable” has vowed that she will “get back” to the film industry after she’s “done being a mom.”

The 57-year-old actress revealed her plans to take a break from the film industry while attending the premiere of “The Lost City” at the SXSW Film Festival in Austin. The actress, who starred as romance novelist Loretta Sage, also served as the producer.

When divulging her acting break plan, Sandra, who is a mom to her two adopted children, 11-year-old Louis and 8-year-old Laila, said, “I am just going to take some time to be a mom.” The Leigh Anne depicter in “The Blind Side” then vowed, “I would love to [continue her career in the film industry] when I’m done being a mom. I’ll get back to it. I don’t know when. Probably when they’re teenagers, solidly 16 or 17 year olds.”

Adding more details, Sandra told Entertainment Tonight about the reason behind her hiatus plan. Speaking to the outlet, the “Bird Box” actress pointed out that she wants to be “in the place that makes [her] happiest.”

“I take my job very seriously when I’m at work,” Sandra said, noting that it’s a “24/7” job. She then elaborated, “And I just want to be 24/7 with my babies and my family. That’s where I’m gonna be for a while.” She further explained that during her acting break, she’ll be “servicing [her kids’] every need. Their social calendar.”

After airing her acting break plan, Sandra was spotted out and about in New York City ahead of her appearance on “The Late Show with Stephen Colbert“. In photos surfacing online, “The Proposal” actress looked beaming while showing off her extraordinary fashion sense.

For the outing, Sandra looked stylish in a pale pink suit which she paired with a revealing navy crop top and multicolored unique pants. The Oscar-winning actress, who carried around a black face mask ahead of entering the studio, added pointy copper-colored heels to compliment her look.