The 28-year-old star chartered a sea plane to the jaw-dropping Amilla Fushi resort, where rooms can cost thousands a night, with boyfriend Paul Knightley and children Rosie and Paul Jnr. 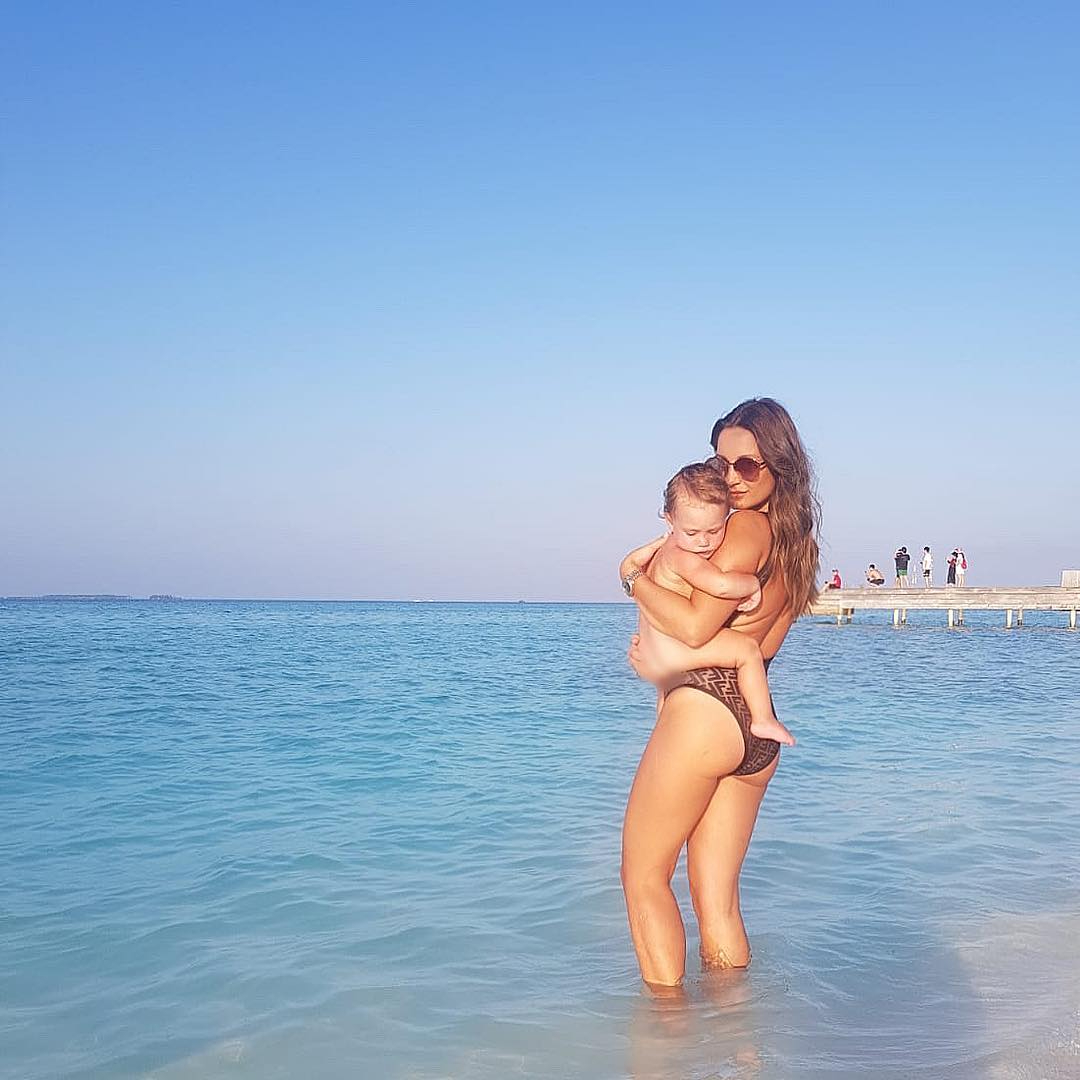 She announced: "Extending our trip", before sharing videos of the family on a five-hour journey to their next stop on the tiny aircraft.

They are shown on the cosy sea plane before touching down and settling into the unbridled luxury of the resort.

In one video, Sam and two-year-old Paul are seen watching fire dancers on the beach at the private island resort in the stunning Baa Atoll, cooing: "Amazing."

They should have plenty to do, with seven restaurants to choose from, two bars on site, a 24-hour concierge service and a children's club. 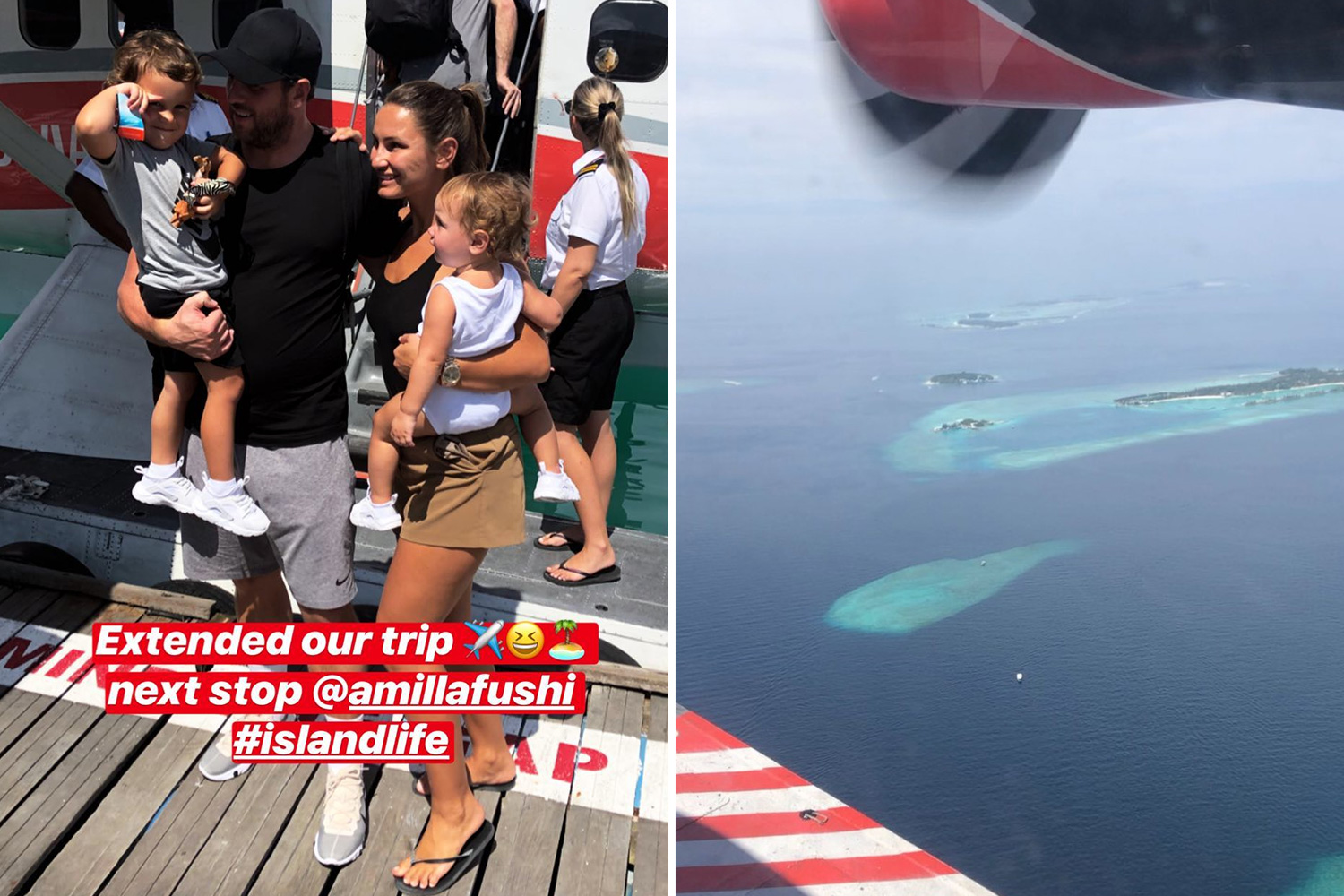 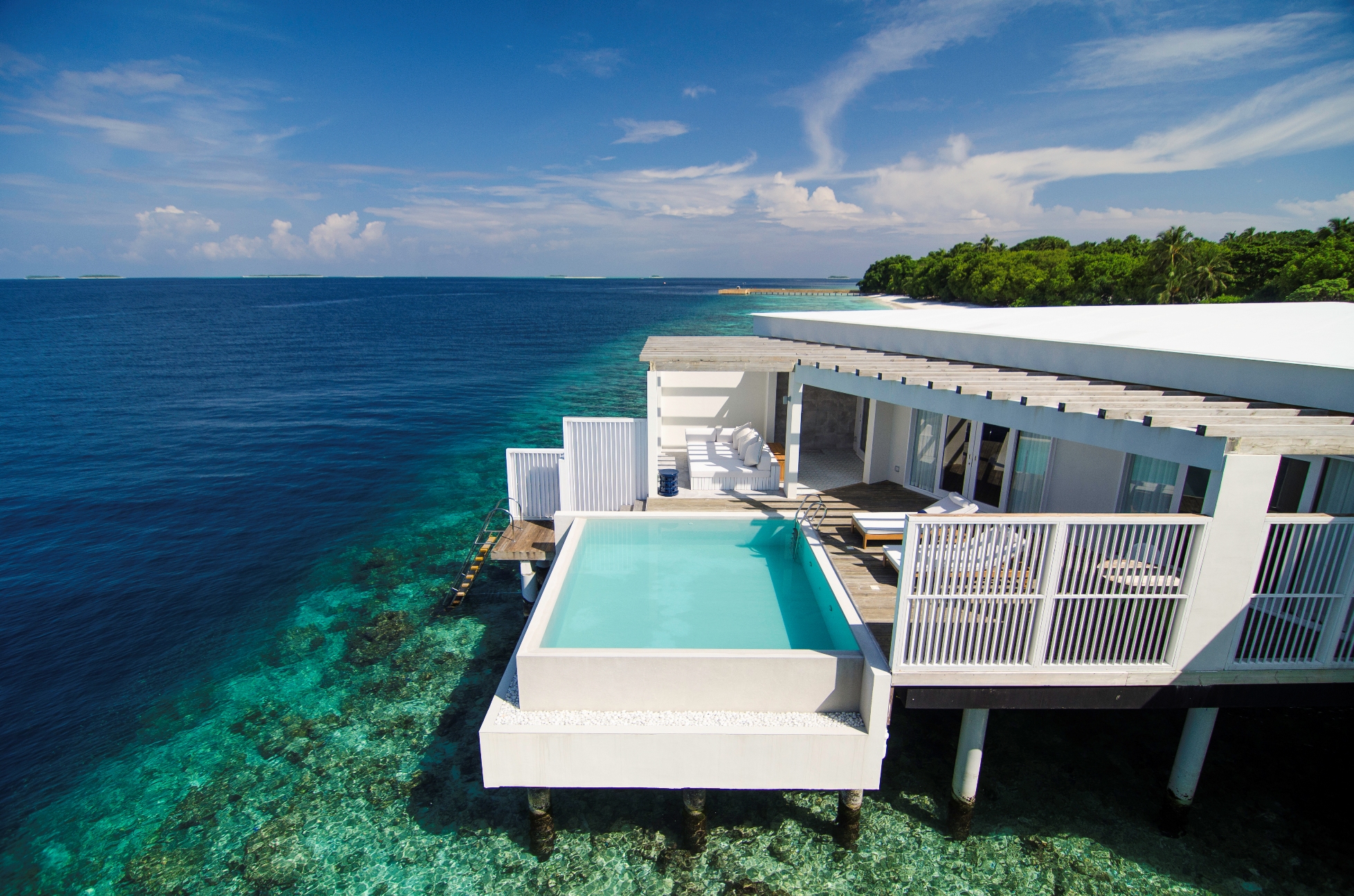 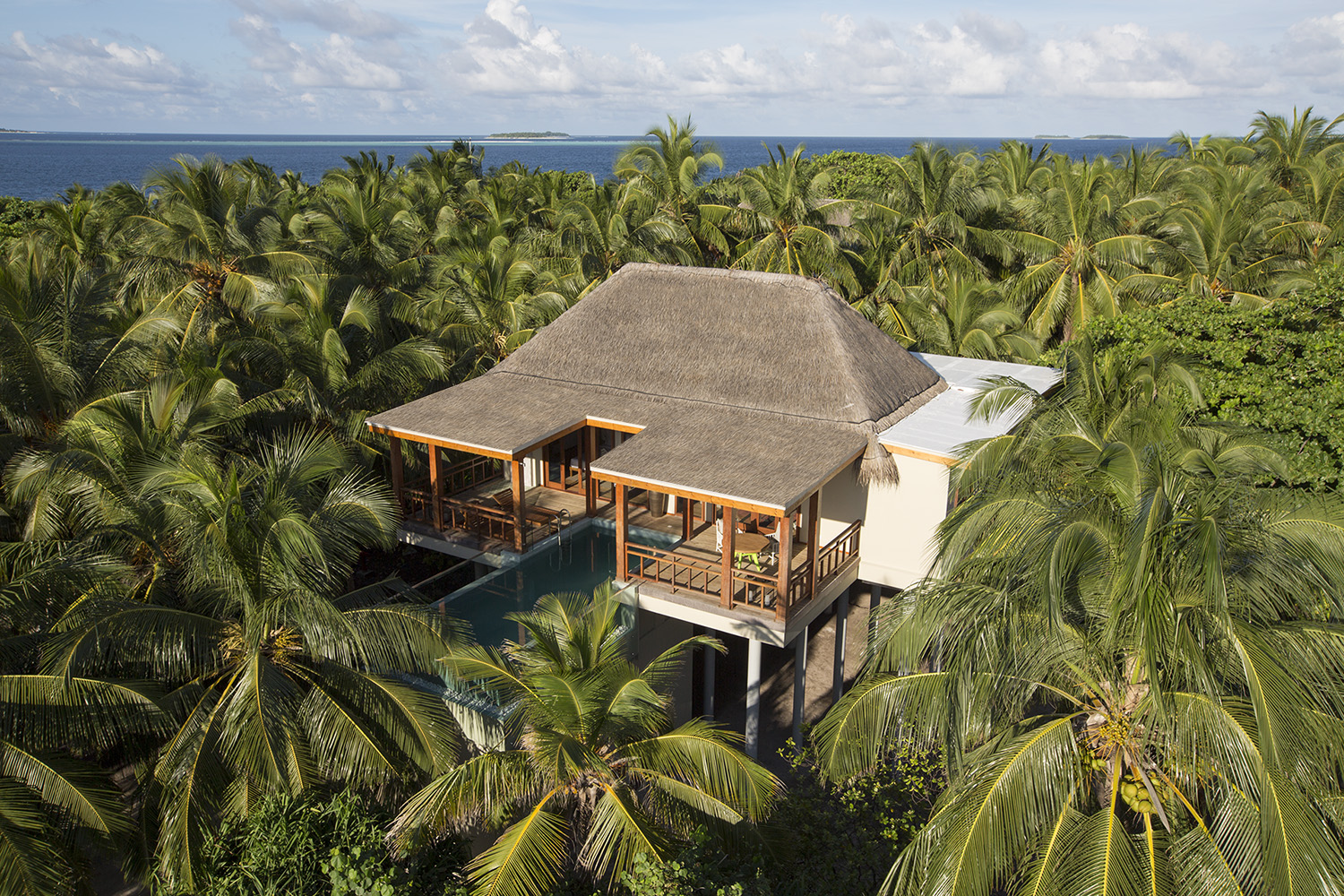 The peace and quiet might be a contrast to Billie's nuptials, where holidaymakers at the Kuramathi resort in the Maldives condemned the wedding party for turning a "paradise island into the Costa Del Sol".

Guests were slammed as "drunk, noisy and rude", while the presence of an ITV film crew sent to film the whole thing enraged other tourists because it meant certain areas were condoned off.

A holidaymaker told The Sun: "The hotel is struggling to put a lid on this yobbish and ugly behaviour.

"One wedding guest is on crutches having stood on a bar stool singing drunkenly then fell off. 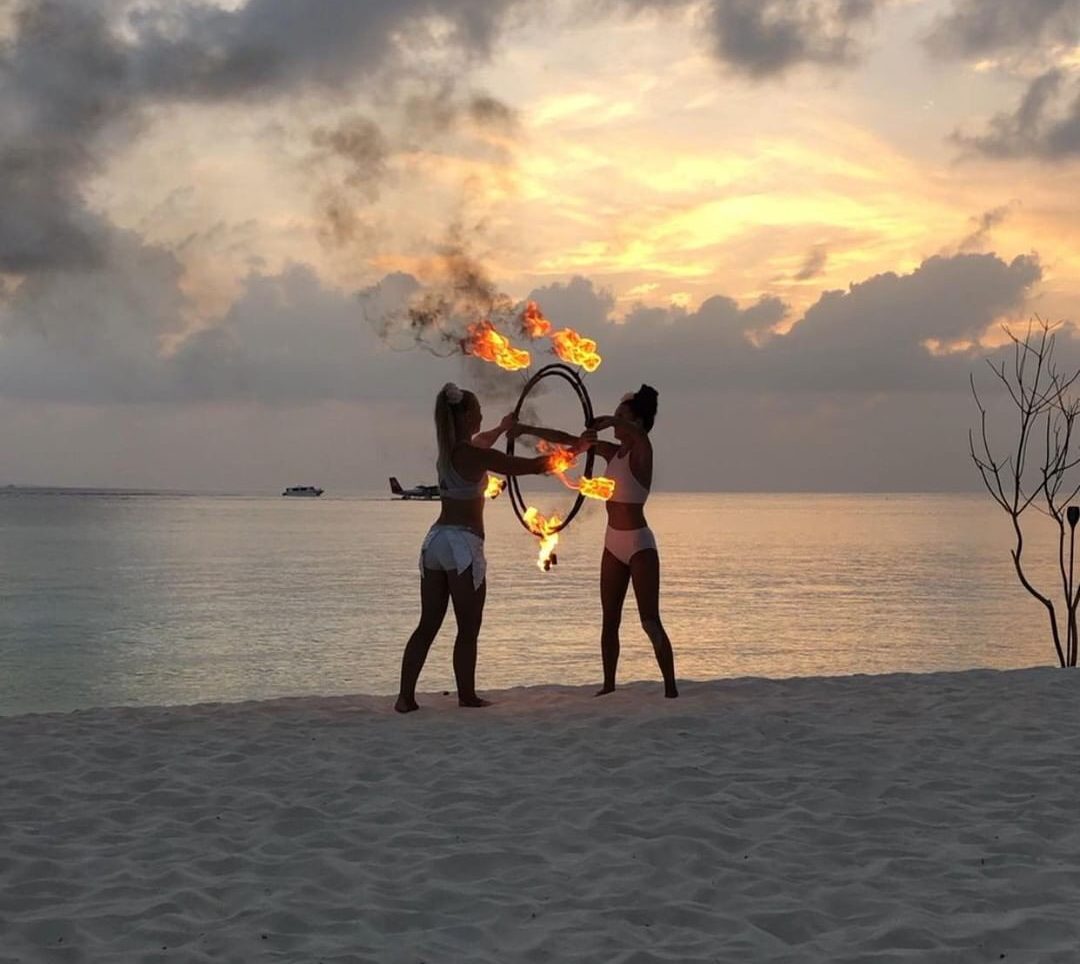 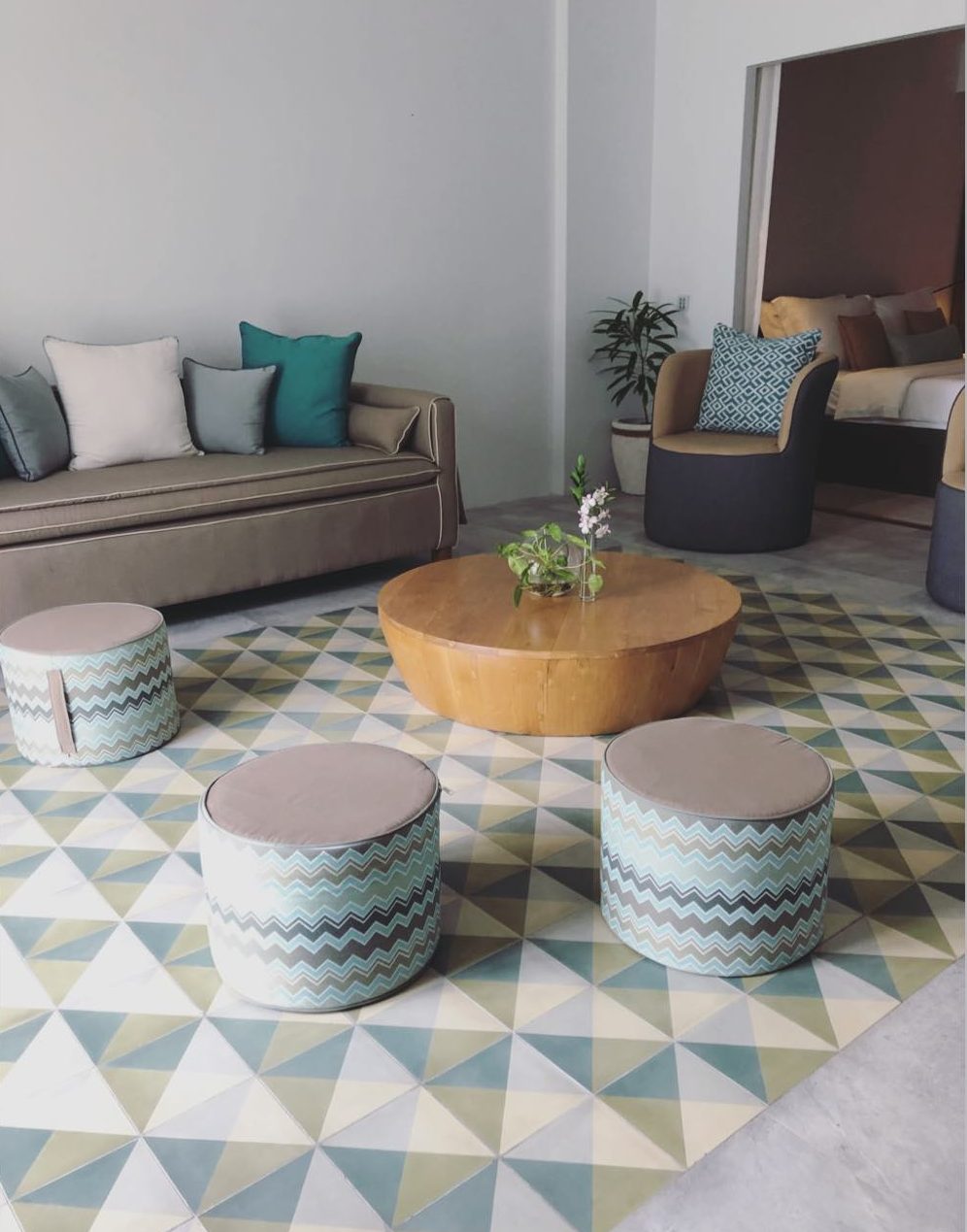 "Security had to eject another drunk wedding guest who had fallen into a pool at night which was attached to the Laguna Bar. The whole thing is ugly."

Another said: "It was meant to be the height of luxury, but it’s full of drunken yobs shouting and trying to be the centre of attention."

They added: “Guests who have saved for years to be here are so upset.”

One mum, who paid £7,000 for her break in the Indian Ocean, sobbed: “They’ve turned this paradise island into the Costa del Sol.” 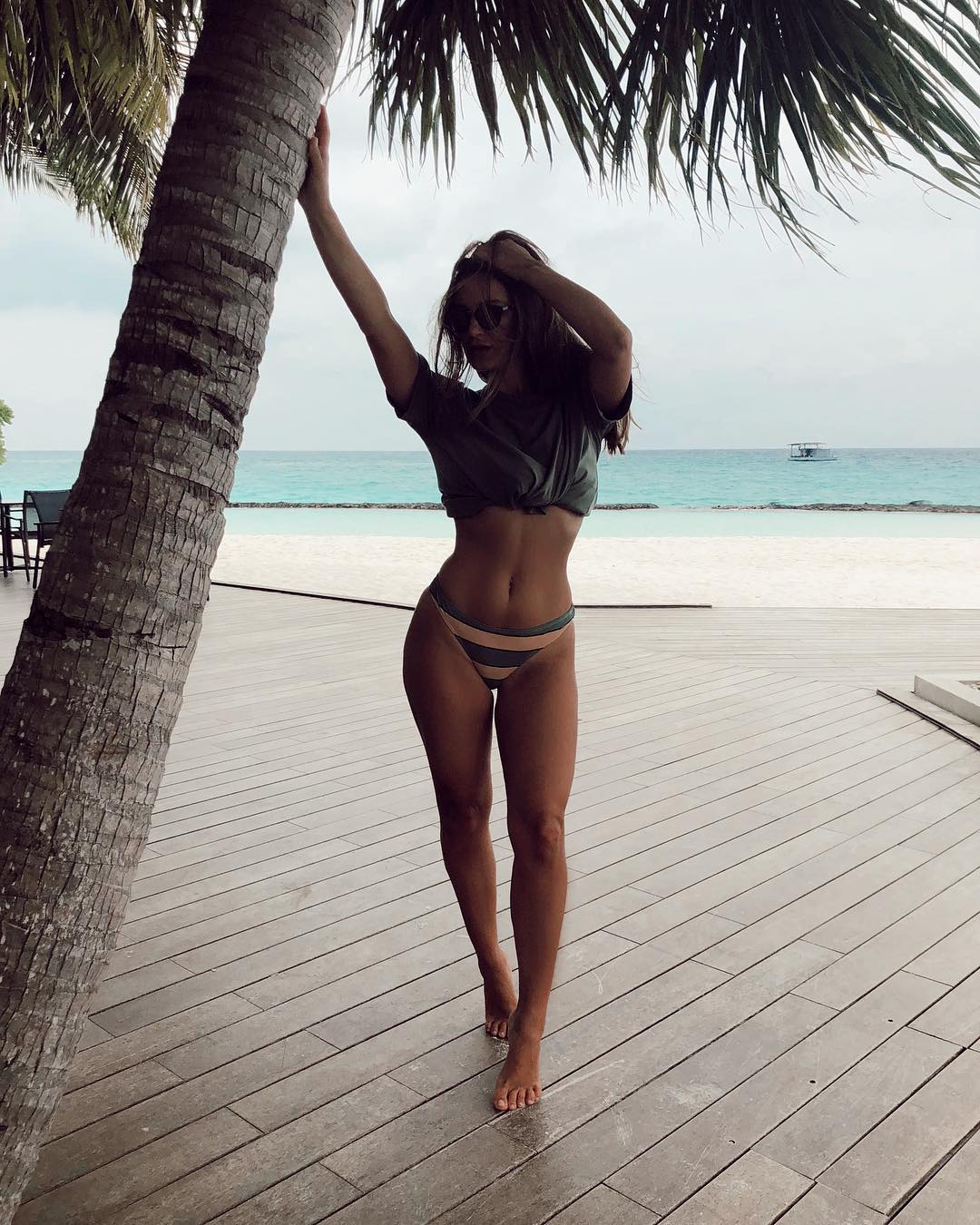 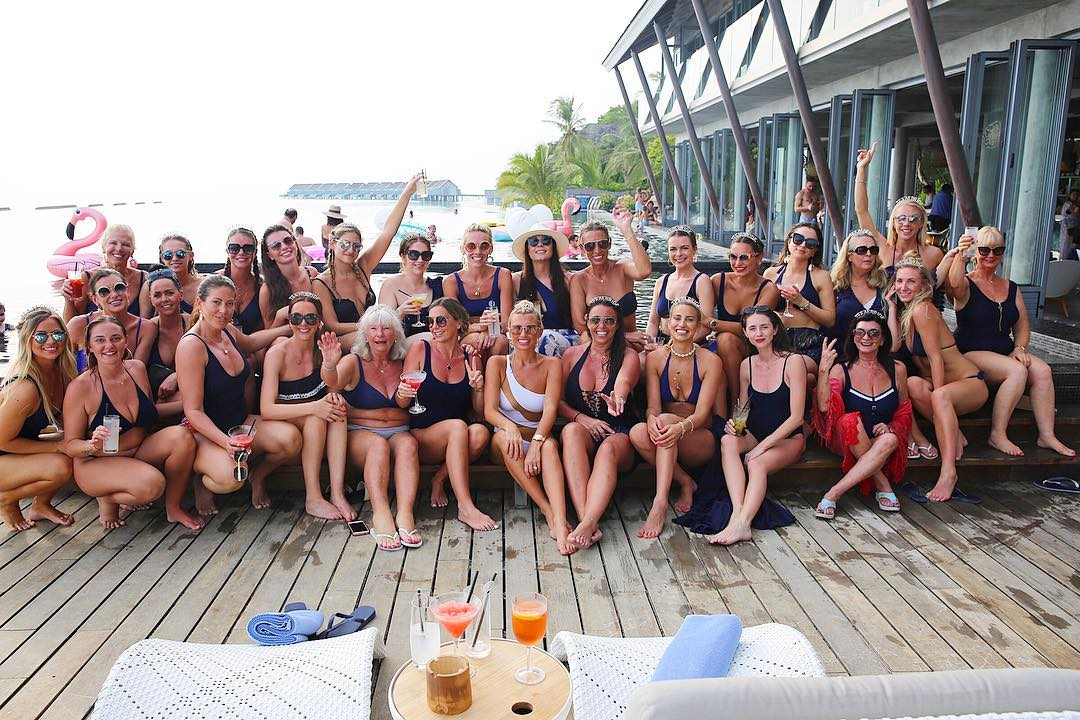 The flight was no calmer, with The Sun revealing how the mayhem began on the plane, with guests accusing of hurling abuse – and Billie's stepdad Dave Chatwood thrown off the flight for being drunk.

"It was horrendous", a source onboard told us. "Far from showing any remorse about the delay, they exhibited the worst ever qualities of ‘Englishman abroad’."

However, Billie has claimed her wedding party was "very respectful" and insisted she had no complaints about bad behaviour.