Timed perfectly to the first East Coast blizzard, the winter awards season is finally here. Following Wednesday’s Golden Globe nominations, the SAG Awards are keeping the (snow)ball rolling with a nominees list of their own. This Thursday, February 4, Lily Collins and Daveed Diggs will announce the prestigious class of 2021, starting at 8 a.m. PT via the guild’s official Instagram Live account. (Yes, you read that right: The nominations will be announced exclusively via Instagram, so get ready to switch up your typical awards habit and watch on your phone while tweeting on your laptop.)

So, who are the special snowflakes among the Screen Actors Guild? Anne Thompson has already posted IndieWire’s SAG Awards predictions on the film front, and below you can find our expectations for TV. The pandemic continues to cause disarray, as many perennial contenders saw production delays that pushed them out of eligibility. That means “The Handmaid’s Tale” isn’t competing in the Drama categories, “The Marvelous Mrs. Maisel” won’t be back in the Comedy mix, and maybe, just maybe, “Game of Thrones” won’t be nominated this year.

Below, check out IndieWire’s TV predictions in all categories, and check back Thursday morning for analysis of the full results. Winter is finally here. Let’s enjoy it, shall we?

Best Actress in a Drama Series

Could all five slots really be controlled by just two shows? It’s entirely possible, perhaps even likely. Helena Bonham Carter (“The Crown”) and Olivia Colman (“The Crown”) represent two of last year’s three nominees still eligible (Jodie Comer is the third), while Laura Linney has been nominated for each season of “Ozark” so far, and her co-star Julia Garner entered the fray during the show’s last eligible season. Toss in Gillian Anderson and Emma Corrin, both of whom made very buzzy, very well-received debuts in this season of “The Crown,” and there are technically more likely nominees from both Netflix originals than there are slots available. Comer, Jurnee Smollett (“Lovecraft Country”), and even Viola Davis (in her last season of “How to Get Away With Murder”) would all be likely bets under different circumstances, but it’s hard to see past the high viewerships and awards pedigree of the top two contenders.

Best Actor in a Drama Series

In a Perfect World: Nicco Annan, “P-Valley”; John Malkovich, “The New Pope”; Jude Law, “The New Pope”; Ben Mendelsohn, “The Outsider”; Jack Dylan Grazer, “We Are Who We Are”; The “Billions” Boys

So much of this category could change based on how crazy the actors’ guild goes for any particular show. For instance any number of series could control two spots. “The Crown” might snag multiple nods, if voters see fit to honor Josh O’Connor and Tobias Menzies. “Perry Mason” could also double up, with recent favorite Matthew Rhys and long-time favorite John Lithgow, or “Ozark” could benefit from “Mank” co-star Tom Pelphrey’s big year and add another nominee next to former winner Jason Bateman. “This Is Us” could see a return to form in the SAG race if Milo Ventimiglia joins eight-time nominee (and four-time winner) Sterling K. Brown, while a number of long-shots could break in on the backs of their show’s popularity: Pedro Pascal (“The Mandalorian”) may be behind a mask in “The Mandalorian,” but he did some serious emoting in a few key scenes this season. Meanwhile, Amazon’s “The Boys” may be a superhero show, but the awards campaign is in full force, which could benefit breakout Antony Starr. And finally, if Netflix’s numbers are to be trusted, “Bridgerton” could be the morning’s surprise multi-nominee with an Ensemble nod and one here, for Regé-Jean Page. We’ll have to wait and see who the nominating committee’s favorites turn out to be. 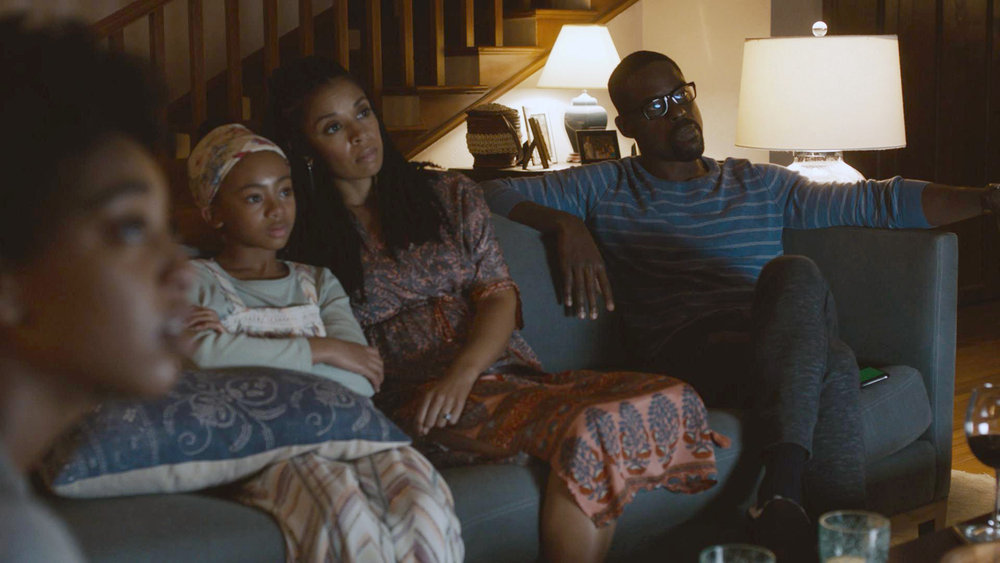 Eris Baker, Faithe Herman, Susan Kelechi Watson, and Sterling K. Brown in “This Is Us”

Best Ensemble in a Drama Series

History tells us to trust in the past, so with that in mind, expect “The Crown,” “Ozark,” “This Is Us,” and “Better Call Saul” to all make the cut in the Ensemble race. Each has been nominated here before, and each has been nominated recently — either last year, or for their last eligible season, save for “This Is Us,” which missed out after two straight years in the club. So why will the NBC drama make the cut this year? Simple: Four of the five 2020 nominees are no longer eligible, and without many new, dominant, actorly series to take those slots, I expect strong ratings to buoy back a show that’s always featured a solid, likable cast. As for the fifth slot, it’s a four-way race between “Lovecraft Country,” “The Mandalorian,” “Bridgerton,” and “Perry Mason.” Each one of these has viewership in its corner (an increasingly key attribute at the SAGs), but “The Mandalorian” and “Bridgerton” seem more craft-friendly than actors’ favorites. If HBO’s lush reboot proves endearing to voters, its cast will be irresistible, but I’m betting on “Lovecraft’s” Jurnee Smollett, Jonathan Majors, and Aunjanue Ellis to cast a more powerful spell on the Screen Actors Guild.

Best Actress in a Comedy Series

Can “Schitt’s Creek” replicate its Emmy success at the SAGs? With many of last year’s dominant shows out of the running (“Fleabag,” “Barry,” “The Marvelous Mrs. Maisel” and “The Kominsky Method” are all ineligible), the path has been cleared for the popular PopTV comedy to have one more lovefest. Look for Catherine O’Hara and Annie Murphy to both land spots, while last year’s only other eligible nominee Christina Applegate will likely repeat as well. Can her co-star Linda Cardellini get in? It’ll likely come down to her, “Ted Lasso’s” Hannah Waddingham, and long-time snub “Insecure” star Issa Rae. (The HBO comedy has never been nominated at the SAGs, though with less competition and a strong recent season perhaps this is finally the year.) Meanwhile, look for six-time Ensemble nominee Kaley Cuoco to earn her first solo nod for “The Flight Attendant,” which seems to have the buzz and viewership combination needed for SAG success.

Best Actor in a Comedy Series

Spoilers: Anthony Anderson, “Black-ish”; Ted Danson, “The Good Place”; Larry David, “Curb Your Enthusiasm”; Nicholas Hoult, “The Great”; Matt Berry, “What We Do in the Shadows”

OK, this list might look a little off, but here me out. Apple proved last year it had the viewership needed to get its top-tier talent nominated — Jennifer Aniston even won. (Remember that? Wasn’t that great? Yes, yes it was.) Also, I think we can all agree “The Morning Show” didn’t have quite the across-the-board love “Ted Lasso” does, so I have to believe voters will back Jason Sudeikis as hard as Apple is backing his show. Dan and Eugene Levy should capitalize on the “Schitt’s Creek” love, but neither has been nominated here before, so their inclusion is far from a sure thing. Anthony Anderson (“Black-ish”), Ted Danson (“The Good Place”), and Ramy Youssef (“Ramy”) could all steal one or both their spots, but even if they don’t, there’s one more dark horse worth keeping an eye on: Steve Carell. The former “Office” star is absolutely beloved at the SAGs, with nine solo nominations over film and television. At this time last year, many had written off his chances of getting nominated for “The Morning Show,” citing bad reviews and an unlikable character. He still got in. “Space Force” may not be top of mind, but it earned sizable viewership on Netflix, and Carell has earned unlikelier nods. The safe money would be on Ted Danson, but I’ll take a flyer on Carell. 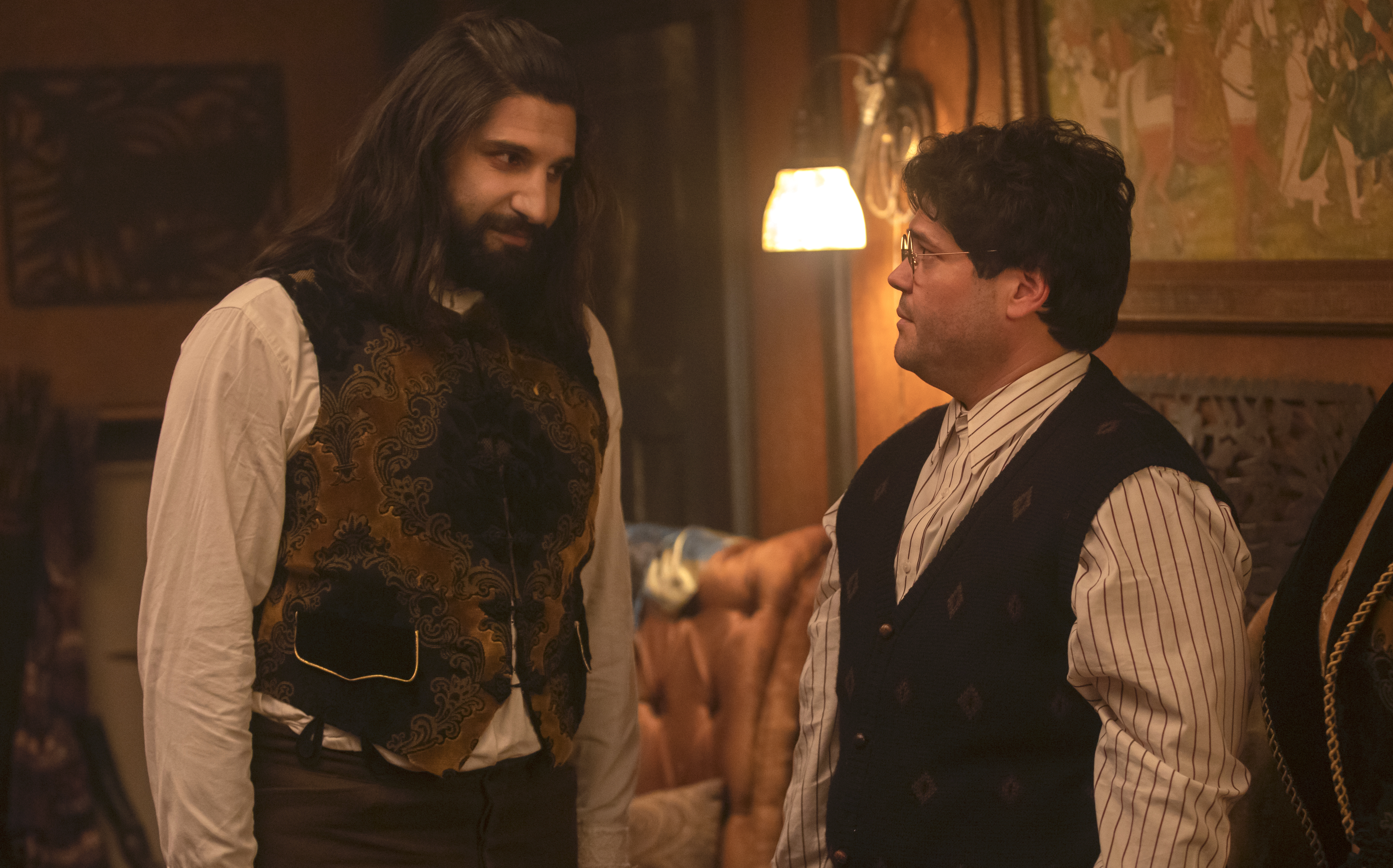 Best Ensemble in a Comedy Series

Who will or can win Best Ensemble is a question for after the dust of nomination morning settles, but hoo boy, would it be fun to see “Schitt’s Creek” square off against “Ted Lasso” and “What We Do in the Shadows.” PopTV’s comedy is the presumptive favorite, but we’ll know just how strong it is once its total nominations count comes in; Apple TV+, meanwhile, has the new kid on the block, and his popularity is surging by the day. “What We Do in the Shadows” would make things extra intriguing, if only because the Ensemble winner doesn’t always go to the most-nominated show, and the FX original is innately strong as a unit, even if its hard to choose a favorite among the individual performers. I’m willing this into existence by placing them in the top three slots, but “Dead to Me,” “Insecure,” “The Good Place,” “Black-ish,” and “Curb Your Enthusiasm” are all strong options. My gut says Larry David’s classic will catch the last spot, after helping so many folks get through the early days of the pandemic.

Best Actress in a Limited Series or TV Movie

In a Perfect World: Marielle Heller, “The Queen’s Gambit”; Kate Mara, “A Teacher”; Heidi Schreck, “What the Constitution Means to Me”

Thanks to the SAG’s limited categories for limited series, “The Queen’s Gambit” may get more attention at other awards shows, but it should still walk away with this category. Anya Taylor-Joy is the star of the moment, even when she’s facing down titans like Nicole Kidman (“The Undoing”), Cate Blanchett (“Mrs. America”), Kerry Washington (“Little Fires Everywhere”), Uzo Aduba (“Mrs. America”), and Octavia Spencer (“Self-Made”). Daisy Edgar-Jones could sneak into the race on the back of “Normal People’s” popularity (and a very deserving performance, of course), while Michaela Coel is a powerhouse of her own making. (“I May Destroy You” could be a legitimate rival to “The Queen’s Gambit,” though its summer release seems to be dampening the buzz.)

Best Actor in a Limited Series or TV Movie

It would be rather surprising indeed to see any of these five men not nominated come Thursday. Hugh Grant is riding high of late, after a mini career revival via multiple prestige roles, and “The Undoing” absolutely lives and dies on his performance. Ethan Hawke goes whole hog in “The Good Lord Bird,” providing more entertainment per word than any other actor on the ballot, though Mark Ruffalo does do twice the work for the same nomination, playing twins in HBO’s “I Know This Much Is True.” (He also won the Emmy in 2020.) Hugh Jackman got the best reviews of his career for “Bad Education,” and Paul Mescal is the consensus breakout star of the year — well, presuming you already knew about Anya Taylor-Joy, that is. Brendan Gleeson and Bryan Cranston would be Nos. 6 and 7, if there were that many slots, and perhaps they can surprise. It will likely come down to if enough voters saw “The Comey Rule” and stuck with “Your Honor.”