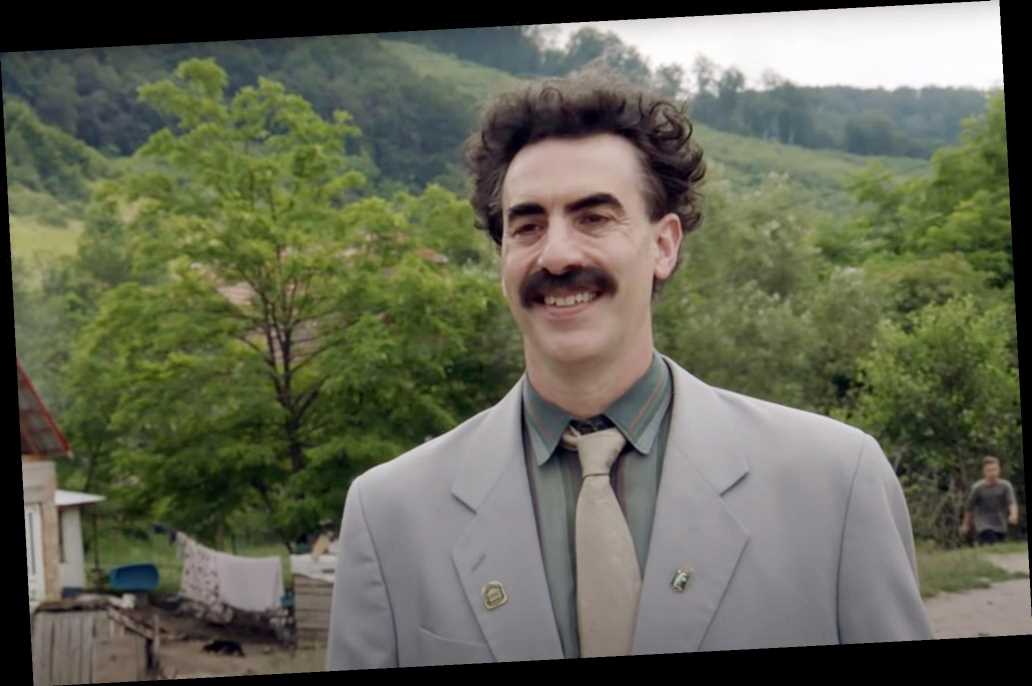 Sacha Baron Cohen had two chances to pull focus during Sunday’s broadcast of the 78th Annual Golden Globes Awards, when he picked up two wins for “Borat Subsequent Moviefilm”: One for himself for Best Actor in a Musical or Comedy, and one for Best Musical or Comedy for the movie itself, which Baron Cohen of course wrote and produced. Baron Cohen appeared remotely from his home, his wife Isla Fisher by his side genuinely laughing at all of his jokes. In his second speech of the night, Baron Cohen took one more opportunity to make a joke about the former President.

“Hold on, Donald Trump is contesting the result,” he said. “He’s claiming that a lot of dead people voted, which is a very rude thing to say about the HFPA.”

The HFPA took a real beating this year as presenters took the opportunity to rip into the organization for its lack of diversity. In his first speech, Baron Cohen spread out the jibes between the HFPA and Rudy Giuliani, who appears in the film in a highly compromised position.

“Thank you to the all-white Hollywood Foreign Press. I’ve gotta say this movie couldn’t have been possible without my co-star, a fresh, new talent who came from nowhere and turned out to be a comedy genius,” Baron Cohen said. “I’m talking, of course, about Rudy Giuliani. I mean, who can get more laughs out of one unzipping? Incredible. Our movie was just the beginning for him, Rudy went on to star in a string of comedy films. Hits like ‘Four Seasons Landscaping,’ ‘Hair Dye Another Day’ and the courtroom drama ‘A Very Public Fart.’”

Baron Cohen also thanked his team in his second speech, including his bodyguard, “who stopped me getting shot twice. You know who you are, and you know I’m not allowed to say your name, but thank you.”

The 78th Golden Globe Awards kicked off on Sunday, February 28 at 8 p.m. ET on NBC. Like all other recent awards shows, the latest installment of the Golden Globes was held virtually for health and safety reasons. Tina Fey and Amy Poehler co-hosted the event from New York City and Los Angeles, respectively.