Turnaround stories don’t get much better than Sunday night’s 60 Minutes profile of opera star Ryan Speedo Green, whose rise in the arts was against all odds.

Today, this former juvenile delinquent belts out baritone roles in the finest opera houses in the world. In the clip, it shows he is forever grateful to teacher Elizabeth Hughes, who gave him the first rung out of his hellish life from prison and an abusive home. And to his caseworker Priscilla Piñeiro-Jenkins.

Green had all the cards stacked against him and recalls the lowest points of his life as he tells 60 Minutes journalist Scott Pelley, “Being in this cell was the lowest point of my entire life. When I got out of here that was my motivation to never end up in a place like this.”

Green was in trouble. He screamed his lungs out in a juvenile lock-up and was so angry that he was deemed violent and a threat to his own family.

Sometimes all it takes is one caring person to listen and observe, and that is exactly what happened to Green as a locked up teen. Fortunately for him, a couple of women saw through his behaviors and both of them gave him their patience and an ear, and what happened next was nothing short of miraculous. 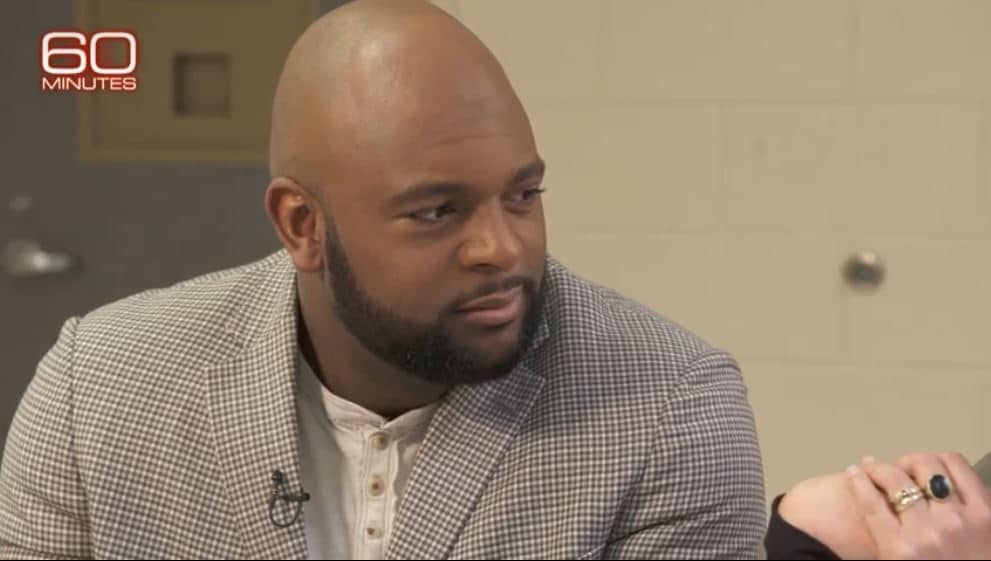 Green was placed in the detention center after pulling a knife on his mother and brother. He was 12 years old.

Of his time in solitary, Green tells Pelley, “Being in this cell was the lowest point of my entire life. When I got out of here that was my motivation to never end up in a place like this.”

Hughes was his teacher and visited him. She told him, “Don’t let this moment define you. You can be better. You can do better.”

Another woman, Priscilla Piñeiro-Jenkins, was assigned as Green’s caseworker.

She experienced his anger first hand at the detention center. Green called her a “Hawaiian b***h” and she was the one who saw through his demeanor and helped him believe that someone cared and would listen to him.

“He’s a child. He’s not [mad] at me,” She remembers thinking. “You can’t just say no to someone and shut them out when you know they’re desperate to figure out…Who will love me? Who will care for me? Will you stand by me even if I’m cussing you out?”

Now successful and through the turmoil of his youth, Green is reflective with 60 Minutes.  He said, “I had a lot of issues and a lot of anger problems. A lot of explosions of anger, frustration, that was going on at the time.”

It was these two women, Hughes and Piñeiro-Jenkins plus a psychiatrist provided by the state of Virginia that saved him.

Once he was released, he went to a new school in a new town and made all-new friends. The seeds planted in him to take care of himself took root, and he excelled in after-school activities including football, Latin Club and chorus. Singing was what he loved. And boy, could he sing.

It was a class trip to the Metropolitan Opera in New York City where Green encountered the incredible African-American opera star Denyce Graves, and it set him in motion.

“The title role was a person who looked like me, was a person of color. It completely just shattered all my preconceptions of what I thought opera was,” he tells Pelley. “I fell in love with opera that day.”

Cut to academic achievement with several degrees and now Green is a member of the Vienna State Opera and he sings in many languages to audiences who pay handsomely to hear him all around the world.