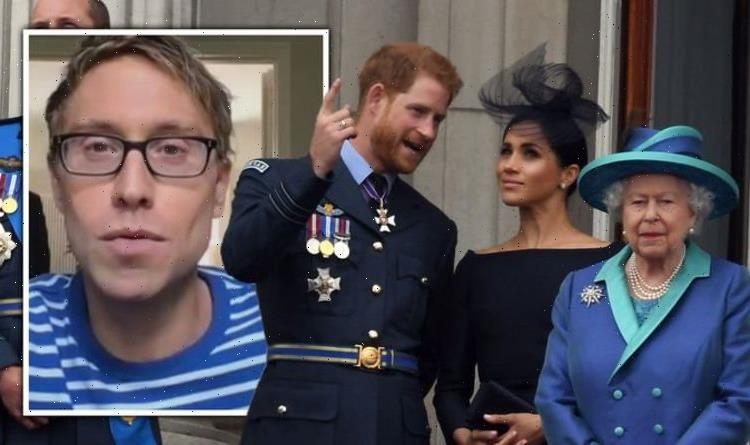 Russell Howard was welcomed onto Martin and Roman’s Weekend Best! on Sunday along with Christine Lampard and Les Dennis. Martin and Roman Kemp quizzed the comedian on his time in Australia as Russell explained Australians are “worried” about the Queen after Prince Harry and Meghan Markle opened up to Oprah Winfrey.

Roman quizzed: “Let’s talk about your time in Australia as well because I’ve heard you kept an Aussie accent when you over there.

Russell explained: “I was there when it was the Meghan and Harry interview with Oprah.

“As soon as they found out I was English they were like, ‘How’s the Queen? Is she okay?’

“So I was trying to do a bit of the Aussie accent to try and get through the day so no one would give me any hassle.”