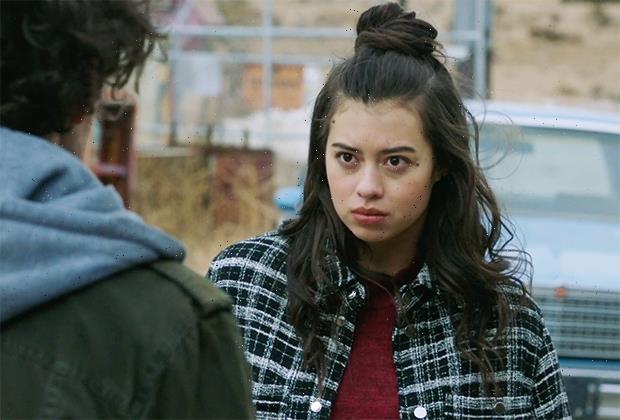 Something fishy is always happening in Roswell, New Mexico, but this might be the first time a character has actually been accused of being a dolphin.

The comparison is made in TVLine’s exclusive sneak peek from Monday’s episode (The CW, 9/8c), during a chat with Michael and Rosa, the latter of whom wants to join the fight against Maria’s assailants. But Michael isn’t exactly eager to add Rosa to the team, telling her, “Ultrasonic hearing makes you a dolphin, not an asset. Swim along, Flipper.”

He changes his tune, however, when he makes an important discovery about Rosa’s burgeoning powers. “You don’t just hear things,” Michael tells her. “Your ears are detecting subatomic vibrational frequencies!”

Michael then launches into a whole lot of science talk, to which Rosa has the perfect reply: “I used to get high under the bleachers during chemistry. Can you explain that last part to me?” And he does, but you’ll have to watch the clip to find out what he says.

Elsewhere in Monday’s episode, which marks the TV directorial debut of series regular Heather Hemmens, “Liz’s plan does not go as expected, putting herself, Isobel and Michael in danger. Meanwhile, Eduardo confides in Alex,” according to the official logline.

Hit PLAY on the video above for your first look at Monday’s Roswell, New Mexico, then drop a comment with your thoughts on Season 3 below.