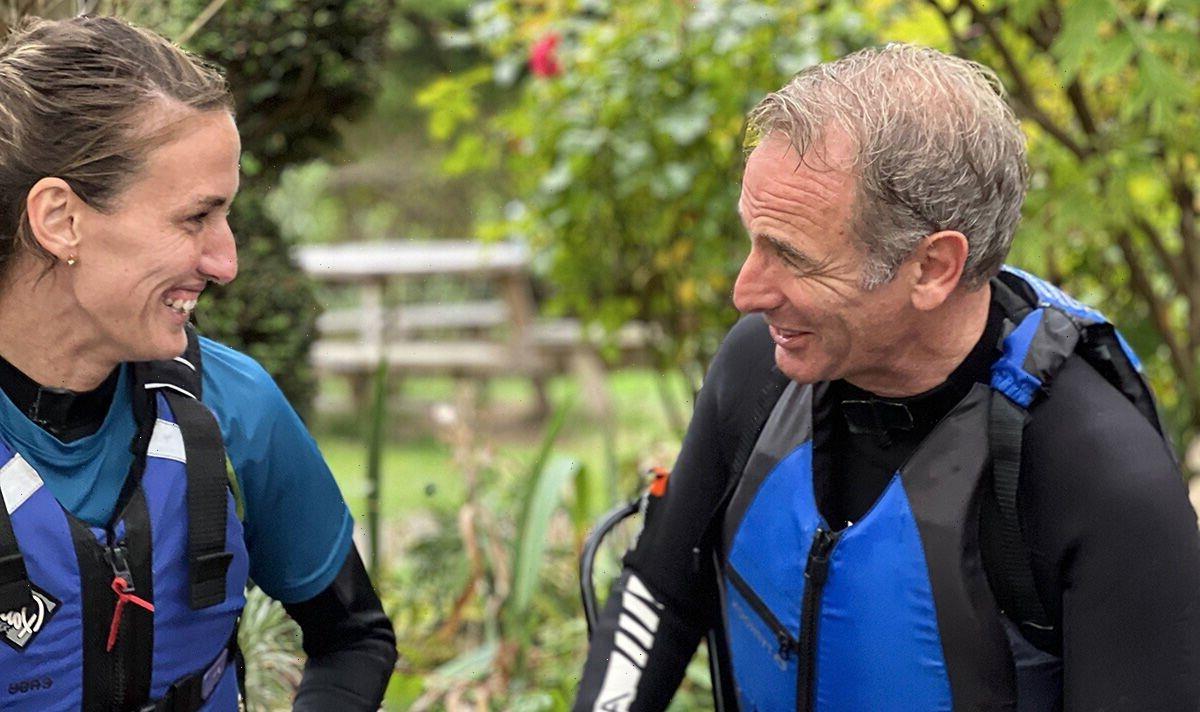 Grantchester: Robson Green reveals there’s a ‘secret’ under his hat

Robson Green’s Weekend Escapes has been airing on BBC Two and the actor has been spending quality time with different celebrities. In the upcoming episode, the actor heads to North Yorkshire to meet Euro-winning Lioness and Queen of the Jungle, Jill Scott. Speaking to Express.co.uk he admitted he felt starstruck around her.

Robson’s new series sees him discover the roads less travelled in the North East as he showcases the area’s natural beauty.

On each journey, he tries an outdoor activity with a different famous face as they share their favourite memories from places close to their hearts.

Footballer Jill Scott showed Robson her favourite Yorkshire spots and he said he was “always tongue-tied around footballers”.

Speaking to Express.co.uk he said: “I’m useless. Famous actors, anybody in the industry whether it be theatre or TV or film, I’m at ease with.

“I’m really cool because I’m kind of from that ilk and I know what they have gone through in terms of the journey.

“However, there’s something about footballers that I just fall apart and I think it’s because they are legends.

“I mean Les Ferdinand was iconic and still is, and when he was walking around the North East with me people would come out because they loved him for what he did for the region.

“The reason why Jill is iconic and quite rightly deserves all the accolades is not only is she a gorgeous human being, she’s a real inspiration for men and women.”

He explained how recently she quoted young girls at Christmas would be asking for football boots for a present and that would be the norm.

“How revolutionary is that? How wonderful is that?” he said.

“And to be around a person like that makes you feel great, but what was delightful is I got to sing with Jill in the car and she complimented me on my singing because she thought I was autotuned.

“It was a joy and all the guests said it feels like they have been away for a week, it’s been two days.

“They all felt relaxed and recharged, maybe it’s because we were doing something incredibly normal.

“It’s a big risk for the BBC, a small independent company shedding out a lot of public money.

He said the best part about making the series was being able to employ people locally from the North East.

He added: “We didn’t need to prove anything, we just had to invest in them and they will deliver, and I feel they have.”

As for what he wanted viewers to take away from the series, he said: “All the things that can make you feel good are mainly on your doorstep.

“Taking time out in the outdoors is good for your mind, body and soul.

“Weekends are precious so maybe set them aside, it’s something my mother and father did every week that we go away for the weekend and it didn’t cost us a lot and we had great fun.”

Taking viewers into the heart of the North East, the programme showcases the region’s natural beauty and the important role it plays in relieving stress and supporting mental health.

Across the series, Robson journeys on an old steam train, spends a night in a hammock, sketches with local artists, and cycles along the coast and castle route, which stretches from Newcastle to Edinburgh.