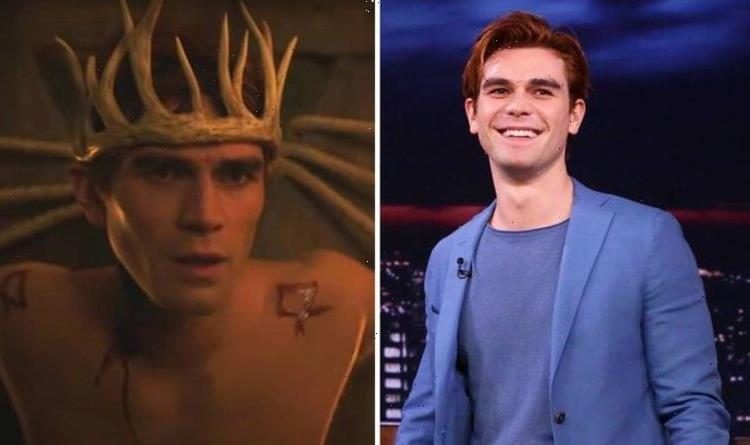 Riverdale season five fast-forwarded seven years so the Core Four and the rest of their friends are now young adults. While the previous series focused on some real-life themes, the start of season six will do the complete opposite as it delves into the supernatural. The CW teen drama has begun its five-episode event entitled Rivervale.

Riverdale has played with the possibility of ghosts, demons and aliens for years now but whatever has happened, there has always been a kind of logical explanation.

“Rivervale” is the show’s chance to put any reality aside and go full throttle on supernatural storylines.

This idea started to be put into motion with the end of season five as Cheryl Blossom (played by Madelaine Petsch) had newfound powers.

As she discovered the ancestors of Archie Andrews (KJ Apa), Betty Cooper (Lili Reinhart) and Jughead Jones (Cole Sprouse) had murdered her relative, she put a curse on them.

Riverdale season six will be known as “Rivervale” for the first five episodes and from the get-go, there was a clear shift in the drama.

Cheryl had powers which she was using against her former friends in a bid to get revenge on behalf of her ancestor Abigail.

She plotted to murder Archie as she believed his death would allow the town of “Rivervale” to flourish.

So, in a shocking moment no one expected, Cheryl stabbed Archie and extracted his heart in front of many of his friends and neighbours.

After having his heart taken out, it does seem very unlikely that Archie survived.

However, this didn’t occur in just any ordinary episode of Riverdale but the beginning of “Rivervale” which is all about the supernatural.

As “Riverdale” is a series set in the real world, it is believed “Rivervale” is a parallel universe where all the characters are the same but witchcraft is real.

If this is really the case, then Archie is dead but only in this other universe, rather than the one we have come to know over the past four years.

“Rivervale” is only for five episodes so when series six does eventually air, it is thought the show will pick up from where it left off in Riverdale.

Therefore, Archie is going to be back with the rest of his friends and new girlfriend Betty.

Apa has already publicly revealed he and his co-stars have signed multi-year deals for Riverdale.

The LA Times reported last year: “Though he [Apa] wouldn’t get into the specifics of his contract — which he said is the same for all of the show’s leads — Apa said he’ll be on Riverdale for the next three years.”

This means Archie and Riverdale as a whole should still be alive and kicking until at least 2023.

Riverdale will be back next week for season six, episode two which is called Ghost Stories.

A synopsis has not yet been released for the next instalment but a description has come out for episode three Mr Cypher.

The synopsis reads: “After being visited by a mysterious figure who arrives in Rivervale, the gang find themselves faced with unexpected ultimatums.”

Riverdale season 6 airs every Tuesday on The CW and will be released every Wednesday on Netflix.