SPOILER ALERT: The story includes details about the Season 18 Episode 10 of Grey’s Anatomy, “Living in a House Divided.”

In tonight’s Grey’s Anatomy, which marked series regular Richard Flood’s final episode on the show, Teddy continued her quest to find out what happened in the car after she left which she (rightfully so) suspected led to Cormac Hayes’ (Flood) abrupt resignation.

Owen refused to confide in her that he had been assisting terminally ill veterans who want to end their lives, a secret that forced Hayes’ hand as he opted to quit faced with the dilemma of either having to report his friend or become an accomplice.

In one of Flood’s final two scenes, Teddy confronted Hayes in the parking lot as he was carrying his belongings to his car but he would not tell her, sending her back to Owen. By the end of the episode, she was on the verge of a breakthrough after she caught the wife of Owen’s patient Noah taking drugs from Owen’s car.

Per Grey’s Anatomy tradition, Flood also had a final scene with the show’s star, Ellen Pompeo, for whose Meredith Grey Hayes was once a potential love interest.

In the sweet encounter, Hayes explained to Meredith why he had planed to leave without saying goodbye.

“Because if I say goodbye to you Grey, I might not actually leave,” he said. “In all the years since Abigail died, you are the first person who got it. You made me feel less alone. You helped me believe that there might even be life after Abigail. Thank you for that.”

Flood joined Grey’s Anatomy as a recurring in Season 16, when the potential Meredith-Hayes romance was teed off, and was promoted to series regular in Season 17. But that storyline — along with others — were left behind as Covid and the fight with the pandemic took center stage last season.

There was chatter this past summer that Flood may be heaving ahead of Season 18. He stayed on, and Hayes briefly formed a potential love triangle with Meredith and her new love interest, Nick (Scott Speedman). 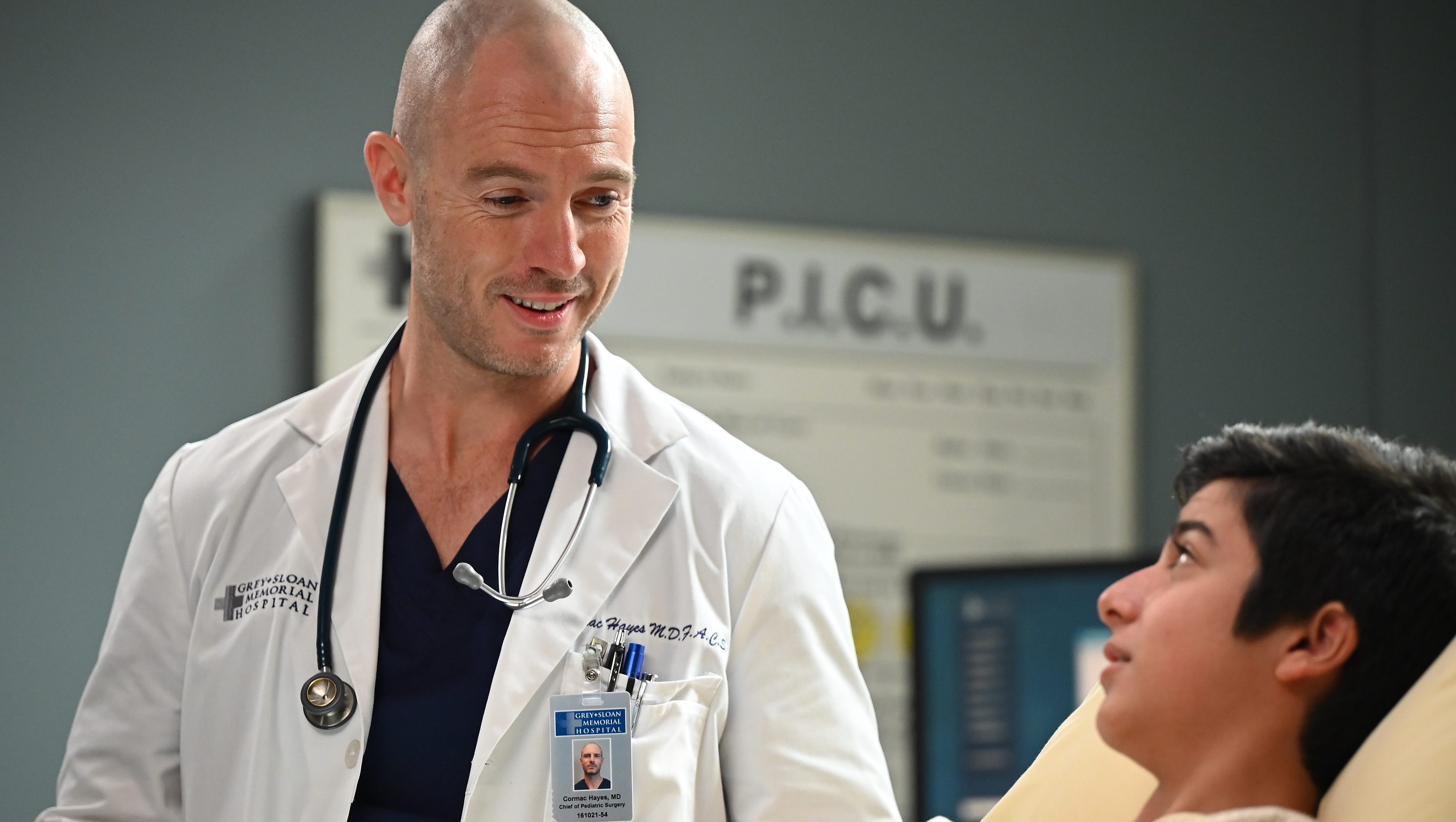 “Richard Flood is a terrific talent,” Grey’s Anatomy executive producer/showrunner Krista Vernoff said. “We are grateful for his nuanced and poignant character work as Cormac Hayes. Like Hayes at Grey Sloan, he will be missed.”

In an interview with Deadline, Flood discusses his departure from Grey’s, shooting his final scene in the parking lot, and what’s next for him. He also reflects on Hayes’ moral dilemma, on being part of an iconic TV show and hypothesizes about what could’ve been had the Meredith-Hayes romantic storyline played out.

DEADLINE: How did your exit from Grey’s come about? When did you find out that Hayes may be leaving Grey Sloan?

FLOOD: They came up with the exit. I didn’t know until closer to when we were shooting how it would actually happen but there’d been a few conversations during the summer as far as how the season would unfold, and then during the season there were more conversations about what might be good [for the show] and what might be good for me. Having three years on the show felt right for me, and I think that the arc of the character with all the developments in the story was probably coming to its natural end, which was great. I was very happy that everybody felt the same, and they just got to it.

DEADLINE: You mentioned being happy. Didn’t you have mixed emotions when you found out that you would be departing the show? What was your reaction?

FLOOD: Honestly, I was very happy. I felt it was the right time. When I started, I always through that three years on something was really as much as I’d like to do. I’m always eager to see what else is out there and try and stretch myself in different directions and do different types of TV and film. Three years was perfect for me, so I was very happy.

DEADLINE: How much of yourself did you see in Hayes, did any of your personal experiences inform how you played him and what is it about Hayes that you will miss?

FLOOD: Yes. Definitely.  I have some experience with what he is going through in his personal life, not directly, but indirectly, so I was trying to be sensitive to that. And what similarity do I have with him? I mean, not much. He’s much more accomplished than I am in many ways, much more sure-handed under pressure — doctors who live in that world, they have to be. What I was trying to bring to it is my experience as a father and as a husband.

As for what I would miss about playing him, I don’t know. When I finish something, I kind of just let it go. It’s done and there for people to see, and I don’t tend to revisit it very much. I just let it go, it’s in the back pocket, great experience, and move on.

DEADLINE: What do you think of Hayes’ final arc and his decision to quit rather than either tell on his friend or be an accomplice to his scheme?

FLOOD: I think he was put in a moral dilemma, and, after hearing how other people, especially Bailey, speak about Owen Hunt and the kind of guy he is and the type of family they are and what they’ve done, I think he understands that whether he agrees or disagrees with what Hunt is doing, it’s coming from a good place. He’s obviously a very moral person, Hayes is, he’s very direct, honest, and straight, so he wouldn’t be able to remain in a situation where he felt he was being dishonest, and his only option is to leave. I think that’s where it comes down to. It’s his only option, in his mind, anyway.

DEADLINE: How was it filming your final scenes in your last day on set?

FLOOD: It was very nice. You’re part of such a huge show with so many characters and so many people, and they’ve been through everything over the last 20-odd years nearly, so characters are coming and going, I think it’s just par for the course. It was very nice, and everybody was very sweet.

The crew, in particular, as well, were really lovely and very complimentary and very supportive of me and have been through the entire three years. So, when I finished my last scene, everybody was there, and everybody clapped and spent a bit of time with you, which I really appreciated, but as far as doing the scenes, you’re just playing your role in the story, you do the scenes, and then that’s it. You move on.

DEADLINE: Hayes’ overall arc on the show probably would’ve have been different had the pandemic not happened as it changed the entire direction of Grey’s Anatomy last season. Have you thought at all where the character could have gone and what would’ve happen between Hayes and Meredith? 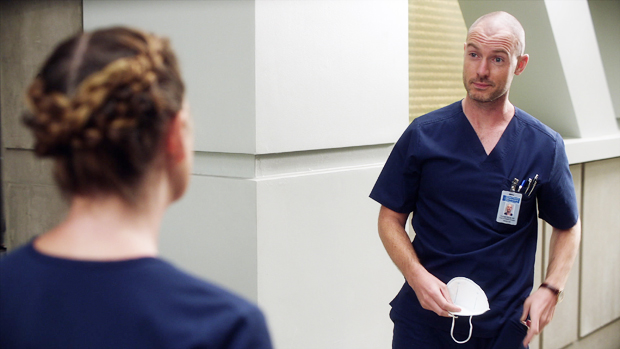 FLOOD:  I tend not to. I just follow the character, where they’re going and where the writers and the show wants it to go. I play my part and do my job and, hopefully, it’s what they want. But yes, I think there’ll always be those questions open. Last season was difficult with Covid, I was just glad to be on a set, that we were able to even make the show, I thought that was a real accomplishment by all the team.

I suppose you’d wonder would they have gotten together, would they not? If they had got together properly, would it have worked. I think the fans may have liked to have seen more of what that dynamic might have been — it’s certainly, the response I’m getting — but it’s not really for me to say. The team there, they know best, and they push the show in whatever direction they feel is right, and my job is to play my role as best I can, so I don’t question those things too much.

DEADLINE: What is next for you career-wise?

FLOOD: There are a few things percolating but as we say, there’s many a slip between cup and lip, so I never like to talk about future projects unless they’re stamped and we’re ready to shoot, but there are things coming up, some very interesting things.

I’m looking for something, obviously, quite different from what I’ve been doing for the last three years, and I’m also moving in a direction that, I’ve written my own, my first series, and that’s being put together at the moment, which is really, really exciting. It’s a series all set in Italy, where I’ve been living for a long time, so that’s very exciting. It’s a really properly international show, so we’re hoping that that will come together, and it’s looking good, so lots of exciting options in the future, it’s just which happens first, as usual.

DEADLINE: Looking back at your three years on Grey’s Anatomy, what do you think about the legacy of the show and being part of it? 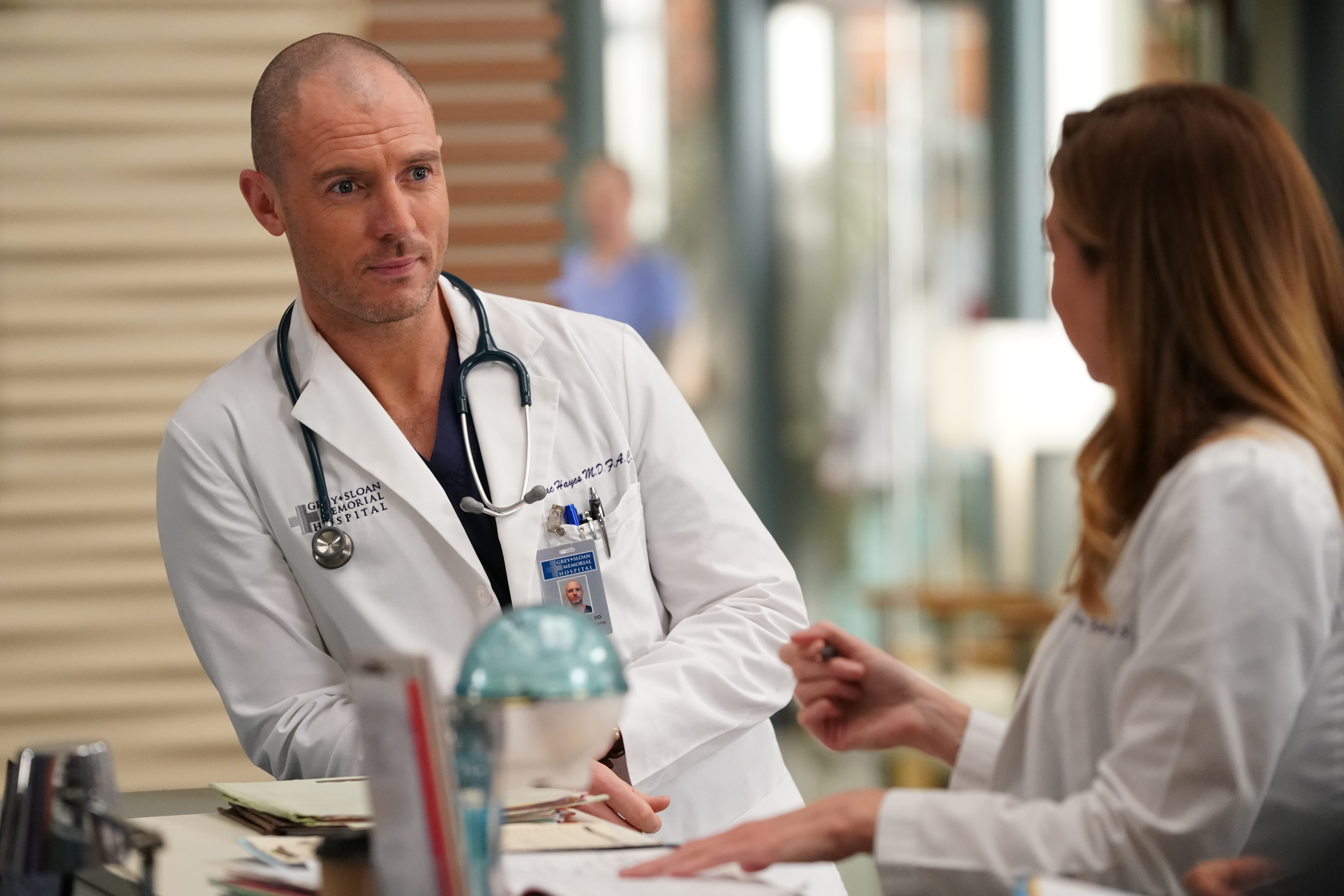 FLOOD: It’s funny, when you step away from something, it’s only then maybe you realize that it was something very significant, or you know how big a show Grey’s is and what a piece of TV history it has, so I’m just grateful. I’m grateful to all involved there, too, and to have been part of the show and to have been allowed into that club and all the actors and crew and all the creatives that I dealt with along the way. It was really one of the dreams so, I’m very happy, I think. I’m happy with the way everything has come to its natural close, and I’m sure I’ll be seeing a lot of people again along the way and look forward to that, too.

Richard Flood On His Exit, His Final Arc & What Could’ve Been For Hayes & Meredith