Elyse Slaine from The Real Housewives of New York City recently clarified controversial remarks she made about Sonja Morgan being an “accessory” in her marriage. 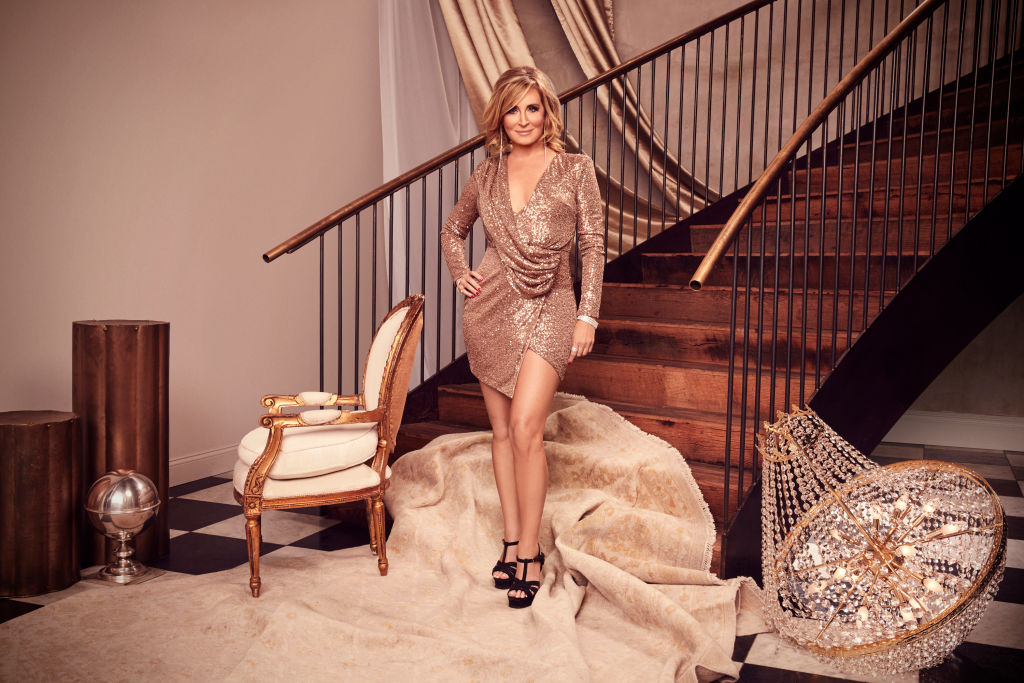 Slaine says editing cut the most important part of the conversation so it appeared as though she was shading Morgan. But that’s far from what occurred. Slaine has been close friends with most of the cast for decades. She was responsible for introducing Jill Zarin and Bethenny Frankel. Plus, she used to be close to Ramona Singer until Singer suddenly became distant and cold to her.

She’s also become the group observer, sharing her unique perspective that combines years of friendship with the current drama. So why did she call Morgan an “accessory” and why does she think Morgan is the biggest pot-stirrer in the group?

She clarifies her statement about Morgan being an ‘accessory’

Slaine explained the context of the discussion on Behind the Velvet Rope with David Yontef podcast. “It looked like Sonja’s complimenting me and she’s like, ‘Oh you’re independent, you’re smart.’ And then I come around and I say, ‘You’re an accessory.’”

“But the whole conversation was if you listened carefully to what Sonja was saying, she said that she asked if my husband makes me buy expensive clothes and jewelry,” Slaine adds. “And she said she used to get so embarrassed because her husband would make her go shopping when she didn’t want to.”

“If someone is making you go shopping. Making you dress in a certain way, that makes you uncomfortable,” Slaine explains. “He’s accessorizing you. Because you accessorize him. Otherwise, there’s no reason for a man to do that.”

She says later on she and Morgan talked about it and Slaine shared her experience with a man who tried to make her into an “accessory” too. “So I wasn’t really criticizing Sonja but she didn’t let me finish after that first sentence came out,” Slaine said. “She was like clip, clip, clip!”

Morgan definitely is the straw that stirs the drink

Later Slaine shared her view that Morgan definitely is the biggest instigator of drama in the group. “People are gonna hate me for saying it … Sonja,” Slaine laughed. “Yeah because she does things in such a cute way that it goes over everyone’s head.”

Slaine recounted the evening when Leah McSweeney asked Ramona Singer if she could bring her sister on the girls’ trip. Singer finally said her sister could come to dinner but then Morgan said they wanted it to be a closed group.

We alwaaaays have a greeeeat time. What did you think of last night’s episode? #newport. #rhony #bravotv #rhodeisland #noyoucantbringyoursister #okbringyoursister

RELATED: Johnny ‘Bananas’ Devenanzio Shared that He Was ‘Powerless’ Against Sonja Morgan from ‘RHONY’ On ‘Worst Cooks in America: Celebrity Edition’

“At the bar when there was talk about bringing the sister and then Sonja said, “No, you shouldn’t bring your sister.’ And Leah said, “Don’t be such a hater.’ And Sonja in the cutest voice and smile goes, ‘I’m a hater! I’m a hater!’ But she was being an instigator but it looked so cute the way she does it and she gets away with it.”

Morgan also reminded Singer later in the hotel room, before the dinner that they didn’t want McSweeney’s sister on the girls’ trip. Obviously, as viewers know, the timing could not have been worse. McSweeney was drunk and went on a tirade.