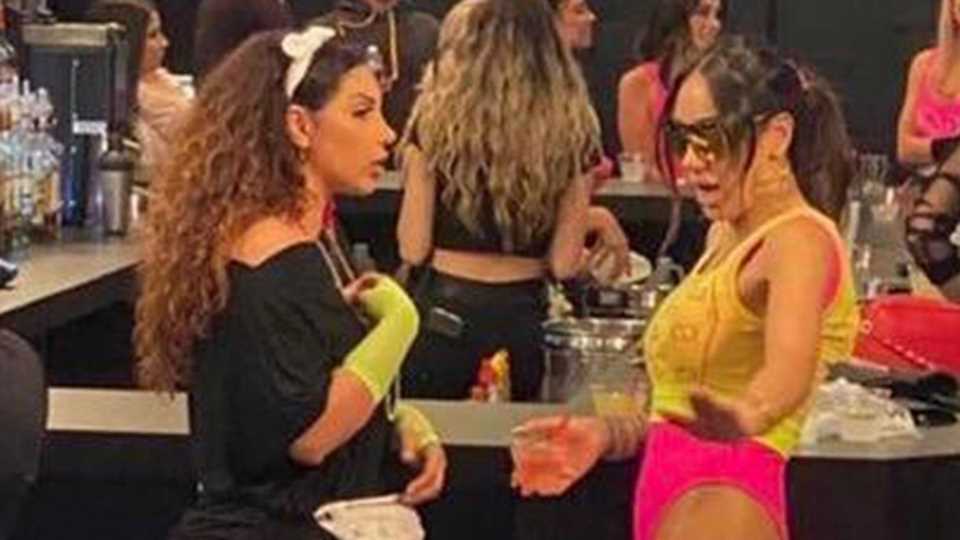 FANS have found what they believe to be proof of the finalized cast of season 13 as they were spotted filming their first group scene.

The Real Housewives of New Jersey cast previously dropped clues as to who might be cut after the explosive season 12 reunion. 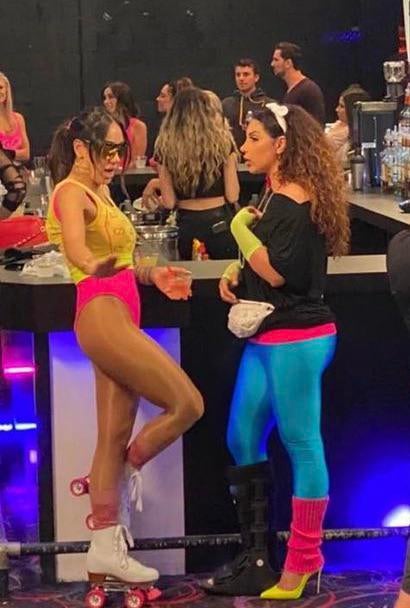 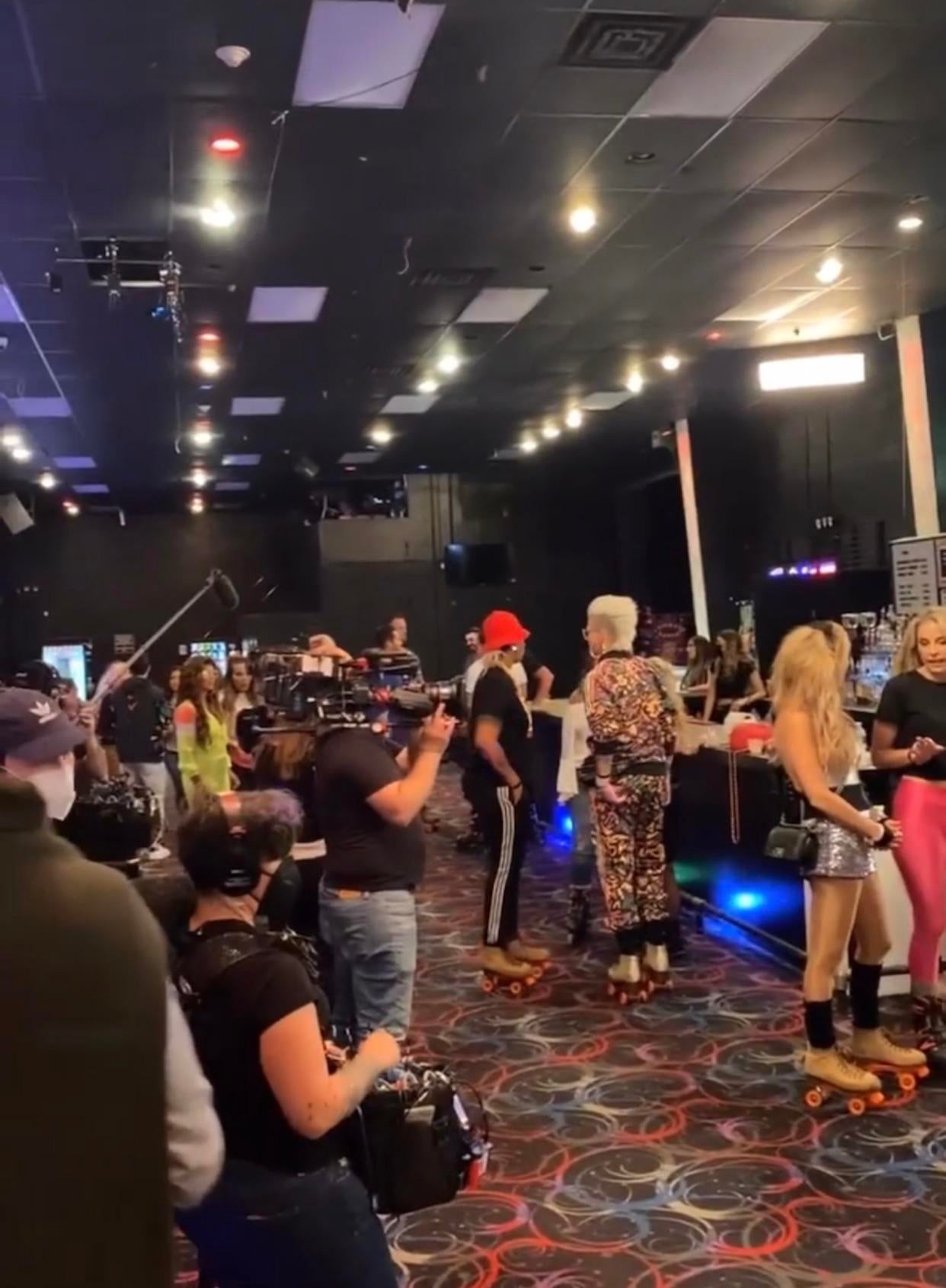 But now fans are sure they have found proof of who made the lineup after snagging photos from the first group filmed activity.

One took to Reddit on Wednesday to share snaps from a rollerblading outing where the entire cast dressed in '80s attire.

Included in the photos from the rink were Teresa Giudice and her fiancé Luis Ruelas, Traci Johnson, and her husband Tiki Barber, and Jennifer Aydin, who sported an injury boot alongside her neon heels.

Jackie Goldschneider was also spotted along with Margaret Josephs, and Frank Catania made an appearance with his girlfriend Brittany. 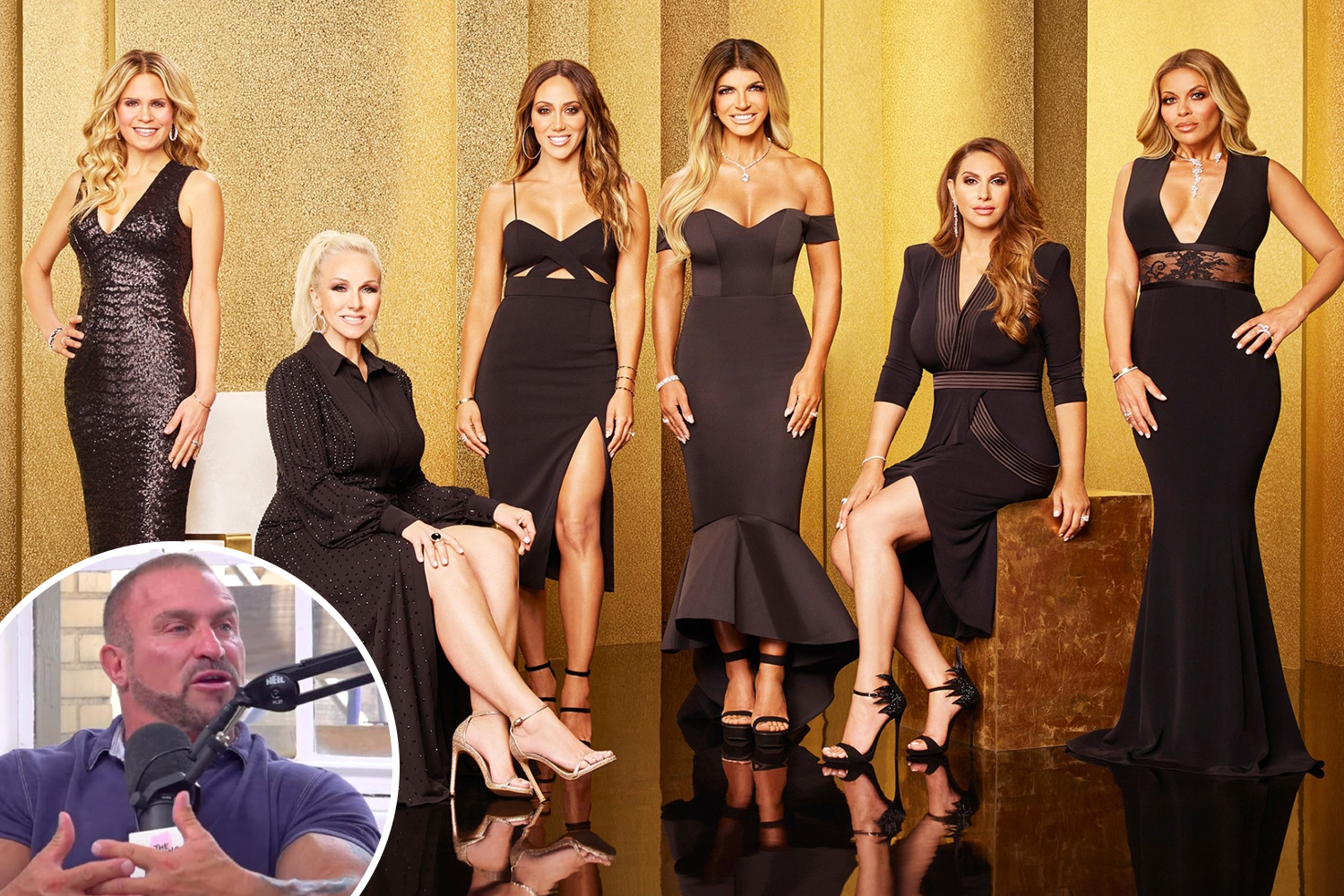 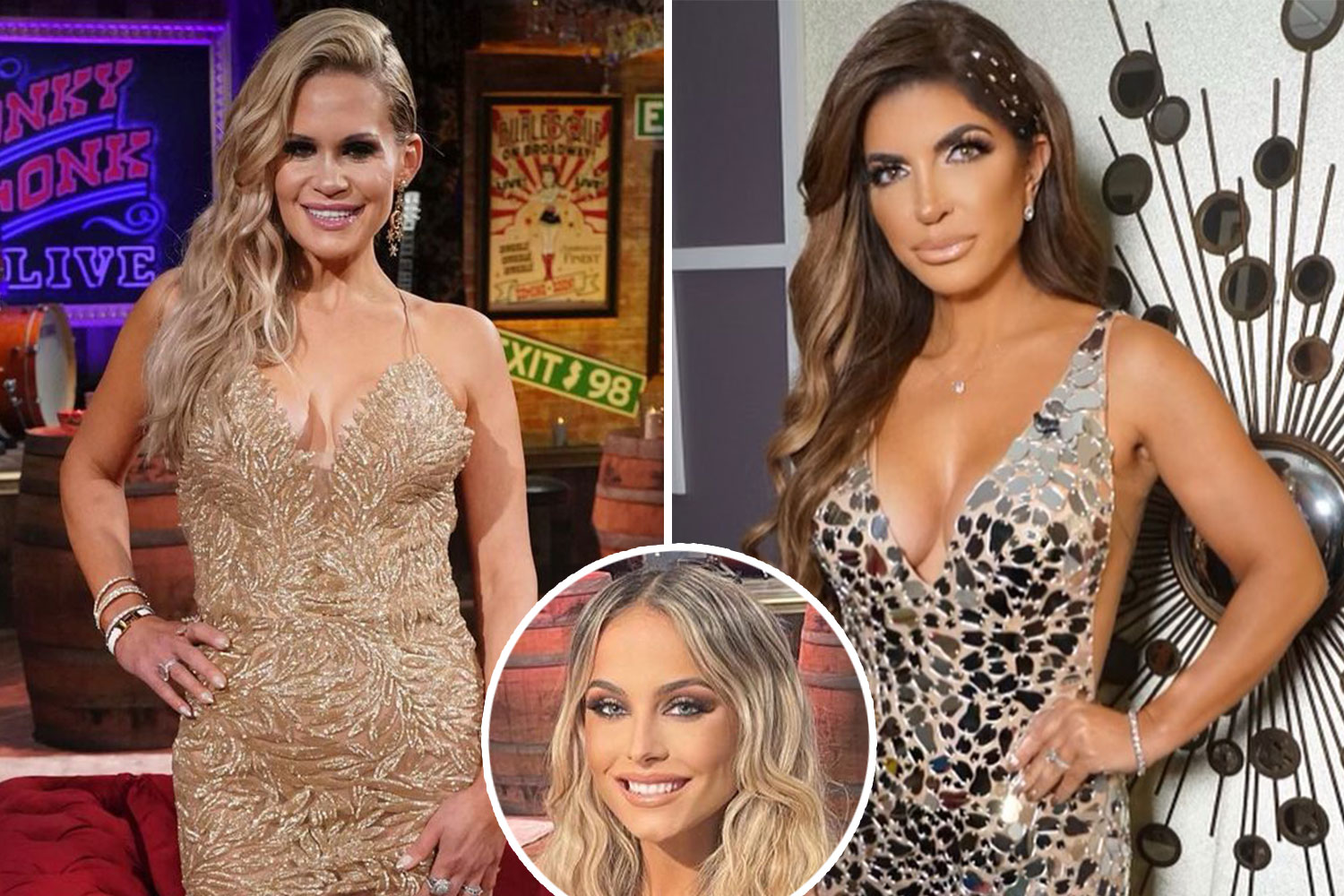 Dolores Catania was present, and long-timers Melissa and Joe Gorga could be seen chatting along with the rest of the group.

But the group shots came as a surprise, as Frank previously confirmed that Jackie was demoted and Traci would not be returning to the show next season.

On Monday, Dolores' ex-husband joined hosts Claudia and Jackie Oshry, on their popular Podcast The Morning Toast, to discuss the future of Real Housewives.

Millions on Universal Credit to get £650 one-off payment, Rishi reveals

Olivia Attwood wears another barely there swimsuit on holiday in Dubai

When asked about what's next for the series Frank responded: "People come up to me and know more about the show than I do. Nobody tells us anything."

He continued: "Supposedly we have some new girls coming on this year [but] I know nothing".

"And Jackie [Goldschneider] being a 'friend of', have you heard that?"

Frank answered, "I didn't know for sure, I went out to dinner with Jackie and Even [and] yes, I heard yes she is a 'friend of'".

Jackie continued: "What about Traci?…"

"I heard Traci's gone," he claimed.

Frank quickly followed up his response by adding: "At the same time, I gotta be honest, Jackie I heard maybe coming back. We don't know about Traci, so nothing's definitive".

As teased by Frank, the RHONJ cast may be growing in number.

SHORT END OF THE STICK

Jackie Goldschneider recently revealed why her costar, Traci Johnson, was cut from the Real Housewives of New Jersey reunion.

Despite "fixing" Teresa Guidice's feud with Melissa Gorga, the blonde was edited out of the three-part spectacle.

"She was there for a really long time, she looked beautiful and she had on a stunning gold dress,” Jackie told Page Six.

“But I don’t think Traci said anything groundbreaking at the reunion that it had to go in.”

"I really think they had to make a choice. I don’t think it was because they don’t think Traci was important to the cast," adding that the new star brought "so much" to season 12.

“[She offered] forward progress with some of the storylines, especially the family piece with Melissa [Gorga] and Teresa [Giudice],” Jackie continued.

"She kind of stepped in and was the mediator with that,” the mother-of-four said, adding that Traci's outdoor obstacle course moment “was one of the biggest scenes of the season.”

She concluded, "It was really the longest, hardest reunion I’ve ever sat through. But I do feel bad that she was edited out.”

As earlier reported Jackie was said to have been DEMOTED to "friend of the cast" for Season 13, meanwhile, Traci was alleged to be not returning. 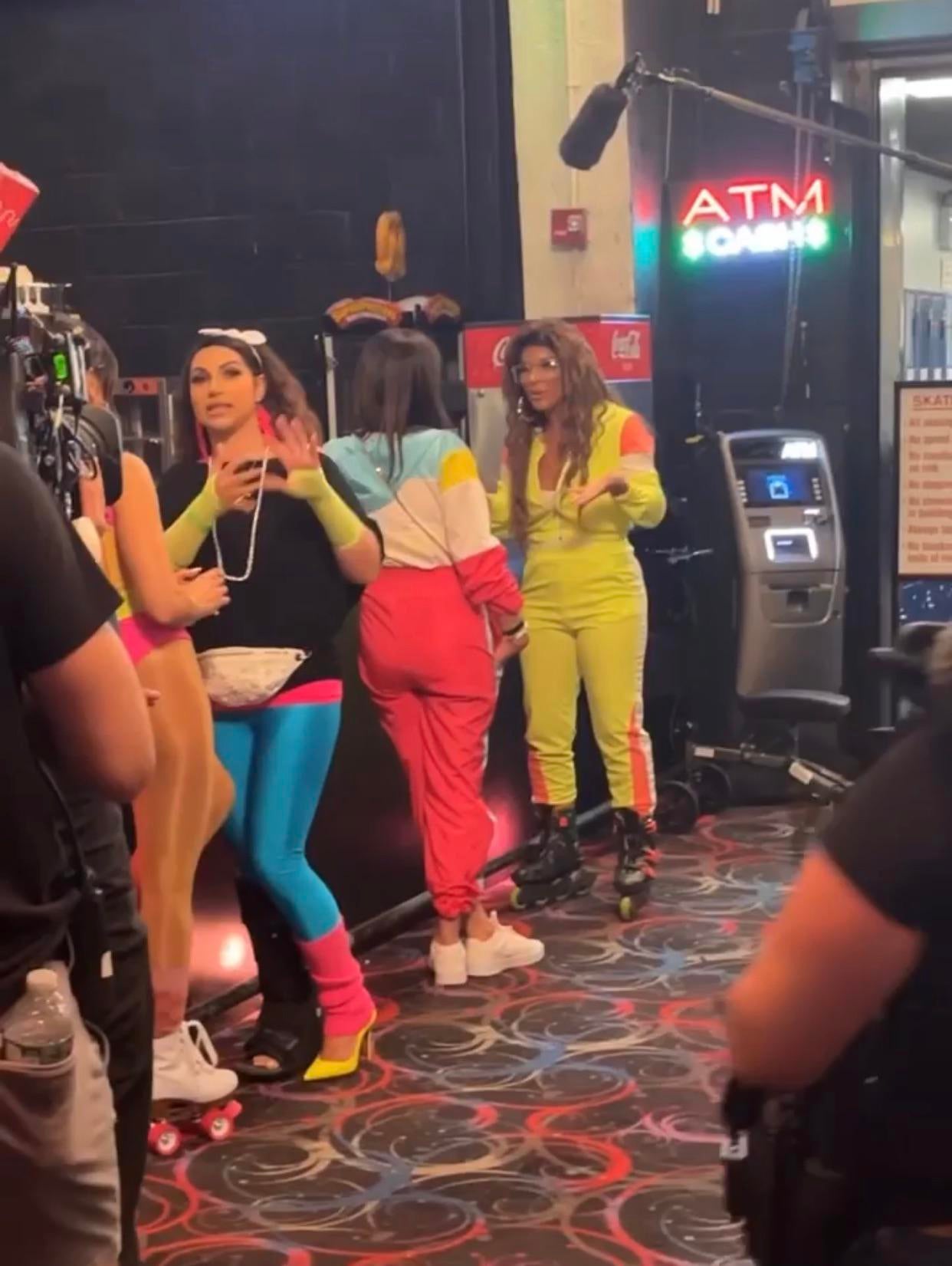 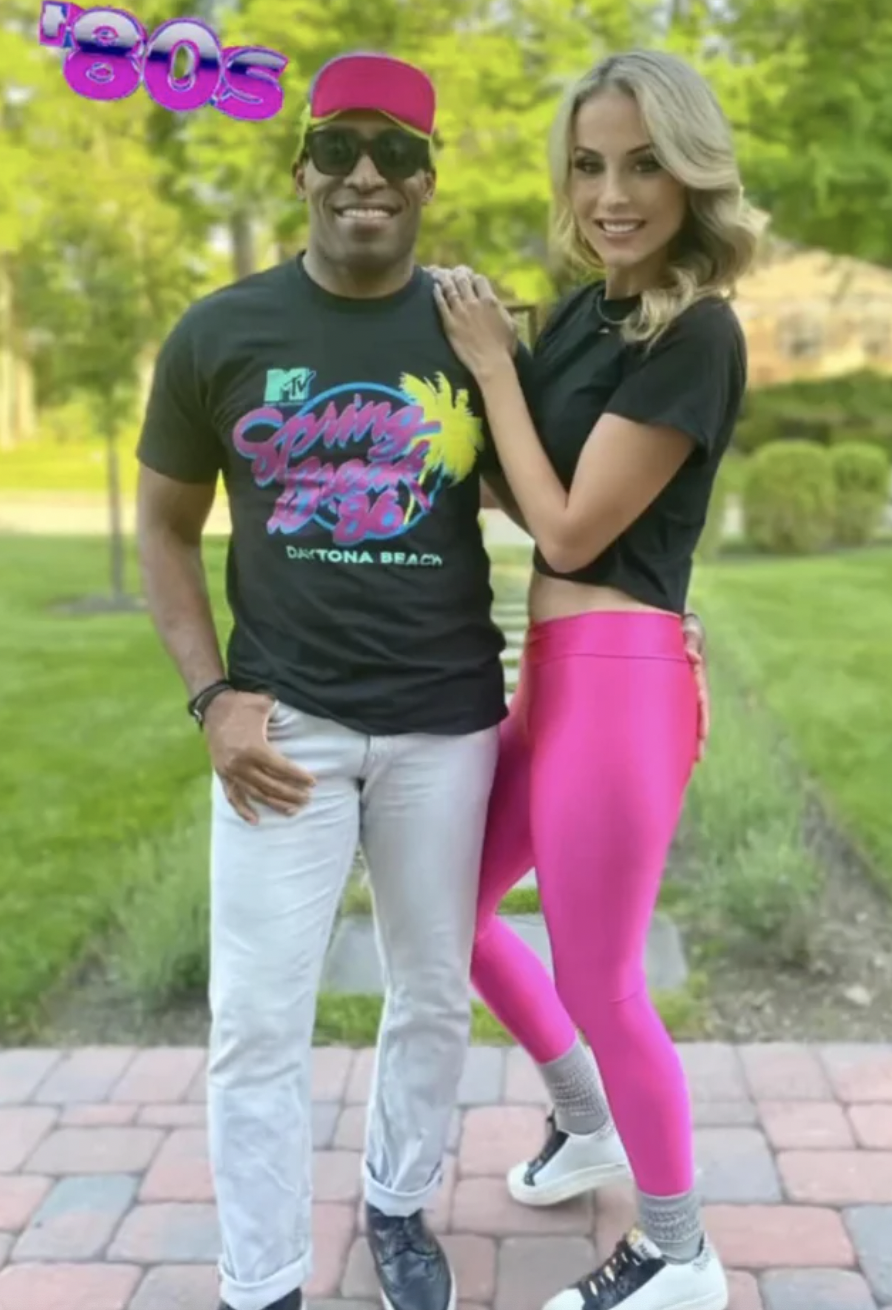 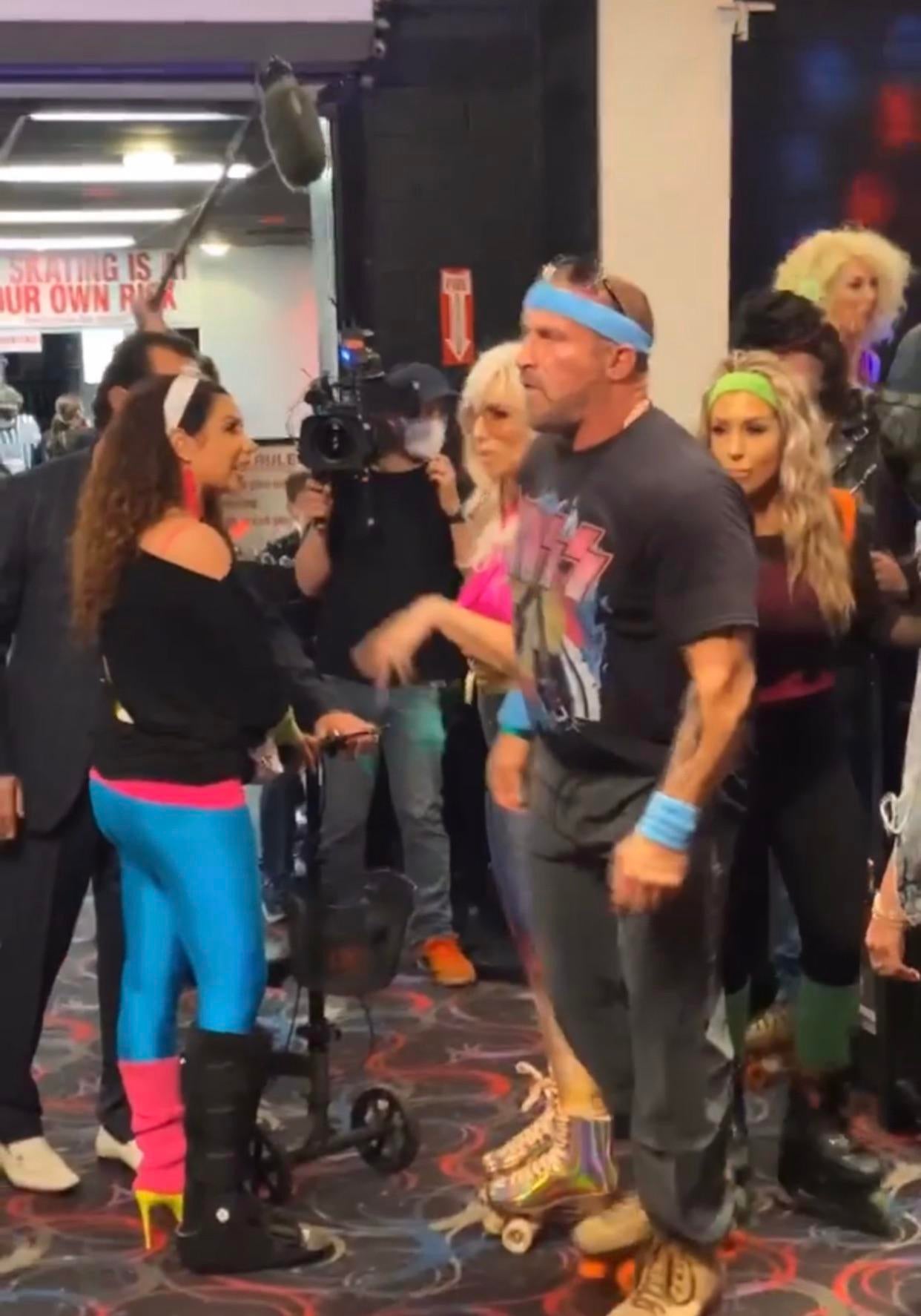