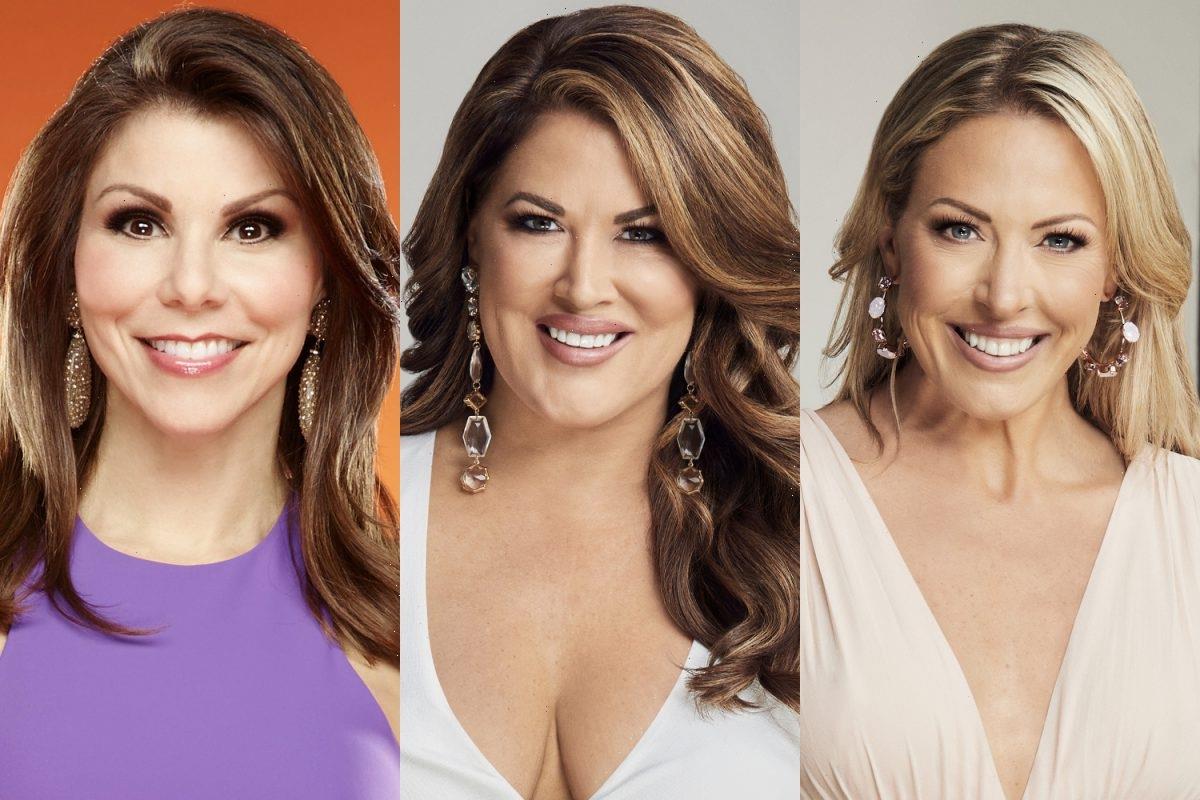 Emily Simpson survived The Real Housewives of Orange County cast shakeup. The Bravo star will be returning for a fourth season to the show and will be joined by Heather Dubrow in season 16. Simpson recently said she was looking forward to meeting the former orange-holder and threw shade at her former co-star Braunwyn Windham-Burke.

Simpson will be returning to RHOC Season 16, which is undergoing a transformation. Along with Simpson, the other returning housewives include Shannon Beador, Gina Kirschenheiter, and Dubrow who is returning to the franchise after four years. Simpson recently opened up about Dubrow’s comeback and made a comment on Instagram about her new co-star.

“I have not met Heather but I’m looking forward to meeting her and forming a completely unbiased opinion of her based upon our interactions and not everyone else’s comments,” she said on Instagram Stories, per Queens of Bravo.

One thing that has Simpson excited about the new season is that they “will be filming in the summertime in OC,” which she finds to be “a really cool thing.”

Not returning to the reality series are Kelly Dodd, Elizabeth Lyn Vargas, and Windham-Burke. Simpson was happy that the latter was not coming back and said, “Fraudwyn can run her mouth all she wants but she’s still fired and still unlikeable.”

One of the housewives that did the most during her second season on the show was Windam-Burke. The reality star opened up her life as no other housewife had done before. Windham-Burke talked about her sobriety, her divorce, and her sexuality during season 15 of the series. Andy Cohen, a producer on RHOC, felt that the star was seemingly overwhelmed in life and it was best she not return to TV.

“Listening to her at the reunion made me, and the other producers, feel like, maybe at this moment in time, being on TV wasn’t the healthiest spot for she and her family,” Cohen said on his SiriusXM show, Radio Andy. “I think she was dealing with some real stuff with herself, with her marriage, with her children. It was a lot.”

Windham-Burke was “hurt” by Cohen as she wasn’t given an opportunity to talk to him about her progress since the reunion.

“We do the work. And then we heal. And I wish someone had just said, ‘Hey, what’s going on now? How are you healing? How are you doing?’ Because where I was six months ago and where I am now are so different. So that did hurt just because no one took the time to call,” Windham-Burke told Us Weekly.

Heather Dubrow talks about her return to ‘RHOC’

While some housewives are leaving RHOC, some are returning as in the case of Dubrow. The latter was a full-time housewife between season 7 and season 11. Returning to the reality show is something that has Dubrow with mixed-emotions.

“I will tell you that I am excited. I’m mildly terrified and I don’t know. It just seems so surreal,” she told ET. “I’ve told no one … my mother still doesn’t know.”

The Real Housewives of Orange County Season 16 is expected to film over the summer.