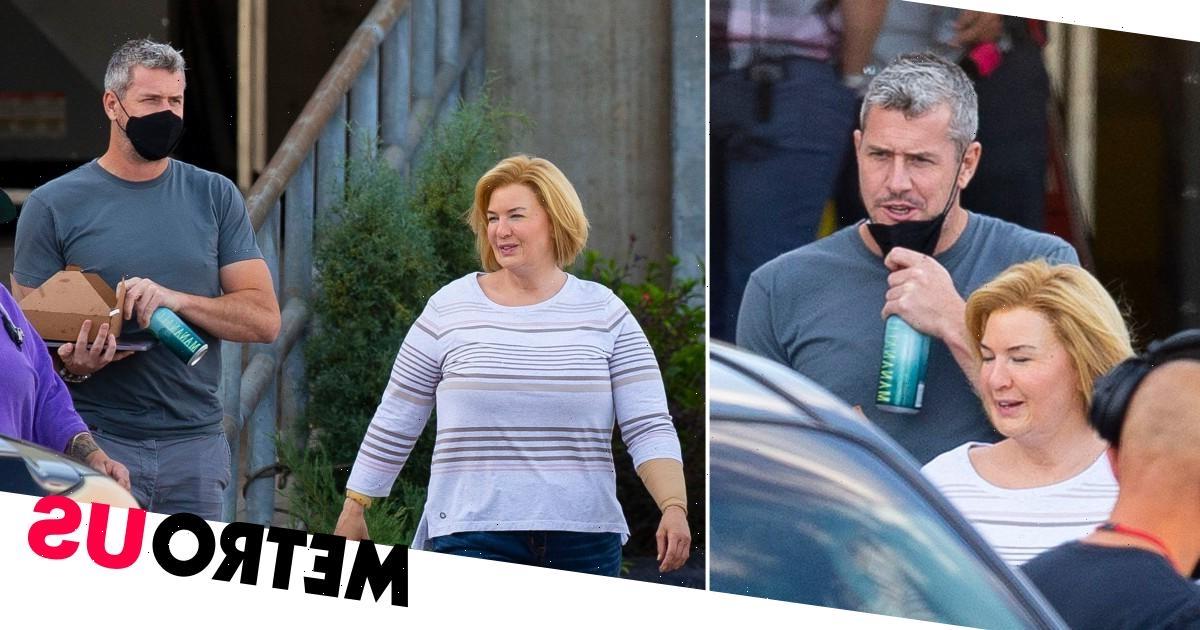 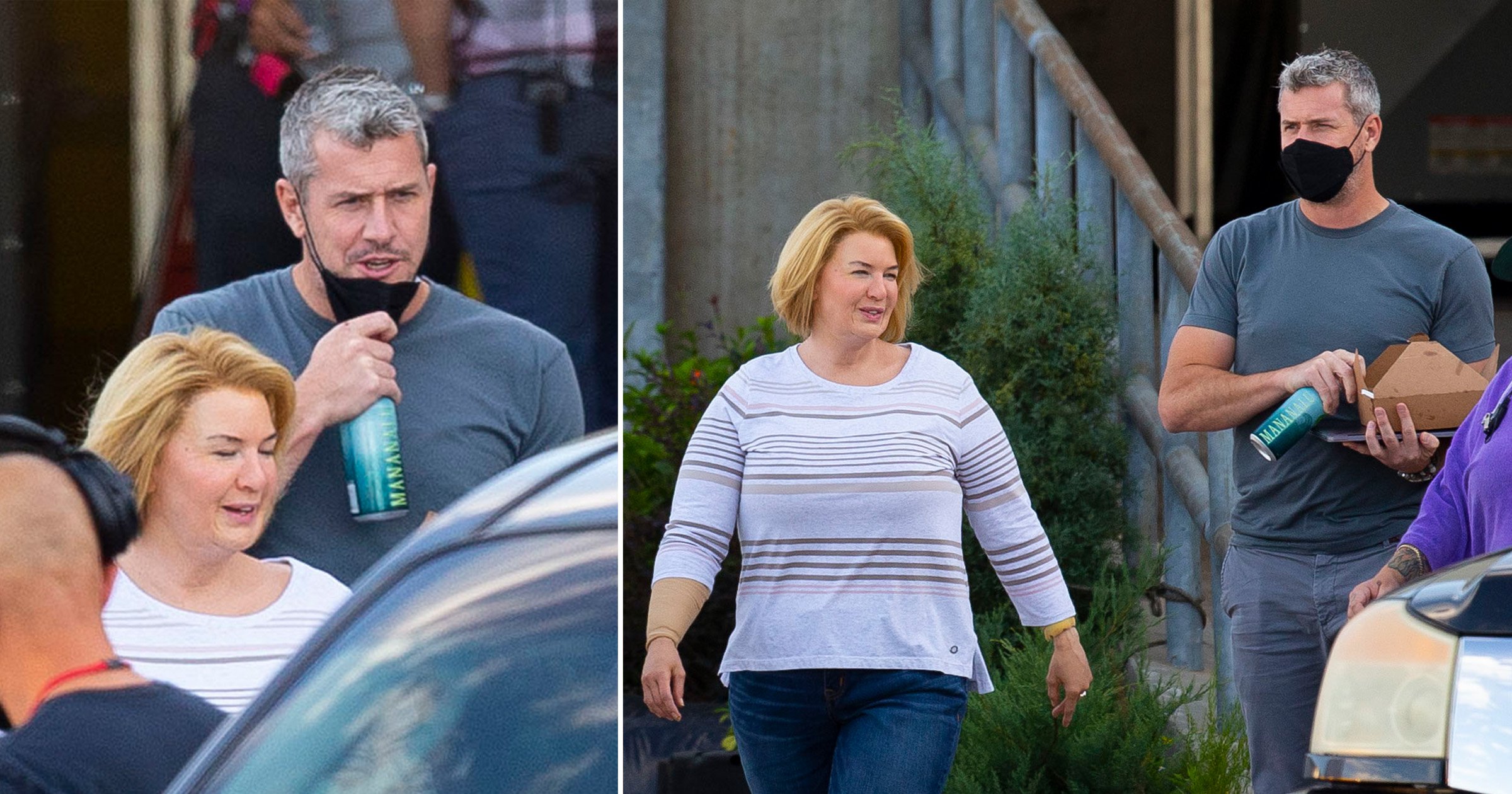 Renee Zellweger had some pep in her step on the set of her new film, The Thing About Pam, as she enjoyed a visit from her boyfriend Ant Anstead.

The British TV presenter was spotted treating his partner to lunch during a brief break from shooting in New Orleans, Louisiana on Monday.

The Oscar-winning actress, 52, is taking on the lead role of Pam Hupp in the upcoming true-crime tale, for which she has been seen wearing a padded garment to make her appear larger than she is.

Renee also appeared to have further make-up and prosthetics on her face in the latest shots from the set, where her character is seen in a striped jumper and jeans.

Later images revealed the actress changed into a deep red sweater as she prepared to shoot another scene from the headline-making flick.

The Thing About Pam is based on the brutal real-life murder of Betsy Faria, which resulted in her husband wrongfully being convicted of murder, with the conviction later being overturned.

The crime set off a chain of events in which Hupp, 63, would later be found guilty and sentenced to life in prison without the possibility of parole after also pleading guilty to the murder of a mentally disabled man named Louis Gumpenberger.

Renee recently came under fire for using a fat-suit to portray the role, with the decision being branded ‘damaging, fatphobic, and potentially triggering to fat people.’

Plus-size writer Sarah Alexander told Metro.co.uk: ‘A fat suit has always been a way of mocking fat people no matter who wears it, even if it is for an acting role.

‘Actors that have previously worn them (Gwyneth Paltrow, Sarah Paulson) have admitted they regret their choice in wearing one and that it causes harm.’

She added: ‘There are plenty of incredibly talented plus-size actresses that could have been hired for the role instead of Zellweger. Why were they overlooked and a fat suit considered a viable option?’

Aside from the backlash, Renee’s personal life has been going from strength to strength thanks to her new romance.

It was previously reported that Renee and Ant began dating June, with the pair said to have recently worked together on the set of Ant’s Discovery+ series Celebrity IOU: Joyride, according to TMZ.

Renée appears in the show meaning viewers will witness the moment when sparks begin to fly between the duo.