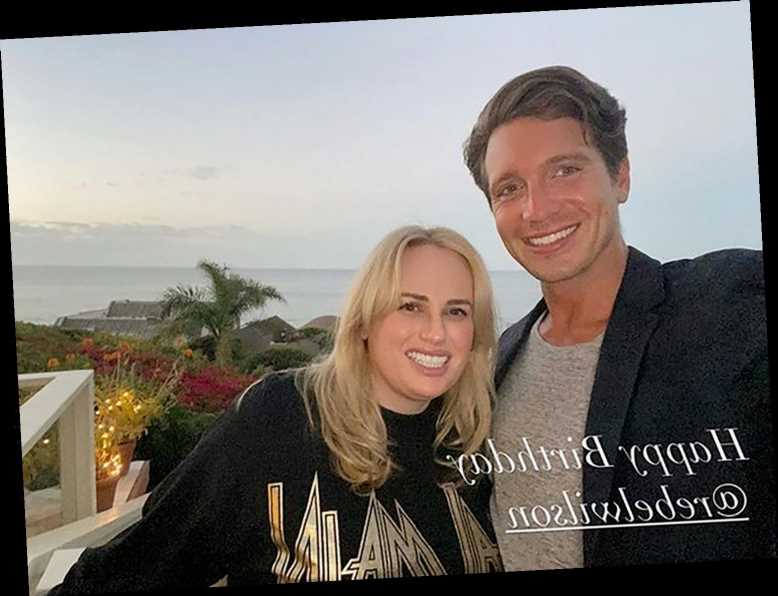 Rebel Wilson's ex-boyfriend Jacob Busch is wishing her the best on her 41st birthday!

Busch posted a photo of the two on his Instagram Story on Tuesday, writing "Happy Birthday @rebelwilson."

"Jacob was an amazing guy but just not the one for her long-term," a friend of the Bridesmaid actress told PEOPLE.

Wilson celebrated her birthday Tuesday with her friends by her side at a "relaxation retreat" at The Maybourne Beverly Hills.

The Pitch Perfect star shared a photo of the group wearing white robes embroidered with their initials surrounded by pink balloons. In the background, giant balloons spell "Rebel."

"Ummmm what an amazing birthday surprise! 💕" Wilson captioned the photo.

RELATED: Rebel Wilson Says She Likes How She Looks at All Sizes: 'I Still Look Like Me'

She also posted several photos and videos from her staycation on her Instagram Story. A reposted video shows her walking into the hotel suite, shocked by the surprise.

A giant arch of pink balloons greets her at the door and a bartender, who made sure to wear a mask, is seen mixing drinks in the living area. The group also had a catered lunch, which included grilled prawns, steak tartare, and a choice of pasta for the main dish.

The celebration continued with loads of desserts, from cookies with Wilson's photo on them to a pink "Happy Birthday" cake topped with macarons.

After the meal, the actress shared photos of the group relaxing in their robes for a spa treatment. RELATED: Rebel Wilson on Her New Physique After Losing 60 Lbs, Getting Asked Out by 2 Pooch Perfect Contestants

Earlier in the day, Wilson shared another birthday post on Instagram, reflecting on her 41 years thus far.

"Australian Birthday today. American Birthday tomorrow. I'm so grateful and lucky to have lived such an exciting life so far. Thank you to everyone who's been a part of it and taught me so many valuable lessons," she wrote.

"If you guys knew the shy unremarkable me from Sydney's Western Suburbs, you'd know how much I had to overcome in my life to get to this point…and then against all odds, and with the visionary help of a malaria-induced hallucination became a successful international actress/writer/producer!