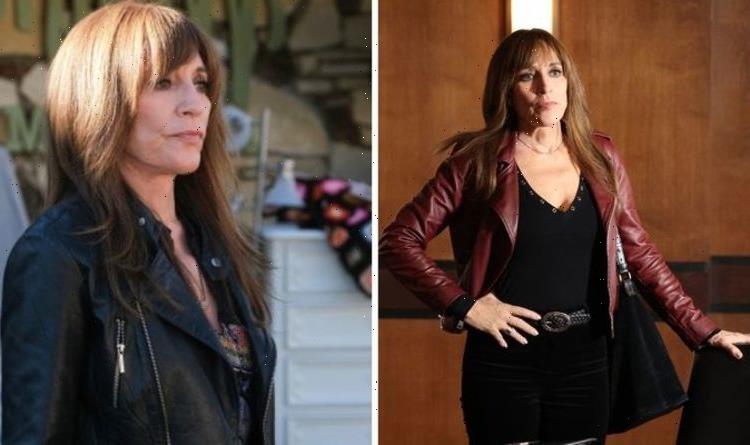 ABC’s comedy-drama Rebel was inspired by the real-life case of Erin Brockovich and followed the life of Annie ‘Rebel’ Bello (played by Katey Sagal), a legal advocate who helped people without a law degree. Unfortunately, after one season, the series will officially be cancelled after efforts to find a home for the next instalment proved unsuccessful.

In May, ABC first announced they were dropping the show, even though it began airing on April 8.

After the surprising news was dropped fans instantly took to social media to messaging network bosses in an effort to find Rebel a new home for season two.

The viewers also created the viral hashtag #SaveRebel in an effort to spread awareness and drive up its viewership.

A #SaveRebel petition was made and gained over 90,000 signatures – it labelled ABC’s decision ‘rash’ as news of the cancellation was released after eight episodes had aired.

However, despite their efforts series creator Krista Vernoff recently revealed the series would not be returning to screens for another instalment.

One of the reasons behind Rebel’s cancellation was a decline in viewership, although some fans argued the determining factor as season one hadn’t ended before it was announced.

In an interview with the Hollywood Reporter, ABC Chief Craig Erwich defended the network’s decisions and stated after taking a look at Rebel’s figures there’s “just not a trend there toward continuing to build the audience.”

Krista took to Twitter to share the disappointing update and wrote: “THANK YOU to the fans behind the #SaveRebel campaign. Your passion was incredible.

“We have learned there won’t be a Season 2, but we truly hope Rebel & the extraordinary @ErinBrockovich will continue to inspire you to fight the good fight in your communities and in your lives,” she concluded.

Even after her official statement about season two, some fans took to her comments to protest the final decision, whereas others shared their heartbreak.

One viewer wrote: “Real shame I loved every character and couldn’t wait to see every weekly episode.”

Another begged: “Nooooooooooo PLEASE we need a season 2! is there anything else we can do?”

A fan shared some words of gratitude and tweeted: “Thank you all so much for this amazing show and these amazing characters.”

One shared: “My heart is broken, I’m pissed but most of all I’m GRATEFUL to all the cast and crew for giving us this show!!

A fuming fan tweeted: “If I’m an exec at Disney, the first thing I do is to mend this relationship. Pretty insulting for ABC’s most important producer to have her first show in 13 attempts cancelled after less than a month after delivering that plus Grey’s and Station 19 during a pandemic.”

Aside from creating Rebel, Krista was also famously credited as an executive producer in Grey Anatomy and wrote the episode titled Into You Like A Train, which was nominated for Best Writing Emmy Award.

Throughout the Covid-19 global pandemic, Krista worked on Grey’s Anatomy’s spin-off series Station 19 and where she also worked as an executive producer.

Other fans are still holding out hope that season two could be picked up, although it seems unlikely perhaps the trend that ABC chief Craig mentioned could see a change.

Rebel season 1 is available to stream on ABC.