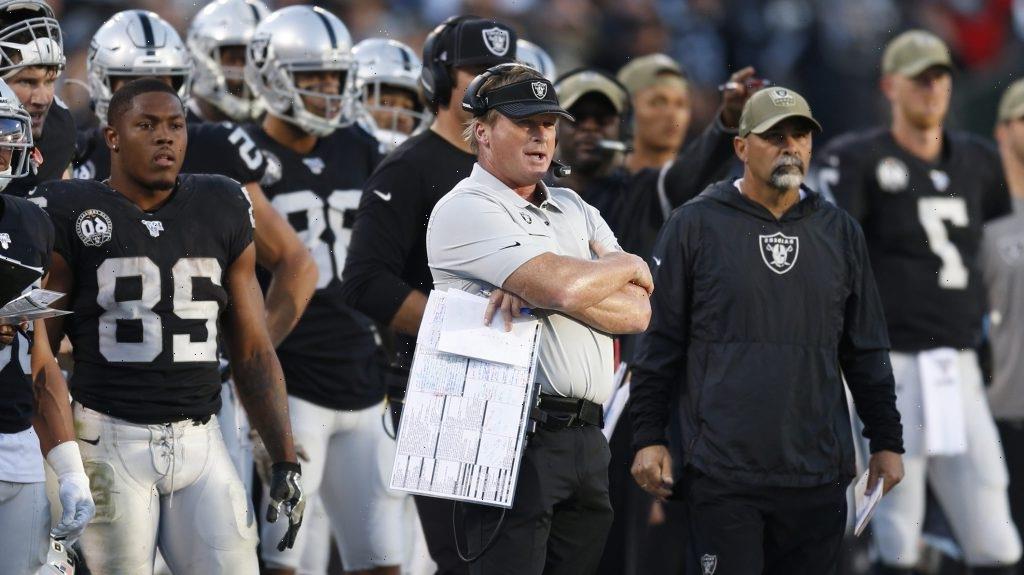 Gruden has been under fire for the past few days over email was sent in 2011, when Gruden was working as a commentator for ESPN.

As players and owners were jockeying over a collective bargaining agreement, Gruden had an email exchange with Bruce Allen, an executive with the franchise now known as the Washington Football Team. “Dumboriss Smith has lips the size of michellin tires,” he wrote, according to the Wall Street Journal, invoking a staple of anti-Black imagery.

Asked about the email by the Journal, Gruden said it was “a horrible way of explaining” how upset he was about the labor talks, adding that he was “really sorry.” He issued an apology to the Las Vegas Review-Journal, saying, “I don’t have a racist bone in my body.” Amid the tense labor atmosphere of the time, Gruden said he had intended to use an expression he had used in the past, describing people who lie as having “rubber lips,” but instead took it “too far.”

The New York Times reported late Monday on other emails Gruden sent during his time at ESPN wherein he used misogynistic and homophobic language.