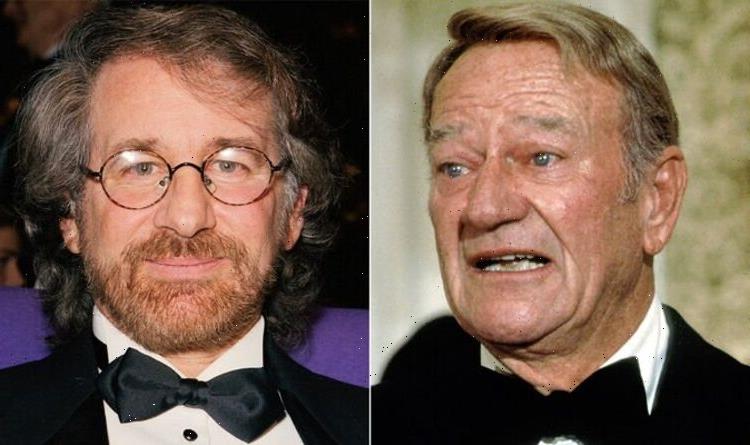 For decades, Wayne straddled the screen, the ultimate symbol of US frontier and even military machismo. Firmly right-wing in his personal and public views, his third wife Pilar labelled him a “superpatriot.” And when a chance came towards the end of his life to work with the new hottest director in town,  the ageing star furiously shot him down. After being offered a plum role, Wayne typically did not mince his words and told Spielberg the film 1941 was “the most anti-American piece of drivel I have ever read in my life.”

1941 is remembered as one of the director’s rare misfires, despite attaining cult status in subsequent years. Although it turned a very small profit, it paled in success next to his previous Jaws and Close Encounters of the Third Kind. Released in 1979, it was soon eclipsed and forgotten after the first Raiders of the Lost Ark movie hit screens two years later.

The action-comedy humorously imagines a Japanese attack on Los Angeles days after the offensive on the US fleet at Pearl Harbour.

Wayne refused the role of General Joseph Stilwell (which went to Robert Stack) and told Spielberg: “You know, that was an important war, and you’re making fun of a war that cost thousands of lives at Pearl Harbor. Don’t joke about World War II.”

The Duke’s patriotic fervour is understandable but was also rooted in his own rather compromised past.

After the US entered the Second World War, many stars visited the troops to perform and boost morale.

When Wayne visited military camps in Australia and across the Pacific in 1942, he was horrified by their response.

One veteran recalled: “After my evacuation from Okinawa, I had the enormous pleasure of seeing Wayne humiliated in person at Aiea Heights Naval Hospital in Hawaii … Each evening, Navy corpsmen would carry litters down the hospital theatre so the men could watch a movie. One night they had a surprise for us.

The account continued: “He grinned his aw-shucks grin, passed a hand over his face and said ‘Hiya guys!’

“He was greeted by stony silence. Then somebody booed. Suddenly everyone was booing. This man was a symbol of the fake machismo we had come to hate, and we weren’t going to listen to him. He tried and tried to make himself heard, but we drowned him out, and eventually he quit and left.”

It’s hard to believe with hindsight, since the actor would become an advocate for military service off-screen and would receive a Best Actor Oscar nomination for 1949’s Sands of Iwo Jima.  Bt it wasn’t just Wayne’s roles on screen that riled the soldiers.

After working tirelessly in Hollywood since 1926 and receiving his first credited screen role in 1929’s Words and Music, the actor had been making up to four films a year all through the 1930s and was on the verge of becoming an established star when the war broke out in Europe.

When it spread across the globe and the US entered the fray, much bigger (at the time)stars like James Stewart and Clark gable rushed to enlist and serve.

Wayne filed for a 3-A draft deferment, based on his status as the sole breadwinner for a family of six. As the war progressed and more recruits were needed, his status was officially changed to 1-A, fit for duty.

What happened next saw him forever labelled as a “draft dodger” by many.

Wayne’s status was changed again to 2-A, deferring him from active service “in support of national interest.”

His studio had argued that his heroic recent films like rousing Westerns and jingoistic war movies The Fighting Seabees and Flying Tigers, boosted morale at home and overseas.

Whether it was the studio behind it or the actor’s own reticence to join the war, it haunted him for the rest of his life. Some claimed he had been worried military service would interrupt his rise in Hollywood. Others reported he was loathe to leave behind his affair with Marlene Dietrich.

After the war ended, he would constantly advocate military service and tirelessly visited military camps again during the Vietnam War.

His wife Pilar later said: He would become a superpatriot for the rest of his life, trying to atone for staying at home.