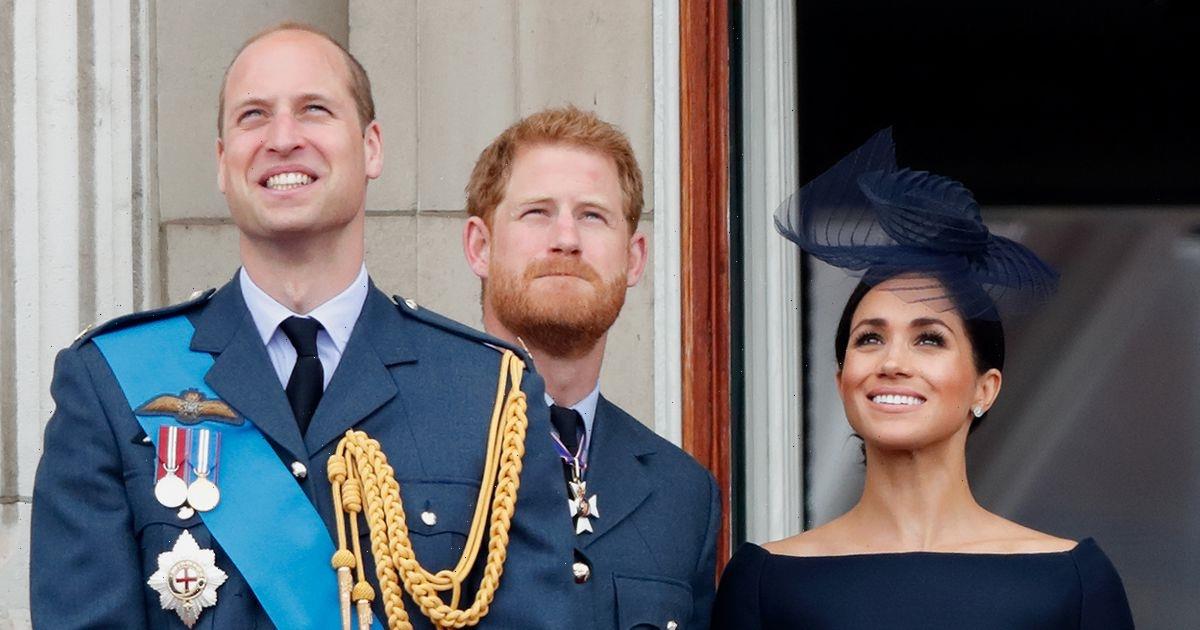 Prince William appears to have been cropped out of the opening title sequence of Prince Harry and Meghan Markle's Netflix series.

The first three episodes of the highly-anticipated series Harry & Meghan dropped on the streaming service on Thursday (December 8).

In the opening titles, a montage of different clips and videos show the Duke and Duchess of Sussex growing up.

READ MORE: Meghan and Harry have blown privacy 'out of the water' with upcoming Netflix doc

However, in one video, it looks like Harry's older brother William has been cropped out.

A young Harry can be seen smiling and walking with a mystery figure holding up an umbrella.

A blink-and-you-miss-it moment then shows a quick glimpse of William next to Harry.

The subject for the first episode reads "As Harry shares the impact of a childhood in the public eye, he and Meghan reflect on the secret, early days of their unexpected romance."

Prince Harry and Meghan reveal that they met one another via a mutual friend on Instagram.

The couple also revealed that Harry was late for their first date.

Former Suits actress Meghan described "H" as "refreshing fun" and that they were "just childlike" together.

The date was a success as they met again the next day but this time it was Meghan who was late.

The series opens with with the caption "This is a first-hand account of Harry and Meghan’s story" and specifies that "all the interviews were completed by August 2022" before the death of Queen Elizabeth II.

There is also a disclaimer that the Royal Family have declined to be involved.

“I just really want to get to the other side of all of this" Meghan said during the opening montage of the documentary, which also included a voiceover by Harry, and starts at the point where the couple have performed their last royal engagements having announced they were stepping back from royal duties.

"I think anyone else in my situation would have done exactly the same thing" Harry said.