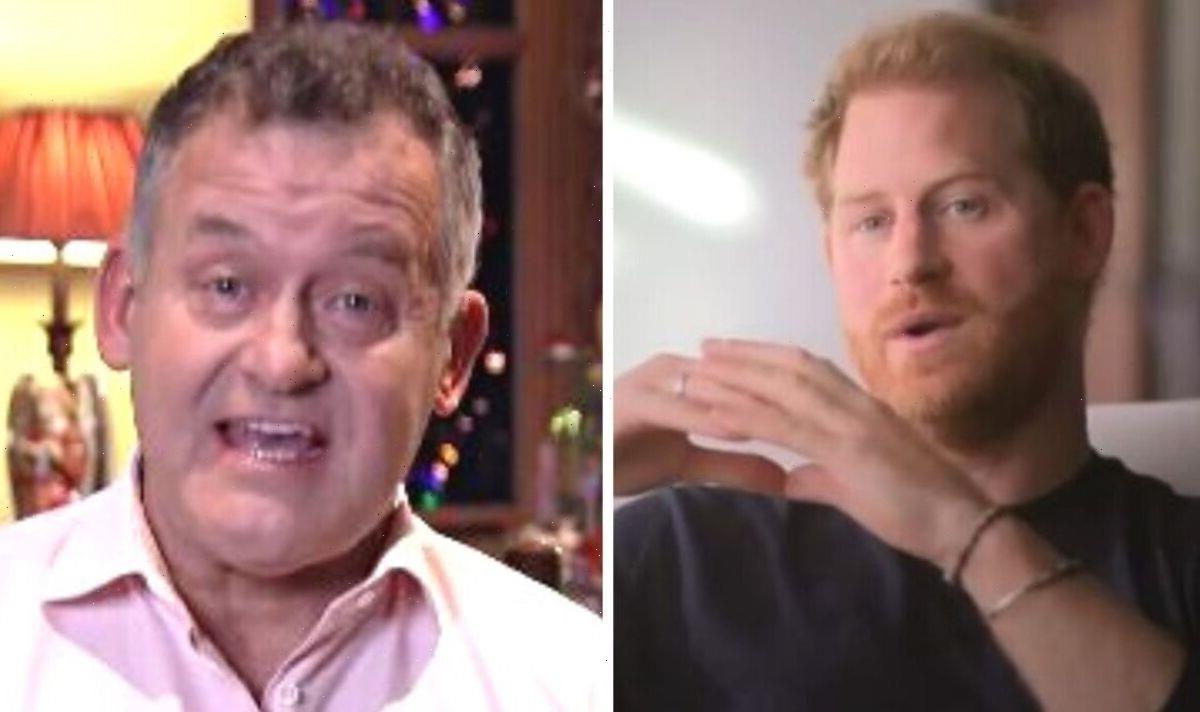 Paul joined Piers Morgan on Thursday’s Uncensored to debate the three new episodes of the Netflix series, Harry & Meghan, released earlier that day. The 64-year-old expressed his disappointment in Prince Harry and Meghan Markle’s claims about the Royal Family and remarked the Duke would probably not be “welcomed back again.”

Prince Harry claimed he was “screamed at” by Prince William during talks about his potential exit from the monarchy.

He also alleged how the late Queen Elizabeth II had “remained silent” during the rows.

Dissecting the series, Paul told TalkTV broadcaster Piers: “I was very saddened by all of it because I realised there’s no way back now for Harry.

“He’s disrespected his grandmother’s legacy, which is the Commonwealth of countries, which she upheld all through her lifetime.

“You can’t say these things about your family and get away with it, and I don’t think that he’ll ever be welcome back here again.

“I think the British public will have something to say about that.”

He continued: “There’s certain things that came out in this interview which I totally didn’t agree with at all.

“I mean, he said that he couldn’t get to his grandmother.

“He lived literally a few hundred yards away from her back door at Windsor Castle at Frogmore Cottage.

“He could have walked up the hill, gone through that door and gone into his grandmother’s sitting room at any time and said, ‘Granny, I’ve got a problem.’

“The Queen’s door was always open. It doesn’t matter about what the courtiers say, the Queen would say, ‘I’m your grandmother Harry. I love you. You can come and talk to me if you have a problem.’

“So Harry, you’re trying to pull the wool over our eyes. I know better than that.”

Referring to the family argument, Paul went on: “The meeting at Sandringham, yes, you did attend that.

“In that meeting, apparently Harry said to his grandmother, ‘I’d like to stay in the Royal Family and wear my uniform, and have my army contacts and then go back to America and do my commercial campaigns.’

“And the Queen quite rightly said, ‘Harry you can’t have one foot in the camp one foot out, because that’s not fair to the rest of the Royal Family who can’t do these commercial deals who just do their duty for the country. So you can’t have your cake and eat it.’

“Quite rightly, the Queen herself said no. So Harry went back to America and left the Royal Family.”

Predicting what kind of response the Royal Family could give, Paul stated: “They’ll be appalled by all of this, washing all this dirty laundry in public.

“It’s not their scene and they will close ranks. They will hold it together with dignity, and that’s what we expect them to do.

“Kate and William [are our] future king and queen, Kate has never put a foot wrong. She’s the jewel in our crown right now and she deserves our respect and admiration.”