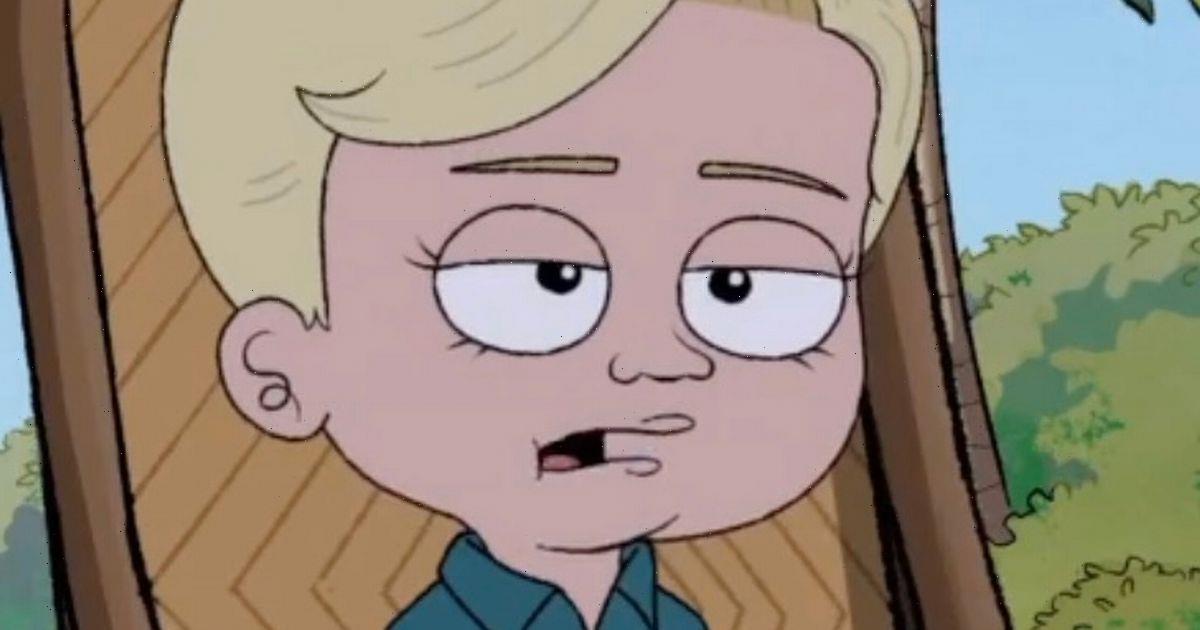 Gary shared the clip to his Instagram account, and it sees Meghan (voiced by Condola Rashad) arrive with Prince Harry (Orlando Bloom) for a holiday with the rest of the Royal Family.

Meghan tells the family: "It was Mint though," before turning to Harry and saying: "Tell them we were in Mint."

Kate Middleton (Lucy Punch) says sarcastically: "They gave you a mint. How lovely for you. I have some gum in my purse if you'd like?"

But Meghan tells her: "No, we were in mind. It's like their business class. It's really nice. They give you these cookies and…"

Quickly George then cuts in and says: "Meghan, I'm begging you to stop now."

The show focuses on Prince George, who makes life difficult for his family and the British monarchy.

It had been slated for a spring 2021 release, but following the death of Prince Philip it was pushed back to early summer.

All 12 episodes were released on streaming service HBO Max on July 29, and it's safe to say it hasn't gone down too well with viewers.

It has been majorly criticised for mocking a real child, with some saying the series is unfair and not appropriate.

The Game of Thrones star had previously hit out at paparazzi for taking pictures of her while she was out and about with her baby.

She wrote on Instagram earlier this year: "She is my daughter. She did not ask for this life, to be photographed. It's f***ing creepy.

"I'm respectfully asking everyone to stop following us around and stop trying to take pictures of our daughter and especially printing them. It's disgusting. You do not have my permission."

Fans weren't happy with her though, suggesting that she was openly mocking Princess Charlotte by taking part in the Prince.

Journalist Colette Fahy wrote: "The mental gymnastics that celebs do to convince themselves they're right. Sophie Turner is within her rights to advocate for privacy for her daughter but how can she think it's ok to be part of this show which mocks Prince George (8), Princess Charlotte (6) and Prince Louis (3)?"

Someone else said: "I’m limited on words.. this series is gross going after kids, interesting voice cast taking this p*** out of children for money while wanting privacy for their child Sophie Turner that you hun? Hope your child is never subject to this, do better!"

While a third wrote: "Sophie Turner wants privacy for her child but has zero care about the kids being mocked here?"