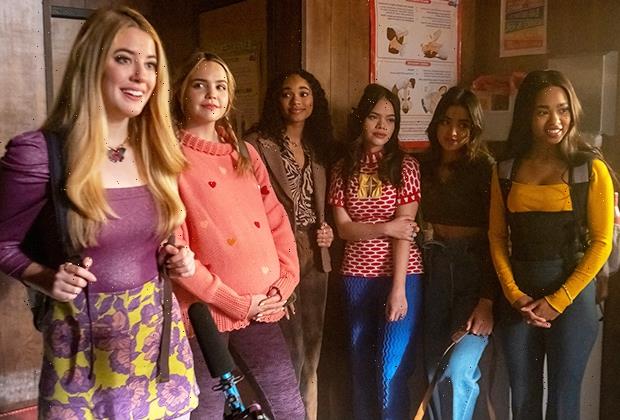 When Pretty Little Liars: Original Sin returns for its second season on HBO Max, it’ll do so as Pretty Little Liars: Summer School, as suggested by an Instagram post from showrunner Roberto Aguirre-Sacasa. He previously hinted at a possible title change earlier this month.

The post features a chilling image of actress Mallory Bechtel in a classroom choking on a cheerleading megaphone. Written behind her on the chalkboard — in blood, naturally — are the words “Summer School” under the show’s iconic title.

“Happy Halloween!” Aguirre-Sacasa writes in the caption. “It may still be October, but it’s not too early to start thinking about summer vacation. Or in the case of Millwood High’s #PrettyLittleLiars…”

With all respect to the Liars, it isn’t entirely surprising that they would end up in summer school, given how hectic their year has been. After all, who has time to do homework when you’re constantly dodging a masked serial killer And because the first season ended with the Liars celebrating Christmas, it’s fair to assume that a time jump would be in order ahead of Season 2.

HBO Max has no comment on the potential title change. What are your thoughts on Pretty Little Liars: Summer School? Drop ’em in a comment below.