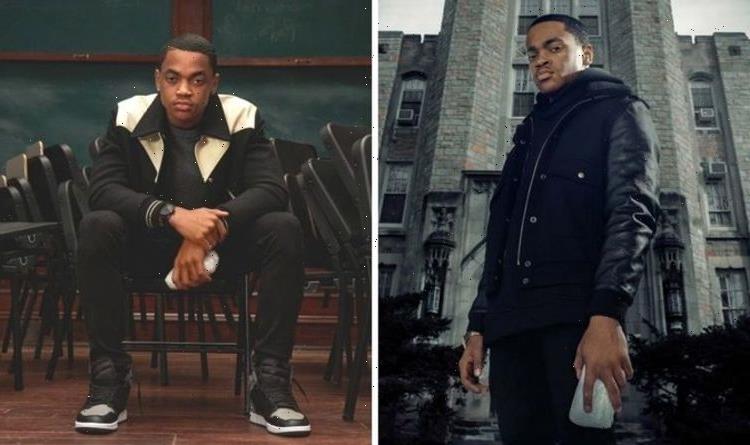 The highly-anticipated second season of Power’s hit spin-off will, at last, make its comeback on Starz. Power Book II: Ghost followed the life of Tariq St Patrick (played by Michael Rainey Jr) showed the chaotic aftermath of his life after killing his father. Ahead of the show’s release Express.co.uk spoke to the actor who hinted at his character getting away with yet another murder.

Michael exclaimed: “The beginning of this season is insane,” when asked about Tariq’s fate after murdering his professor.

“It’s funny because the first two seasons he’s coming over murdering someone at the beginning of both seasons,” the actor continued.

The college professor gained an unhealthy obsession with the teenager and once he figured out the truth about Tariq he was planning on writing a book about him.

This was the second murder Tariq committed after murdering his father, James ‘Ghost’ St Patrick (Omari Hardwick) in the original series of Power.

While his death was the finale in the series, Power Book II followed the implications of his actions after his mother Tasha St Patrick (Naturi Naughton) took the fall for him.

Although Michael labelled it the “fun thing” about the series, he also admitted it would be “a lot” for his character.

Despite this, the actor revealed: “If he does all the right things and follows due diligence,” Jabari’s murder could be another unpunished one to add to his roster.

Speaking on the upcoming season two, Michael continued: “That death is weighing on him too.”

Jabari was using Tariq as the subject of his upcoming novel and unfortunately got too close when he discovered the teenager was selling drugs on campus, despite being at an Ivy League University.

Tariq had been distributing the drugs for the Tejada family and when the impulsive Cane Tejada (Woody McClain) overheard the professor asking Tariq about a recent murder involving his family he shot Jabari.

However, it was Tariq who ultimately killed him, as he said: “I don’t have a choice, professor,” knowing he would expose the entire Tejada drug cartel.

The teenager used the money he owed no-nonsense queen pin, Monet Tejada (Mary J Blige) to help get his mother out of prison.

While actively being a student, he was using the drug money he earned to pay dodgy, high-powered defence lawyer Davis MacLean (Method Man), who successfully got Tasha out and in witness protection.

This came after they were able to pin Ghost’s death on his best friend Tommy Egan (Joesph Sikora) who had multiple run-ins with the law.

This was a risky, yet calculated move for the Tariq as Tommy witnessed him shoot his father and even made an appearance in season one to threaten him.

However, Monet was able to get rid of Tommy because she needed Tariq to continue selling drugs for the Tejada cartel.

Speaking more on his character’s fate, Michael hinted: “Tariq is like Ghost, he always finds a way to handle, what he has to handle.”