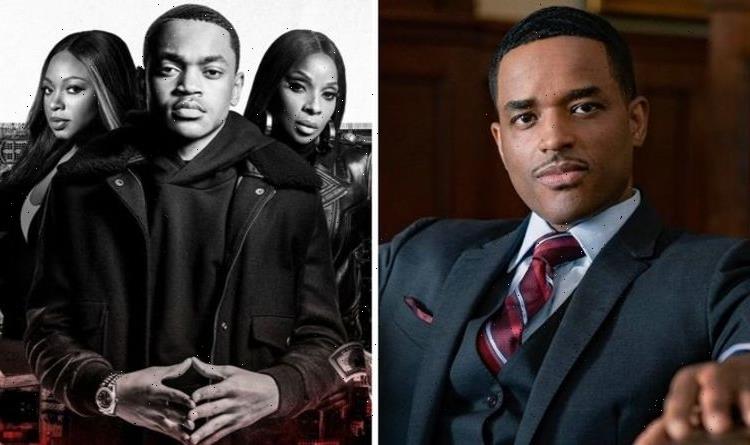 The second season of Power Book II: Ghost will see the return of corrupt councilman Rashad Tate (played by Larenz Tate), this time in a much bigger role. After his brief appearances in the first season of Starz’ new spin-off, the network announced the supporting star has been promoted to series regular ahead of the upcoming premiere.

Rashad Tate will launch another bid for power as one of the primary antagonists of the new season of Power Book II: Ghost.

After appearing in just two episodes in the spin-off’s first season, Starz has confirmed Tate has been upped to series regular for the next outing.

“With the loss of the New York gubernatorial race still fresh, he refuses to feel sorry for himself,” Starz explained.

“Some guidance from his brother pushes Tate to stop waiting for something to happen and to use his influence to take action – leading him to unexpected places.”

“After sampling a taste of power, Tate won’t be satisfied until he has the full meal, but he’ll have to decide what he’s willing to sacrifice for his seat at the table.”

Plus, LaToya Tonodeo, Method Man and Gianni Paolo will all be coming back, though it’s still unclear whether Tariq’s mother Tasha (Naturi Naughton) will make an appearance.

The wildly popular sequel series will return this November as Tariq St Patrick (Michael Rainey Jr) struggles to find his calling after the death of his father.

With his partnership with Monet Tejada (Mary J Blige) strengthening, Tariq will have to look out for enemies on all sides as he delves deeper into the drug game.

Season two will throw even more danger his way, as an old enemy of his late father, James ‘Ghost’ St Patrick (Omari Hardwick) comes back into the fold.

Throughout the original series, Tate used Ghost’s status in New York to gain leverage as the city’s next governor.

The shady politician lost the race but will be more determined than ever when he returns in Book II.

Starz is also lining up a leading role for Larenz Tate in his own spin-off, Book V: Influence, expected in 2022.

He briefly appeared as a minor antagonist in Book II’s first season after hitting rock bottom in season six.

Following the death of James St Patrick, he lied about his connections to the New York drug lord in order to protect his reputation.

Tate could become an unexpected ally for Tariq as he fights to protect what’s left of his family.

With his mother in witness protection, he’ll be turning for help from Saxe, David Maclean (Method Man) and Tate.

However, as Starz confirmed: “All of these options come with a steep price, so it’s back to business with the Tejadas.”

Unfortunately, Monet is suspicious of her new partner after two murders at Stansfield, so Tariq will have to fight for himself for the first time when the new season kicks off.