As President Trump's legal issues mount, and the list of characters and intersecting plot lines in the Russia probe becomes more complicated than a season of The Wire, podcast Mueller, She Wrote is there to capture every minute detail with incredible research, biting humour and an insider's perspective.

"I started [working for the US government] the same day Obama took his oath of office, and seeing what was happening to my agency under [the Trump] administration was demoralising to say the least," says AG, the anonymous government worker behind Mueller, She Wrote. 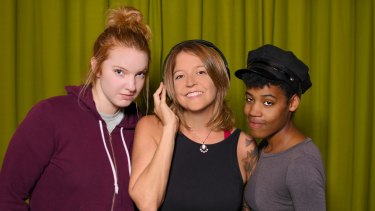 "I've been a political junkie for a long time, but this really pushed everything into overdrive."

AG was inspired to create Mueller, She Wrote while watching a documentary about the Watergate scandal.

"I felt like in 30 years, someone would be putting together a documentary on the Mueller probe, and I decided I wanted to be part of it. So I began researching, found my co-hosts, and set up three microphones in my kitchen and got to it!" AG says.

Co-hosts Jaleesa Johnson and Jordan Coburn "were amazing up and comers [in the San Diego comedy scene] and I was an old hat. I wanted to have a diverse panel of women on the pod, and since it was comedy based, I thought that they'd be perfect."

AG's predictions are better than most; she often beats the New York Times or Washington Post to the next major twist in the scandal. With that in mind, I asked AG how she thinks the Mueller investigation will end.

"I think that's all up in the air. I feel like Mueller wants us to do the work of the American electorate and either impeach or vote him out, but there is nothing that says, insofar as we know, that a sitting president can't be indicted; except the Department of Justice policy, which is amendable at any time by the Attorney General," says AG.

"My guess, and this is only a guess, is that Mueller may try to extract a resignation from Trump in exchange for clemency. That would remove him from office, prevent him from running again, and it would preserve the dignity of the executive branch and office of the presidency."

Despite Trump's best efforts to demean the office of the president, and the United States in general, the podcast has an unshakable optimism in the country and its institutions.

"Because we have a reality show president, it's very much like a reality show, and that's how Trump likes it. He's a drama magnet. My hope is that humour and optimism will help us hang on to hope and prevent us becoming fatigued by the insanity and the ridiculous pace of the news."